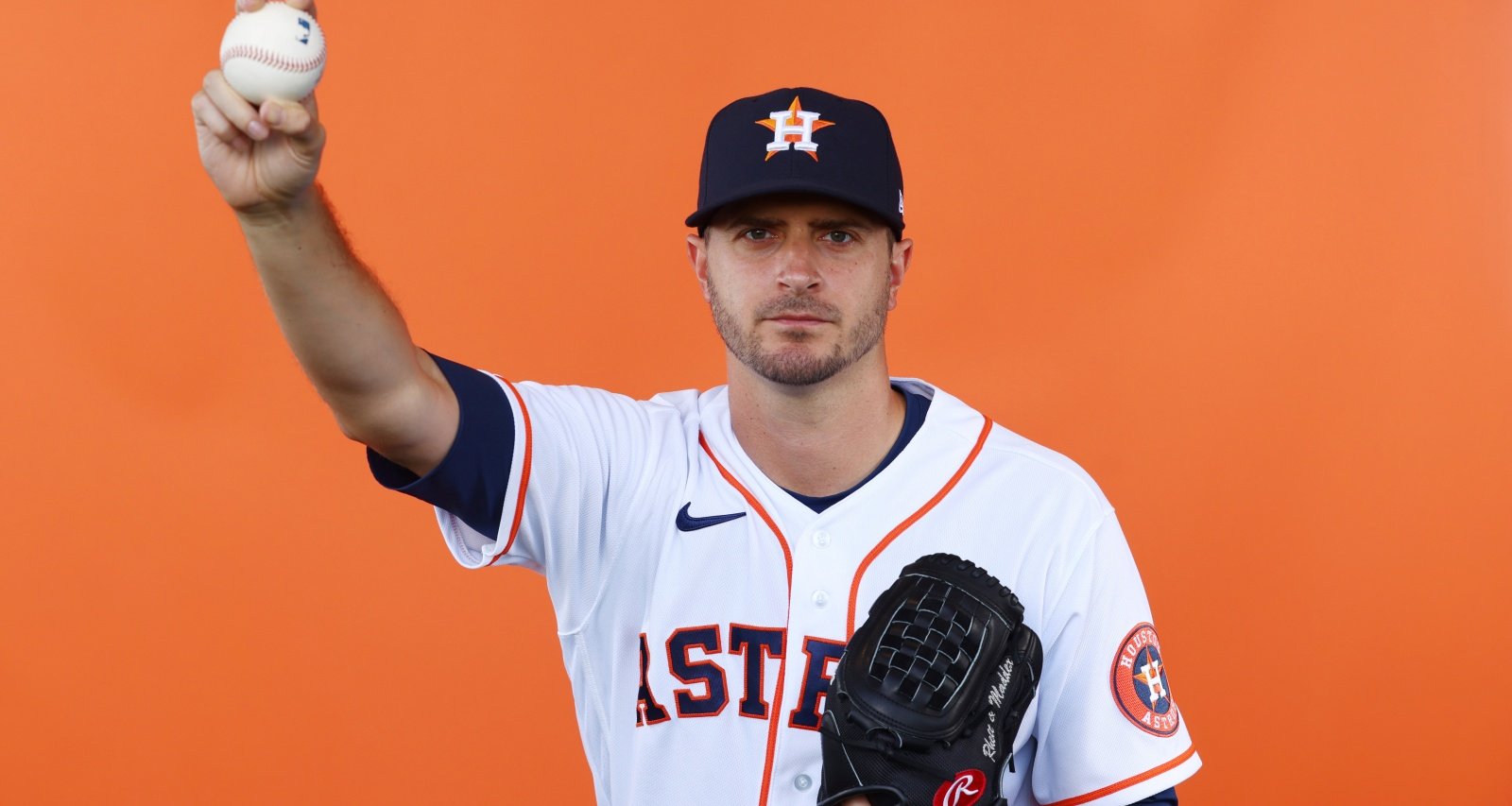 Jake Odorizzi #17 of the Houston Astros poses for a photo during Photo Day at The Ballpark of the Palm Beaches on March 16, 2022 in West Palm Beach, Florida. (Photo by Michael Reaves/Getty Images)

Houston Astros pitcher Jake Odorizzi was carted off the field after suffering an injury during the Red Sox game. The incident has fans asking about what happened to Jake Odorizzi and more curious about his personal life. He is minimally active on social media, and so is his other half. So, Astros fans are always looking up details on Jake Odorizzi’s wife, Carissa Odorizzi, since the franchise signed the right-hander in 2021. She’s got a limited presence online, too. But she’s supported her longtime beau’s baseball career long before he was an MLB pro. We reveal more about their relationship in this Carissa Odorizzi wiki.

Carissa Nicole Boxell was born on September 18, 1987. She hails from Highland, Illinois, where Jake Odorizzi grew up.

Carissa is the youngest of two children born to Linda and Greg Boxell. Her parents, along with her brother, Ryan, and his spouse and children, reside in Highland.

Carissa and Jake maintain their connection to their hometown. They’ve often contributed to the local community in times of need.

Jake Odorizzi was the star of the baseball team at Highland High School. His high school sweetheart, Carissa Boxell, has been by his side long before he was a professional athlete.

He was selected by the Milwaukee Brewers in the 2008 MLB draft. He has since played with the Kansas City Royals, Tampa Bay Rays, Minnesota Twins, and currently the Houston Astros.

Carissa has moved with him wherever his career took him. And she has always been a part of the local baseball community.

When the Royals called up Jake to the majors in September 2012, he broke the exciting news to his parents and then-fiancée, Carissa, in Highland. Two months later, Carissa Boxell and Jake Odorizzi tied the knot on November 10, 2012.

When the couple lived in Florida, they welcomed their first child together. Their oldest son, Rhett, was born on December 27, 2015.

A week before Rhett’s third birthday, his little brother, Maddex James, was born on December 20, 2018.