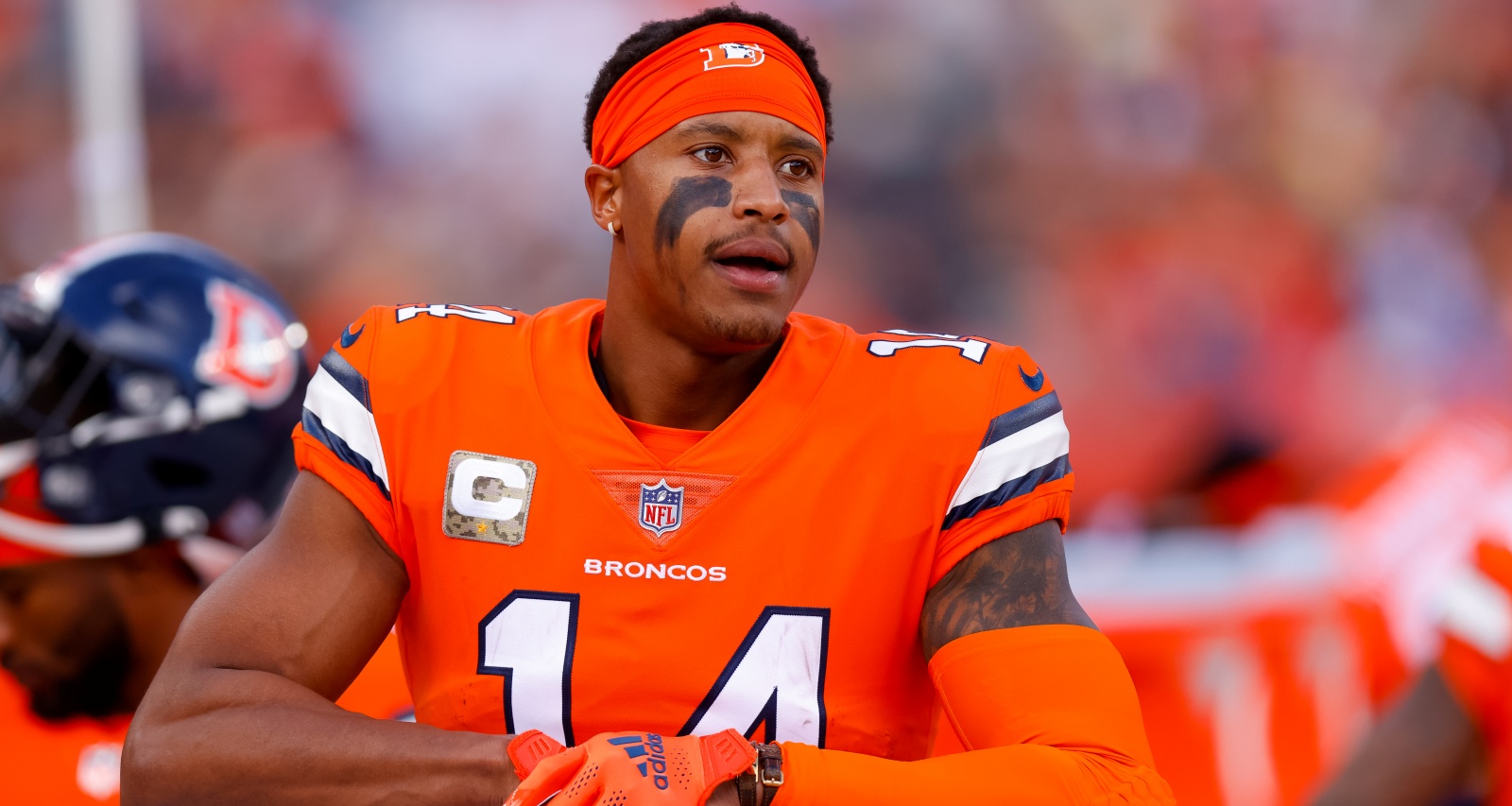 Wide receiver Courtland Sutton #14 of the Denver Broncos adjusts his gloves on the sidelines during the first half against the Philadelphia Eagles at Empower Field at Mile High on November 14, 2021 in Denver, Colorado. (Photo by Justin Edmonds/Getty Images)

Courtland Sutton is bouncing back from injuries, signing contract extensions, and showing his excitement for the revamping within the Denver Broncos. But this wide receiver remains mysterious about his personal life. It makes Broncos fans especially curious about Courtland Sutton’s girlfriend. He is reportedly in a relationship with Brea Ridgeway, one of the most low-key NFL WAGs on social media. Fans want to know more about who Brea is and what her background is now that she is going to stay in Colorado longer with her beau. So we reveal those details in this Brea Ridgeway wiki.

Brea Ridgeway reportedly was born on November 3, 1994. Her family is based in Grand Prairie, Texas.

She is one of three children born to Charles Ridgeway and Avis Ridgeway. She has a sister, Courtney Ridgeway, and a little brother, Kobe Ridgeway. Brea’s brother, Kobe, is a high school football player.

Her mother, Avis, is a social security administration employee. Her father, Charles, is a retired Marine sergeant.

Brea Ridgeway studied mass communication and media studies at the University of North Georgia from 2013 to 2015. She later received her bachelor’s degree in digital communication from Georgia State University in 2018.

While in college, Ridgeway worked as a sales associate at American Threads. She also had a social media marketing internship at Bounce TV.

One of her earliest jobs was as a social media coordinator for The Ivy Lane in Georgia in 2019. She is currently based in Colorado where she is a marketing coordinator for Bello Haven Hair Extensions since 2020.

Brea Ridgeway and Courtland Sutton are extremely low-key about their relationship. They aren’t very active on their respective social and therefore don’t post about each other much.

In 2020, both Sutton and Ridgeway were credited together for their philanthropic work during the pandemic. The couple filmed a special video message praising the frontline workers during the COVID-19 pandemic.