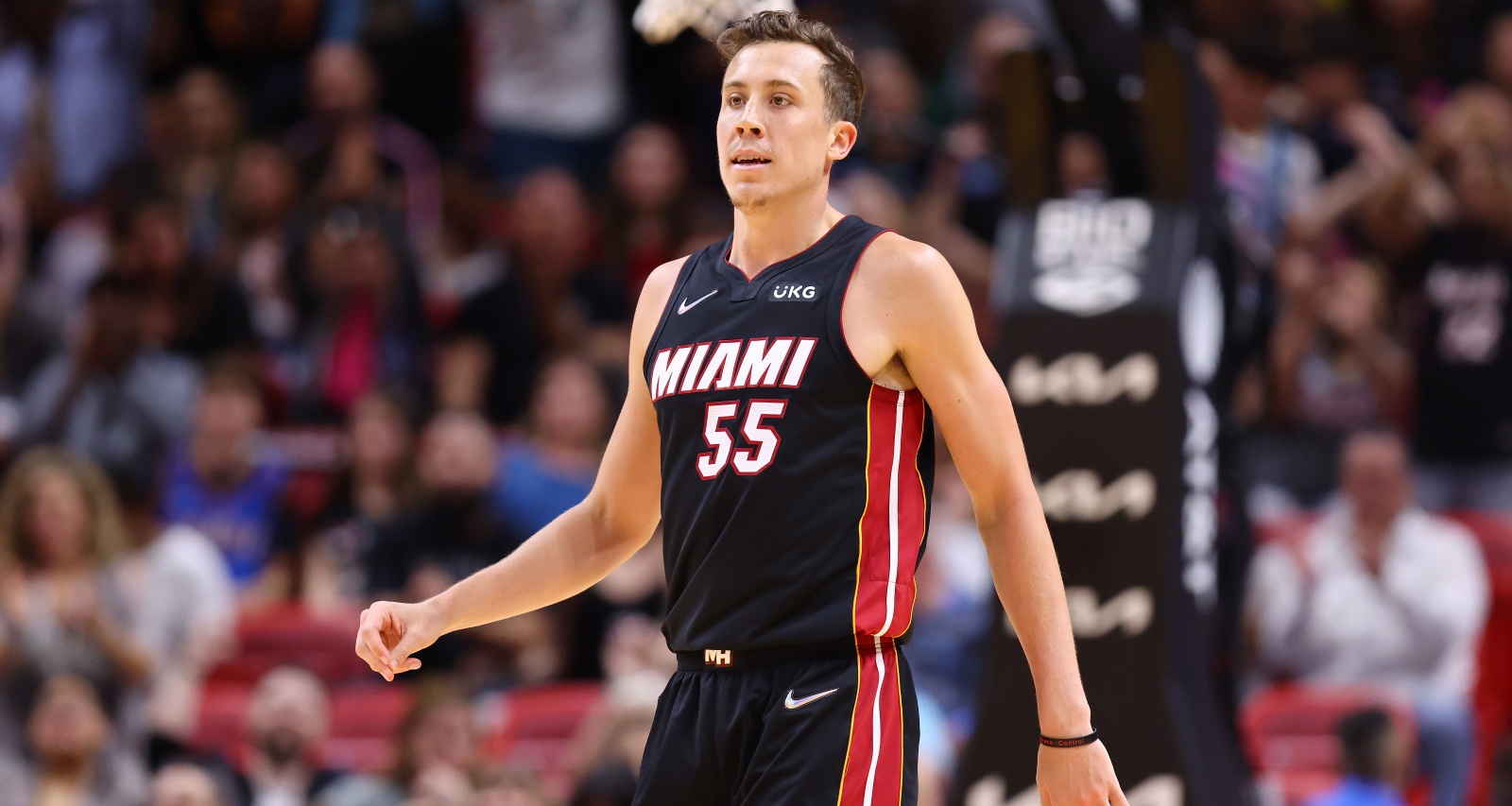 Duncan Robinson #55 of the Miami Heat reacts against the Oklahoma City Thunder during the second half at FTX Arena on March 18, 2022 in Miami, Florida. NOTE TO USER: User expressly acknowledges and agrees that, by downloading and or using this photograph, User is consenting to the terms and conditions of the Getty Images License Agreement. (Photo by Michael Reaves/Getty Images)

As Miami Heat faced off against the Atlanta Hawks in the 2022 NBA Playoffs, all eyes were on the Heat’s young shooting guard, Duncan Robinson. Fans are also inquisitive about the NBA pro’s personal life, asking who is Duncan Robinson’s girlfriend? Caroline Nava and Duncan Robinson have been together almost as long as the Michigan alum’s professional career. There was a brief period where this WAG was also the subject of polarizing attention. They have since kept their relationship so low-key that Heat fans are often curious if Robinson is dating anyone. From the looks of it, this Miami-based couple is still going strong. So we’ll provide some more insight into their romance in this Caroline Nava wiki.

Caroline Nava was born on April 7, 1997 and hails from Florida. She grew up in a large family and apparently has five sisters, including Jackie, Elle, Katie, and Jessie.

Her parents are Kim and Robert Nava of Miami. They work for State Farm.

Caroline Nava was an outstanding student-athlete as a part of the Pine Crest swimming team. She was later a member of the Florida State University swim team when she began there in 2015.

She competed in two seasons, was part of the advisory council, and participated in sorority and campus events. She graduated with a BS degree in professional sales and management.

Nava had a brief job in sales for Vector Marketing. From 2019 to 2021, she was a professional clothier with the Tom James Company. Currently, Nava is a technical recruiter and account manager for Signature Consultants in Miami.

Duncan Robinson and Caroline Nava have been dating at least since 2019. They are extremely private on social media and details of their relationship are vague. Robinson most recently appeared in Nava’s Instagram in February.

In 2020, pictures from Nava’s Instagram were a hot topic on the Internet, as she was reportedly sporting MAGA merchandise. Miami Heat fans were apparently upset by the political inclinations of Robinson’s girlfriend. Neither have discussed politics in public and the pictures have since been deleted.