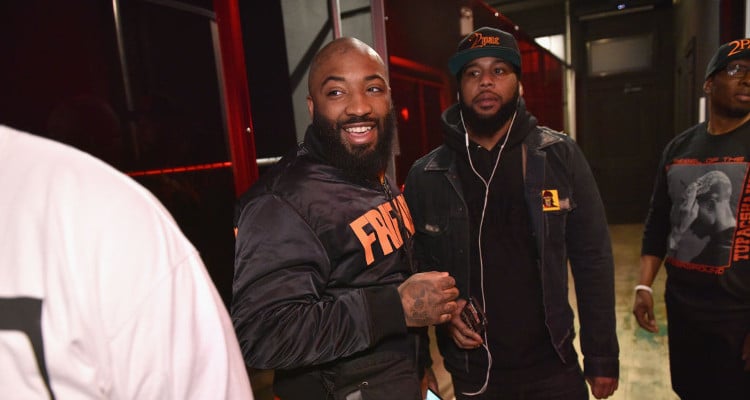 A$AP Bari, the figurehead of A$AP Mob and a fashion icon, is embroiled in a sexual assault scandal. This is the second time a video has landed him in trouble.

Who is A$AP Bari? He’s the founding member of the hip-hop collective, A$AP Mob that also includes A$AP Rocky, A$AP Yams, and A$AP Illz. He created a fashion label and is a hip-hop entrepreneur that rivals Sean Combs and Dame Dash. He recently launched a new shoe under his label, but that’s hardly the talk of the town. A$AP Bari’s controversies keep him in the limelight. A sexual assault video of A$AP Bari has surfaced that also reignites an old feud. Learn all about it in our A$AP Bari wiki, right here.

Harlem-born Jabari Shelton got together with his childhood friend, Steven Rodriguez, to form a hip-hop collective in 2006. Under the names A$AP Bari and A$AP Yams respectively, A$AP Mob was formed. The group whose card-carrying members are rappers, producers, music video directors, and fashion designers, boasts of several members, the most notable being A$AP Rocky.

Bari is known as the most stylish emcee in the business and has influenced the entire style quotient of the Mob. He inducted Rocky into the Mob’s folds and even got the rapper fashion deals. After the death of A$AP Yams, he’s seen as the figurehead of the group.

#2. He Has His Own Fashion Line

Bari’s style is unrivaled in the Mob. When he was younger, he made trips to SoHo from Harlem where he stole and studied luxury clothing. Years later, he used this knowledge to build his own streetwear empire, VLONE, with items he just can’t seem to stock fast enough!

He used to design Rocky’s merchandise for his tours, including the squad’s custom Nike destroyer jacket. That led him to establish VLONE in 2011 and debut its first collection. His low-cost high-margin designs make for cleared out shelves.

This is a big year for VLONE. Bari cemented a partnership with Nike, debuted a Tupac collection of graphic tees, and hinted at a Scarface collection. VLONE recently debuted in London with a super-successful pop-up shop. The company made its first Paris Fashion Week debut this year. Though panned by jaded critics, the star-power attraction and social media frenzy made VLONE’s fashion show a success.

A$AP Bari’s net worth hasn’t been calculated, but as a brand and company itself, VLONE is said to have quite a valuable price tag. So, it probably adds to Bari’s wealth.

Ian Connor was a “style entrepreneur,” who worked with big names like Kanye West, Wiz Khalifa, and A$AP Rocky. But all the fame that came with hanging out with Kanye was for nothing, as he was accused of rape by six women. Rapper Theophilus London initially supported him, but later disowned him.

Shortly after his fallout with London, Connor got into an altercation with both London and Bari. The VLONE mogul punched Connor as they were leaving a store in Paris. Rocky and his bodyguard had to intervene to break up the fight!

Though the public brawl was broken up, that didn’t mean it was over. The trio took to Twitter and it was Connor vs. London and Bari. They brought up Connor’s rape accusations and stabbing Bari in the back. Connor then accused Bari of being jealous of him.

In the feud last year, Connor claimed to have evidence of child molestation by Bari. However there was no proof to take him seriously at that time. However, Bari appears to be sailing in the same boat as Connor now.

On July 12, a video surfaced online alleging sexual misconduct by Bari and an unidentified woman. In a since deleted tweet, Bari called it “fake.” However, Ian Connor appears to be in a celebratory mood on Twitter. He sent out tweets claiming that he has waited for this day to upload a certain video. He didn’t exactly mention Bari, but targeted VLONE.

I'm About To Upload A Video, I Was Waiting For This Day For So Long.

The Universe Gives and Takes but I Knew This Day Would Come.