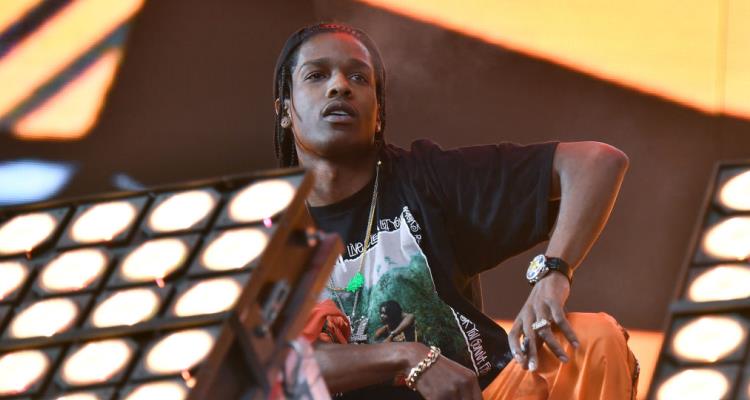 ASAP Rocky (or A$AP Rocky, if you want to be picky) is an American record producer, director, actor, and rapper. Just so you don’t confuse him with rapper Aesop Rock, our man has a dollar sign in his name, French braids in his hair, and a certain Kardashian clan member on his arm.

The latest news is A$AP Rocky’s girlfriend is so “super happy” that he wants no part of KUWTK (and if you have to look that up, it shows you’ve not been keeping up with the key celebrity gossip news site on this side of the Atlantic)!

Is A$AP Rock Keeping Up with the Kardashians (or not)?

Having nothing to do with KUWTK is in line with the couple’s strategy to keep their relationship out of the media spotlight. Never mind that they have been seen hanging out everywhere from Paris to L.A. to Malibu to Timbuktu, since they first met last year. But hey, if that’s their way of keeping things low profile, we don’t know any better.

A Rap Connection to Start With

A$AP Rocky was born Rakim Mayers (inspired from the Hip Hop Duo, EricB & Rakim) 29 summers ago in NY. Rakim started rapping at the age of 8, picking up the singing style and his trademark French braids from his older brother. When Rakim was 13, his brother’s untimely death inspired Rakim to take rapping more seriously. A$AP Rocky’s age (and teenage spirit) helped him quickly make the leap from aspiring rapper to one of the brightest young stars in hip-hop today. Along the way, he became member of the hip hop group A$AP Mob; full marks for guessing where he got his stage name from!

A$AP Rocky sprang onto the national rap scene in early 2011, with his hit single “Peso.” His second track, “Purple Swag,” soon followed. Rocky’s debut mixtape Live.Love.A$AP opened to critical acclaim and led to record deals with leading music companies. In 2013, his debut album, Long.Live.A$AP debuted at number one on the Billboard 200 chart.

His second album, At.Long.Last.A$AP (2015), also debuted at number one on Billboard 200. Not surprisingly, the “Fu**ing’ Problems” rapper’s upcoming album is the talk of the rapping universe, and one of the most anticipated music events of 2017.

Set to release later this year, the album will have tracks produced by Jim Jonsin, who produced “L$D” from A$AP Rocky’s At.Long.Last.A$AP album. Musical Legend Lenny Kravitz will in all likelihood team up for one of the tracks. This amazing merger was in the cards after A$AP appeared alongside Lenny’s daughter, Zoe, in the film Dope. Speaking of films, A$AP has also acted in Zoolander2 and Popstar: Never Stop Never Stopping. He also lent his voice to Falcon in the Marvel Avengers Academy video game.

A$AP Rocky also directs music videos and produces records under the pseudonym, Lord Flacko. Did we mention he is kind of a big deal?  And going by what we see under A$AP Rocky’s net worth ($6.0 million), and by the $ sign in his name, almost everything he touches turns to gold! But more than the money, A$AP Rocky has an “agenda” with his third album. Whispers that he may be “overrated” prompted him to hit back on A$AP Rocky’s Twitter account, where he pointed out that he’s put out an album every two years, teasing that he’s gotta level up for 2017.

“I think they running out of rappers to compare me with

Ain’t a bitch out bad enough to pair me with

… A$AP Rocky is clearly out to prove a point.

Getting a Little More Personal

Yes, like all rap stars A$AP has a past. Ex-girlfriend Iggy Azalea has recently scratched out A$AP from her Live.Love.A$AP tattoo.  As far as she’s concerned, living and loving can go on without A$AP, thank you very much! However, the A$AP Rocky Chanel Iman story has a better ending, with our man wanting to ‘be friends’ with Iman. He still considers her one of his best friends.

For more details and all the latest on PRETTY FLACKO (@asaprocky), head over to A$AP Rocky’s Instagram account! It has 109k Followers, 82 Following, and 3602 posts right now. While he stays away from cameras on Keeping Up with the Kardashians, maybe he’ll pose for his own camera and keep us updated on his life through the Insta lens!