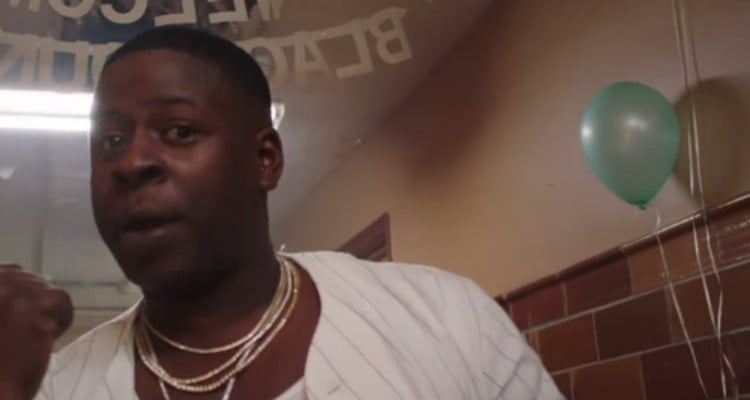 Blac Youngsta is the next big thing in hip-hop. But somehow, his string of controversies get more coverage than his music. He’s landed in all kinds of trouble but his latest is on a whole other level. It may have to do with his attempt to expand his personal brand with the use of Instagram. His posts also make us wonder about Blac Youngsta’s net worth. Find out about his new mixtape and more right here in Blac Youngsta’s wiki.

#1. He Didn’t Let His Speech Impediment Stop Him

Sam Benson from Memphis Tennessee dreamed of becoming an entertainer. He wanted to act in movies, or take up boxing, or spit some rhymes to get famous. Years later, he signed with Yo Gotti’s label and his antics and songs released under the name Blac Youngsta made him gain a solid fan base as a rapper.

Benson has a stutter, but he didn’t let it stop him from becoming a rapper. “As far with the stuttering and all this s**t like, I got a speech problem and a stuttering problem, like a real-life, serious problem,” the emcee said, “That’s why I never went too hard with the rap s**t, ’cause I thought people were gonna laugh at me ’cause I prolly [sic] don’t know how to pronounce certain s**t right… It’s just in my family. But the thing is I don’t stutter as bad as I do on.”

His 2014 single, “Heavy” was his breakthrough anthem. He released his latest mixtape, I’m Innocent this year. Each of the 10 new tracks can be heard live when the 27-year-old headlines his first concert tour.

I'M SO GLAD I DON'T HAVE TO DO THE BAD SHIT I USE TO DO FOR MONEY NO MORE I WILL NEVER LOOK BACK OR GO BACK UNLESS I'M GOING BACK TO HELP THANK YOU GOD FOR MAKING ME SO RICH ?? #HEAVYCAMP

#2. He Was Confused for a Fraudster

The first of Blac Youngsta’s famous troubles was a case of mistaken identity more than a year ago. He withdrew $200,000 in cash from his bank account at a Wells Fargo Bank in Atlanta because he planned to buy an expensive car and didn’t believe in checks.

However, soon after he withdrew the money, he and his entourage were detained at the bank by police officers. It was a confusing ordeal since there was no clear reason for arresting Youngsta. Authorities had said that someone used a fraudulent check.

As it turned out, the police had him confused with another check fraudster. Wells Fargo had tried to cover it up by saying Youngsta didn’t have an account in their bank. When the rapper provided some pretty solid evidence that he did, in fact, hold a checking account, the bank tried to discretely close his account citing vague reasons. At the end of the saga, Wells Fargo faced severe backlash and Blac Youngsta emerged victorious.

Youngsta wasn’t kidding when he said he doesn’t believe in checks. The rapper has deleted several Instagram posts but the ones that remain show his giant stacks of cash. He loves showing off his money in playful ways. Most recently, he joined a slew of rappers like Future, posting pictures of their “money phones” on social media.

If you haven’t heard, rappers are clapping back at Jay Z’s jab in his new album, 4:44. “Money phones” refer to hip-hop artists’ tendencies to flex on social media holding wads of cash to their ears like a phone. Youngsta upgraded his money phone to a giant stack of cash.

#4. He is Accused in a Shooting Case

Earlier this year, fellow Memphis rapper, Young Dolph’s SUV was shot at several times when he was at the annual CIAA event in Charlotte. His vehicle was fortunately bulletproof, so no one was harmed. Dolph had a long feud with Yo Gotti and Youngsta. Soon after the shooting, Dolph was back on stage performing his diss track targeting Gotti.

Whether Youngsta has any connection to the shooting hasn’t been proved. In May, the rapper turned himself in after warrants were issued for his arrest in the investigation of the shooting. He was charged with six counts of discharging a weapon and conspiracy felony. He was later released from jail while the investigation goes on. His new mixtape, I’m Innocent is in response to the shooting allegations. He has emphatically claimed his innocence and is determined to prove that.

While he fights to clear his name, Youngsta’s problems won’t cease. Notorious for some attention-grabbing Instagram posts, his latest one turned heads in the wrong way. The rapper posted a tribute to the late Tupac Shakur. While the intended purpose is understandable, Youngsta faced backlash for photographing himself on a cross.

The post is a still from his upcoming music video tribute to Tupac. There’s no word on when or if it will be released given the criticism. Even his fellow hip-hop artists have criticized the representation.

NEVER GIVE UP ON YOU BECAUSE EVERYBODY YOU THINK ROOTING FOR YOU ALREADY GAVE UP ON YOU ????? #HEAVYCAMP