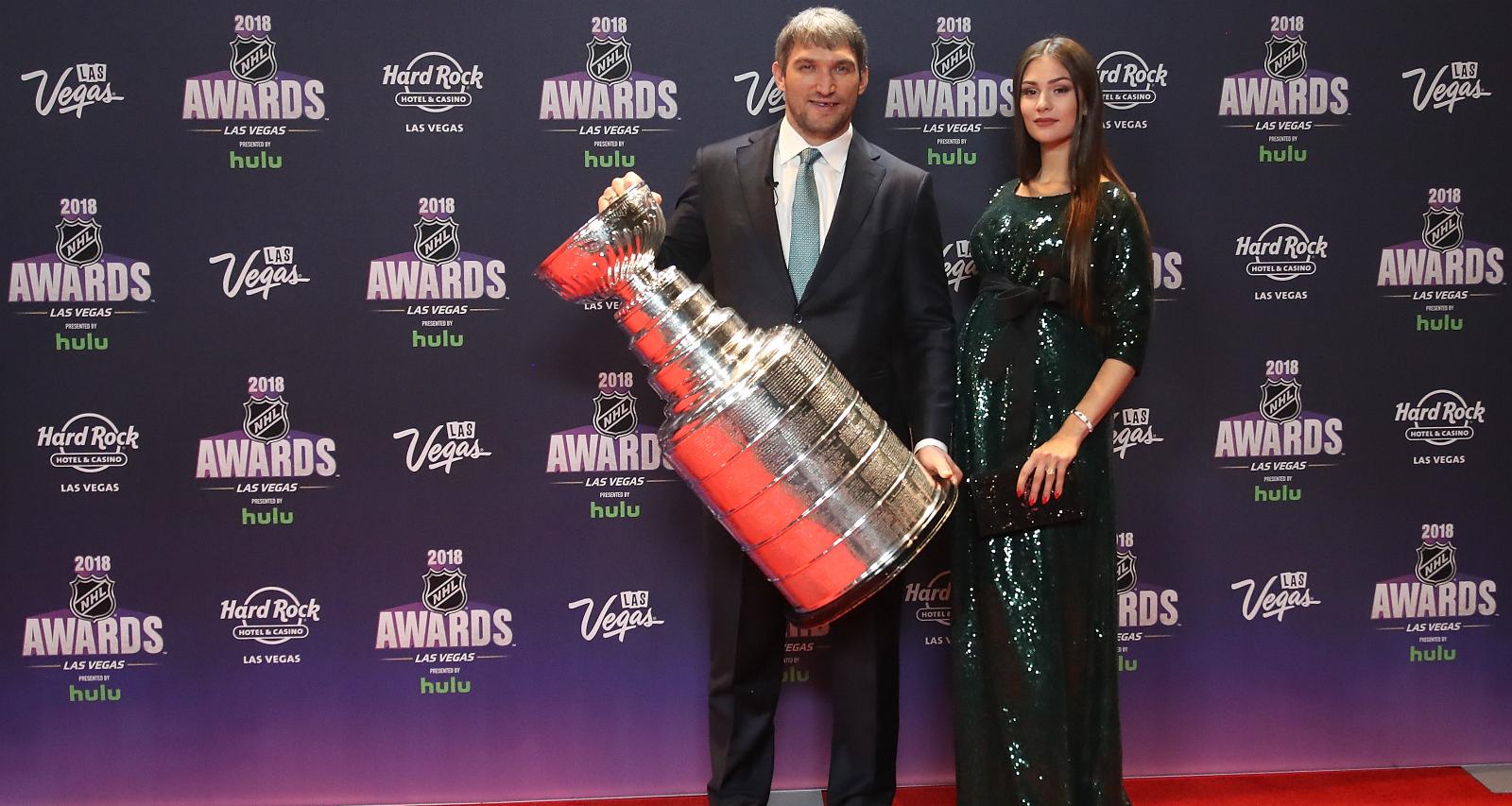 Anastasia Shubskaya and Alex Ovechkin are a happily married couple despite the nine-year age difference between them. They are both from Moscow, Russia but currently live in the United States. Shubskaya is a model who has done extensive work in Russia and now plans to become a producer in Hollywood.

Russian model Anastasia Shubskaya is a gorgeous woman. Sorry guys, but she is taken. That’s right!

Shubskaya is happily married to Alexander Ovechkin. He is a Russian professional winger and captain of the Washington Capitals in the National Hockey League (NHL). Ovechkin is widely considered one of the best ice hockey players of the modern NHL, and right now, he’s likely still celebrating his team’s huge win last night over the Vegas Golden Knights in the 2018 Stanley Cup final.

Shubskaya is not just famous for being Ovechkin’s wife; she is well-known in her own right as she is a high-in-demand model. And even though her marriage with Ovechkin takes up most of her time, she still dazzles for the camera whenever she gets the opportunity to do so.

Here are a few details from Anastasia Shubskaya’s wiki.

How Old Is Alex Ovechkin’s Wife?

Anastasia Shubskaya was born on November 16, 1993, in Switzerland, which makes Alex Ovechkin’s wife’s age 24. She later lived with her parents in Moscow, Russia.

Her mother was the famous actress and director, Vera Glagoleva, and is best known for her roles in famous Russian movies like At the End of the World and Poor Sasha. She passed away in August 2017 in a hospital in Germany after fighting a losing battle with cancer.

Shubskaya’s father’s name is Kirill Shubsky. He is currently the CEO of RT-Chemical Technologies and Composite Materials and a former shipbuilder. At one time, he was an adviser to the president of the Russian Olympic Committee, Leonid Tyagachev.

Shubskaya has two siblings from her mother’s side, sisters named Anna and Maria.

Thanks to her drop-dead gorgeous looks, Shubskaya became a model at a young age and started appearing early on in campaigns. She had a keen interest in films, which is why she attended and graduated from the Gerasimov Institute of Cinematography in 2014. That same year, she was named as one of the top 10 bachelorettes in Russia by Elle Magazine.

Shubskaya also completed a four-week acting program from the New York Film Academy and acted in some of her mother’s projects. Even though Shubskaya was living in the United States most of the time, she made it a point to visit Russia to see her family members regularly.

She has done most of her modeling work in Russia but is now working hard to make a name for herself in the United States.

People are curious to know how Shubskaya met Ovechkin and how their relationship blossomed.

The first time they met, Shubskaya was just 14 years old while Ovechkin was 23 and already a big name in ice hockey. Shubskaya, accompanied by her father, attended the Olympics at Beijing, China, and was cheering loudly for the Russian teams in the events.

Shubskaya and Ovechkin slow-danced with each other at one of the after parties when they were very young. Years later, Ovechkin saw a photo of a grown-up Shubskaya on Instagram in November 2014 and could not resist trying to contact her.

He somehow got her phone number and called her, and they became good friends. Their relationship took a turn when Shubskaya went to Los Angeles, California, and attended a Washington Capitals match.

Cupid struck, and soon the couple fell in love and started spending quality time together.

In September 2015, Ovechkin asked Shubskaya’s parents for their daughter’s hand in marriage, and they agreed. It was only after getting their approval that Ovechkin got down on one knee before Shubskaya and proposed to her with the engagement ring in his hand.

Shubskaya said “Yes,” and a delighted Ovechkin and his new fiancé went to a floating restaurant called “Seagull.” They celebrated the momentous occasion right into the hours of the morning.

Initially, Alex Ovechkin and Anastasia Shubskaya’s wedding was planned as a huge affair. But they later decided to have a small ceremony instead.

In August 2016, the couple got married in a low-key ceremony at the Fourth Wedding Palace at Butyrskaya in Moscow. Coincidentally, Shubskaya’s parents had got married at the same venue years earlier.

Not even close friends of the couple knew that Shubskaya and Ovechkin had gotten married! It was only later in the evening that they got to know about it when they all gathered at a Moscow restaurant. The couple then announced that they would have a second wedding in Moscow, where they both came from, in the summer in between the hockey seasons.

They held it at the Barvikha Luxury Village concert hall in Moscow. It was a grand affair with designer dresses, Baccarat crystals on the tables, and tea service as a gift from Russian President Vladimir Putin.

After their honeymoon, Shubskaya and Ovechkin lived with their black Labrador, Blake, in their three-story mansion in McLean, a suburb in Washington. The large home had five bedrooms and nine bathrooms.

Guess What Shubskaya Is Cooking?

After her marriage, one big change in Shubskaya was that she suddenly fell in love with cooking, even though she had never cooked before. She learned how to make excellent borscht, meatballs, and cakes with cheese in a creamy mushroom sauce with buckwheat.

She also wants to become a film producer. But to do that, she knows that she would have to move to Los Angeles where the entertainment industry is.

Both Shubskaya and Ovechkin are entirely in agreement on one thing—they both want a lot of children!

Shubskaya has money of her own that she has earned from her various modeling assignments. But it looks like she doesn’t really have to worry about money because her husband’s net worth is estimated to be over $60.0 million and growing!

A Healthy Attitude Towards Money

Unlike most people, Shubskaya does not make a big deal of her wealthy status.

She once told Forbes, “I have beautiful jewelry, I do not wear them too often. It just does not work like that in America, I can wear earrings or a watch.”

Shubskaya also spoke about her wealthy background and said, “You know, I have always lived in prosperity, thanks to my father, but I can not say that I was spoiled. If I wanted, for example, the phone, I had received it for good grades. I did not have credit cards. I have an understanding of how to get money.”

A Lively and Happy Woman

Alex Ovechkin’s wife’s Instagram account is full of pictures of her wearing stylish dresses and looking glamorous. There are posts of her with Ovechkin and his ice hockey games, as well as pics of her parents, friends, and her dog Blake.

Right now, Shubskaya is busy with her professional modeling assignments, her married life with Ovechkin, and her ambition and plans to produce and make films in Hollywood.

With a supportive husband like Alex Ovechkin by her side, a passion for films, and ambition in her heart, Anastasia Shubskaya is living the almost picture-perfect life of her dreams!