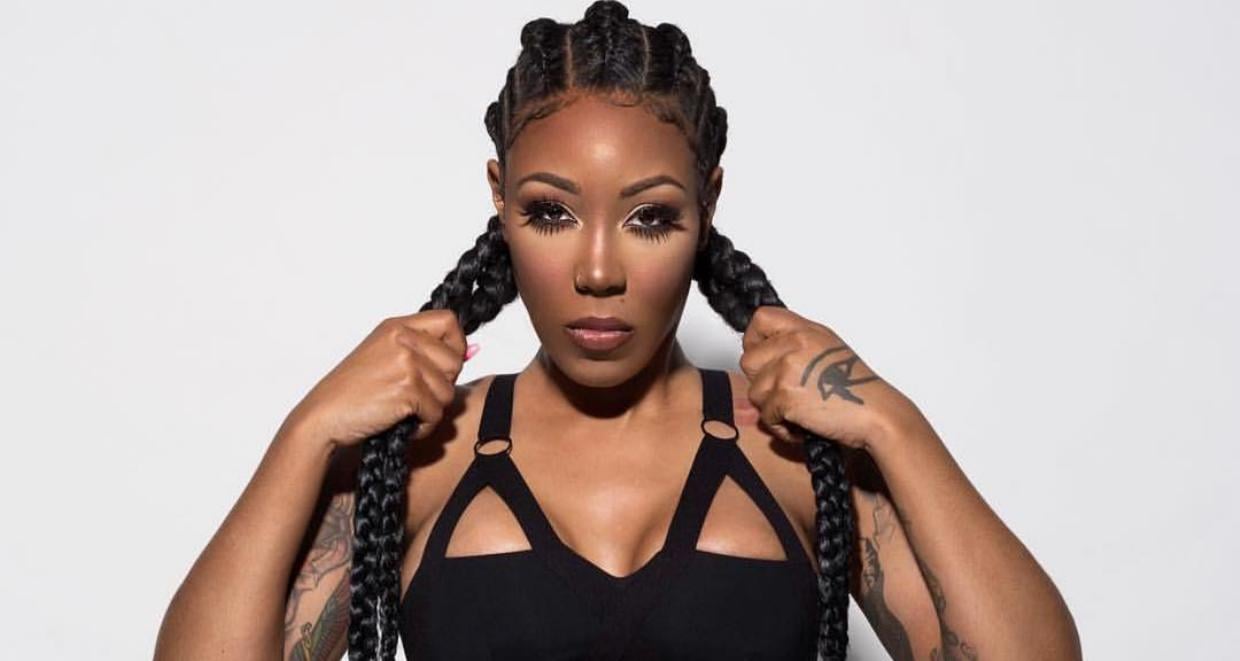 Love & Hip Hop: Atlanta star Bambi has had a great run on TV as a strong-headed woman who stands up for herself! Among the many fights she has had with her costars, she rose to fame through her music career, too. So, who is Bambi? What is Bambi’s real name? Keep reading to know about Bambi from Love & Hip Hop: Atlanta!

Bambi has been a woman to watch out for on the show, Love & Hip Hop: Atlanta, with her constant fights and snide remarks towards her costars! But she is now no longer a part of the show after she decided to call it quits.

Right now, she is happily expecting a baby boy with husband Darryl Richardson aka Lil Scrappy!

More of a Wildcat

Bambi’s real name is Adizia Benson, but her friends nicknamed her “Bambi with brains” because she is a double graduate in journalism. She has been on reality TV ever since she appeared in Basketball Wives LA.

Bambi is mostly known for her spicy character on Love & Hip Hop: Atlanta, along with her on-again-off-again relationship with rapper Lil Scrappy.

Where Is Bambi From?

According to 32-year-old’s bio on VH1, the rapper moved to Atlanta, Georgia about three years ago, when she met the love of her life, Lil Scrappy.

Bambi has been on Love & Hip Hop: Atlanta since season 3. But by season 6, she said that she wanted to quit the reality TV show because she felt that she had enough of it.

Adi Benson aka Bambi has been singing for quite a while now. She has also been spotted in music videos by big names in the industry like Lil Wayne and 50 Cent.

Check out “I’m Cute” by Bambi below:

Owning the Fashion Scene and a Business!

The very fashionable Bambi has put all her money to good use. She started her own hair extensions line called Shimmer Elite Extensions.

The luxury line was started in 2015. And since then, Bambi has been looking to create the best of hair available in the market. 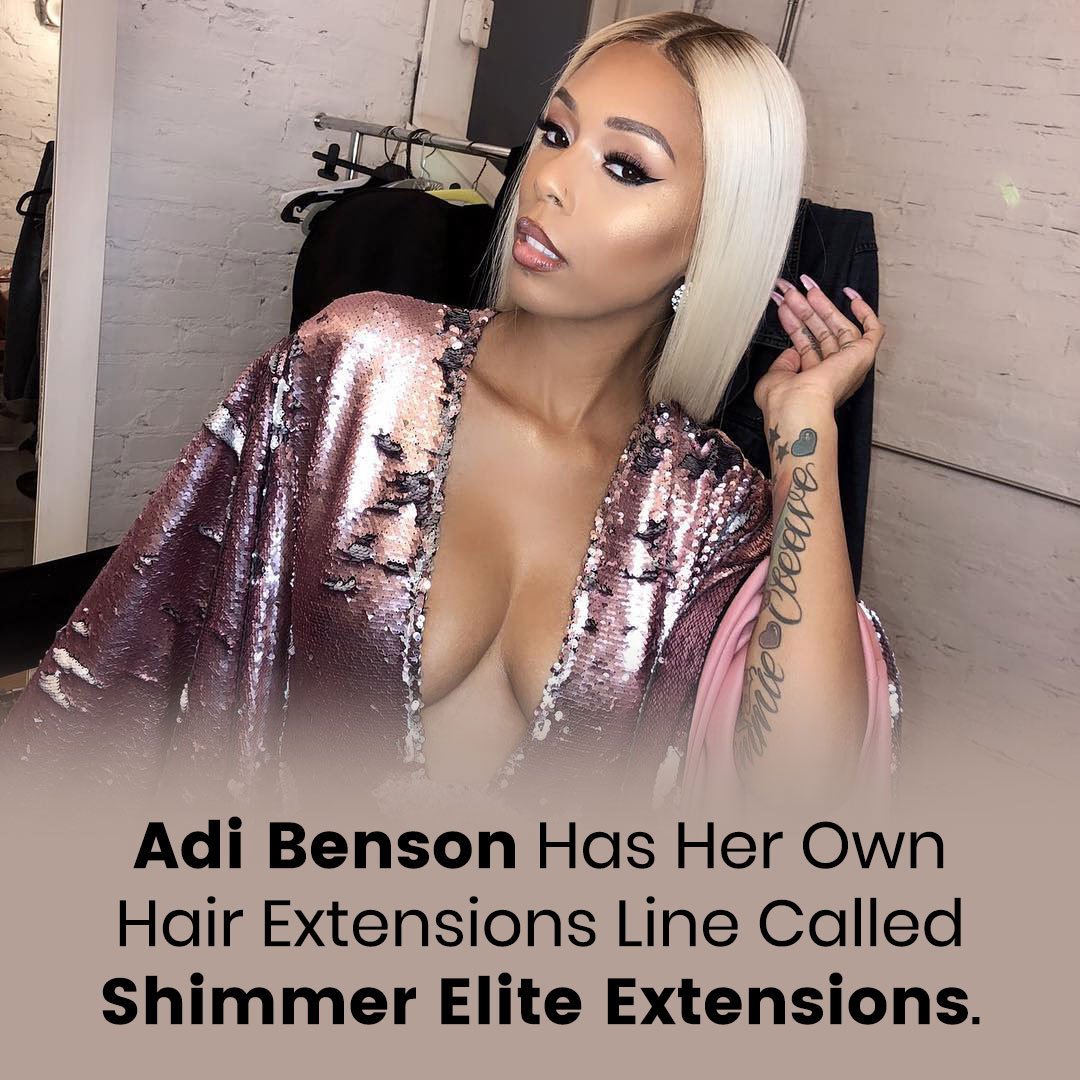 The reality star also supports women empowerment. So, she decided to contribute to society by starting the Shimmer Living Foundation. 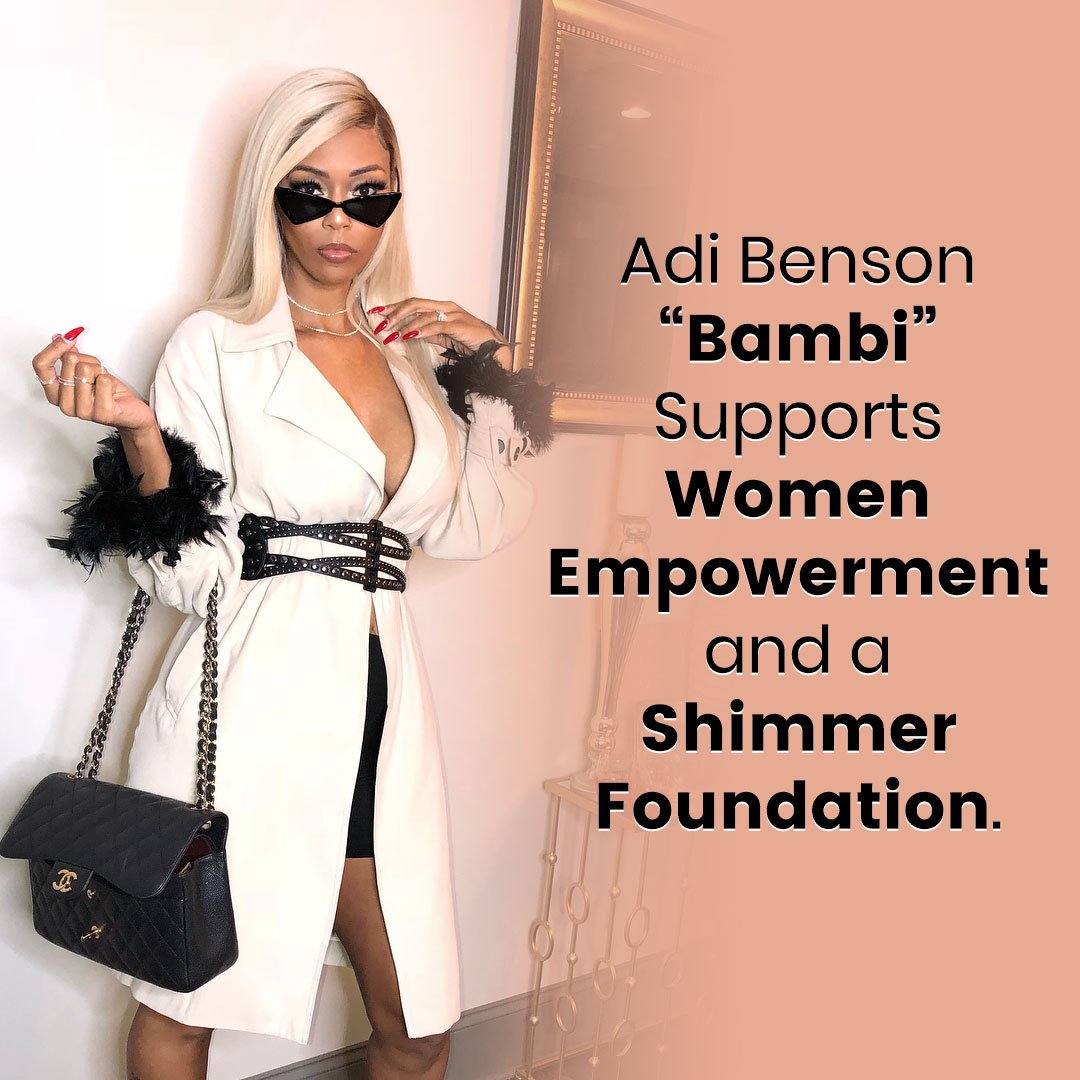 The organization’s mission statement reads: “The Shimmer Living Foundation strives to ensure that young ladies are confident and have healthy self-esteem in both their school and social setting so they are better able to focus entirely on their education.”