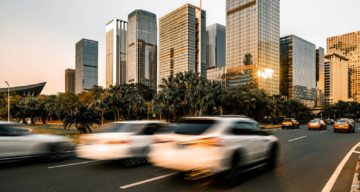 Adam Gehrke has been Seattle’s premiere source for traffic updates and entertainment news for decades. The Seattle native is a big part of the local community because of his job. And viewers and followers are keen to know more about who the Q13 Fox anchor is outside the news studio. They especially want to know about his relationships, which he is mum about. We reveal more about this journalist’s background in Adam Gehrke’s wiki.

Adam Gehrke was born on February 26, 1976, and hails from Seattle, Washington. He is the son of Edward and Nathalie Gehrke.

His father, Edward Jr., is deceased, as are his grandparents, Edward Gehrke Sr. and Florence Gehrke. His grandfather, Edward Sr., was a World War II veteran who later worked at General Electric.

His mother, Nathalie, is a professor of education at the University of Washington who retired after a 35-year-long career.

Adam Gehrke graduated from the University of Puget Sound with a bachelor’s degree in communication and media studies in 1998. He also minored in music, was part of the campus radio show, and was the director of the Campus Music Network.

Soon after graduating, he began his career as a traffic reporter at Total Traffic & Weather Network. He anchors the morning traffic broadcasts at Q13 Fox. Alongside his three-decade-long career, he also had other broadcast gigs.

He was also an operations advisor who taught broadcasting students at the campus radio network of his alma mater from 1999 to 2005.

Gehrke is best known for his entertainment coverage at KPLU, which he joined in 2001. He left after a decade and, in 2015, began hosting the Cinema Squabble podcast. He’s recently taken to blogging movie reviews and music compositions on an eponymous website.

Adam Gehrke’s followers congratulated him on a rumored engagement on social media in February 2022. However, Gehrke has never revealed details about his relationship status nor the identity of his partner.