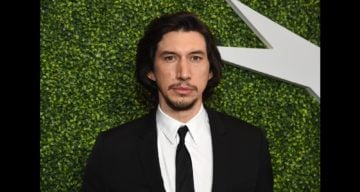 Adam Driver is undoubtedly having a great year, after another successful run as Kylo Ren and receiving critical acclaim for Marriage Story that earned him an Academy Award nomination for Best Actor. With all the attention on this supremely talented actor, another acclaimed acting genius’ name is being thrown into the mix. Multi-hyphenate star Minnie Driver is best known for her Oscar-nominated role in Good Will Hunting. For a while now, Internet users have wondered if perhaps Adam Driver and Minnie Driver share the same genes that make them amazing actors. There have been the occasional queries online if Adam Driver is Minnie Driver’s younger brother. But are they really related?

The short answer is no—they aren’t siblings, nor is there a remote familial relation between these two actors.

Her father, Ronald Driver, was born in Wales and had Scottish-English ancestry. Shortly after her son, Henry, was born in 2008, Minnie found out her mother was Ronald’s mistress.

“My parents met in 1962 and were together for 13 years. They broke up when I was six and during that entire time he was married to someone else and had another family,” recalled the The Riches star. Ronald Driver died in 2009, a year after reconnecting with Minnie.

Ronald and Gaynor are parents to another daughter, Kate Driver, Minnie’s older sister. Gaynor has a son, Edward Churchward, from another relationship.

Ronald’s eldest daughter, Susan Driver, was born from his first marriage to a woman named Annie, whom he cheated on with Gaynor. He later married a woman, Misty, with whom he had a son, Charlie Driver. He also had a son, Leslie, from a previous relationship. Leslie was an actor who died in 1947.

None of Minnie Driver’s half-siblings have any known relation with Adam Driver. The former Marine was born on November 19, 1983 in San Diego, California.

His mother, Nancy Wright (née Needham), is a paralegal from Indiana. His father, Joe Douglas Driver’s family is from Arkansas.

Adam has only one known sibling, an older sister named April. Adam and April have Dutch, English, German, Irish, and Scottish ancestry, but neither has a connection to Minnie Driver.

While it’s obvious that Adam and Minnie are not family, the Internet can’t stop with its hilarious imagination. If anything, it would be a dream come true to see these two talented Oscar nominees share screentime in the near future.

@Nyamomile: biggest disappointment of 2019 is that adam driver and minnie driver aren't related

So my dad just asked me if Adam Driver is related to Minnie Driver, and I was almost embarrassed to reveal I know the answer to that is "no"

Coworker: Is Minnie Driver Adam Driver's mom? Are the related at all?
Me: *rolls eyes* *audibly groans* They're MARRIED

The internet just confirmed that Minnie Driver and Adam Driver are not related in any way. Guess I can go back to working now.