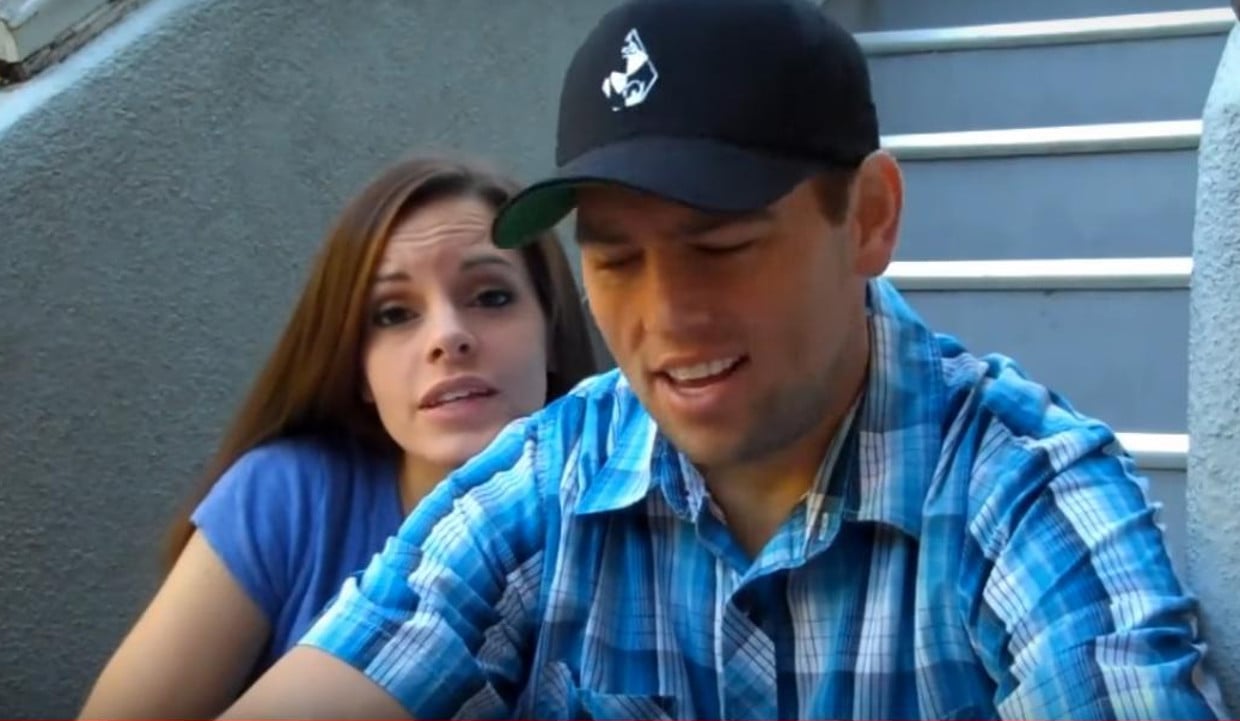 Shay Carl and his Shaytards are back online and are ready to crack us up again! The family of seven announced their return to YouTube after a long hiatus from their video documentaries. Now, people are curious to know about the scandal that put a stop to the vlogs. So, why did the Shaytards stop making videos in the first place? Here’s what happened to the Shaytards.

Adult webcam star, Aria Nina was involved in the mess after Shay Carl’s cheating messages were exposed for the world to see. He reportedly sent graphic pictures to Aria Nina, and she later went on to expose their affair to the public.

Read on for more on Shay Carl’s scandal, alcoholism, the Shaytards collapse, and more, right here.

Shay Carl came up with the interesting idea of vlogging about his life and posting it on YouTube. Shay and Colette have five children, and the family has entertained millions of subscribers over the years.

The videos included everything a normal family goes through in their day-to-day life, including vacations and even hospital visits.

So, why do 4.9 million followers want to watch the Shaytards so badly?

Because of the witty humor attached to every vlog. Along with being in front of a camera all day long, the family manages to wrap up the show with enough to entertain every single time. They’re simply infectious and entertaining to watch!

Shay Carl Butler’s channel began in 2008, five years after his marriage to Collette. The couple has five children—Daxton, Avia, Emmi, Brock, and Gavin—and they are heavily documented on the channel.

Shay’s fourth child, Brock, has been on the YouTube channel since his birth. And many of his other children have also explored themselves while growing up in front of the camera.

Also Read: Why Did YouTube Star Logan Paul’s Fans Turn Into His Haters?

Shay Carl had an alcohol problem, but that was not the main reason he stopped his vlogging and disappeared for months on end.

Reportedly, the real reason Shay Carl and his family vanished into thin air involves cam girl named Aria Nina. She posted DM’s sent to her by Shay while she was getting on a flight. At first, it was very exciting for Nina, as she thought of Shay as a big star and she was a huge fan.

Shay thanked her for liking some of his posts, but allegedly, his text messages gradually turned sexual. The language he used was explicit and dirty, and Nina said that she didn’t reply to any of them as she had fallen asleep at the time.

Shay’s messages were detailed, and it was reported that he sexted her only after she led him on. But Nina denied the allegation and pointed out that she received his texts at 3:00 a.m. Even though she did not answer, the text messages persisted detailing all the dirty things he wanted to do to her.

“That’s like booty call,” Nina said. She further added that only a person with sexual intentions would send messages at that hour.

However, when she spoke to Keemstar on Drama Alert (another YouTube channel), Nina said that she did exchange some dirty messages with him on occasion. She also explained that after a while, she got bored of the long texts, which would put her to sleep.

When asked if she would “hook up with Shay Carl” if given the chance, Nina was quick to say that she “probably” would.

What fans could confer from it was that it was, after all, a consensual thing and that Shay was kind of cheating on his wife with Nina.

Nina also went on to say that she did sometimes flirt back with Shay.

There was also another reason why the Shaytards quit YouTube, and it was due to Shay Carl’s alcohol abuse.

“When we left YouTube, it was crazy. Things were happening. We were planning on leaving anyway in March, for awhile, at least quitting the Shaytards channel, letting the kids take a break, but stuff happened. And life happened, and we had to leave,” Colette said when she made it back online after months with her own channel on YouTube.

Colette was sure that she didn’t want to let her dream die. And even though her marriage with Shay was in a mess at that time, she still held on.

Shay Carl released another video where he can be seen apologizing to his wife and kids, as well as his viewers, about all the wrong choices he made. He said he loved his “family more than anything else,” in November 2017.

The YouTuber also said that he didn’t have a “comeback plan” yet. But Shay was sure that he was going to start fresh.

Now the Shaytards channel is up and running on the video-sharing website. And there are already millions of fans who are more than happy that their favorite online family is back!

Head over to the Shaytards channel on YouTube to see their new videos now!