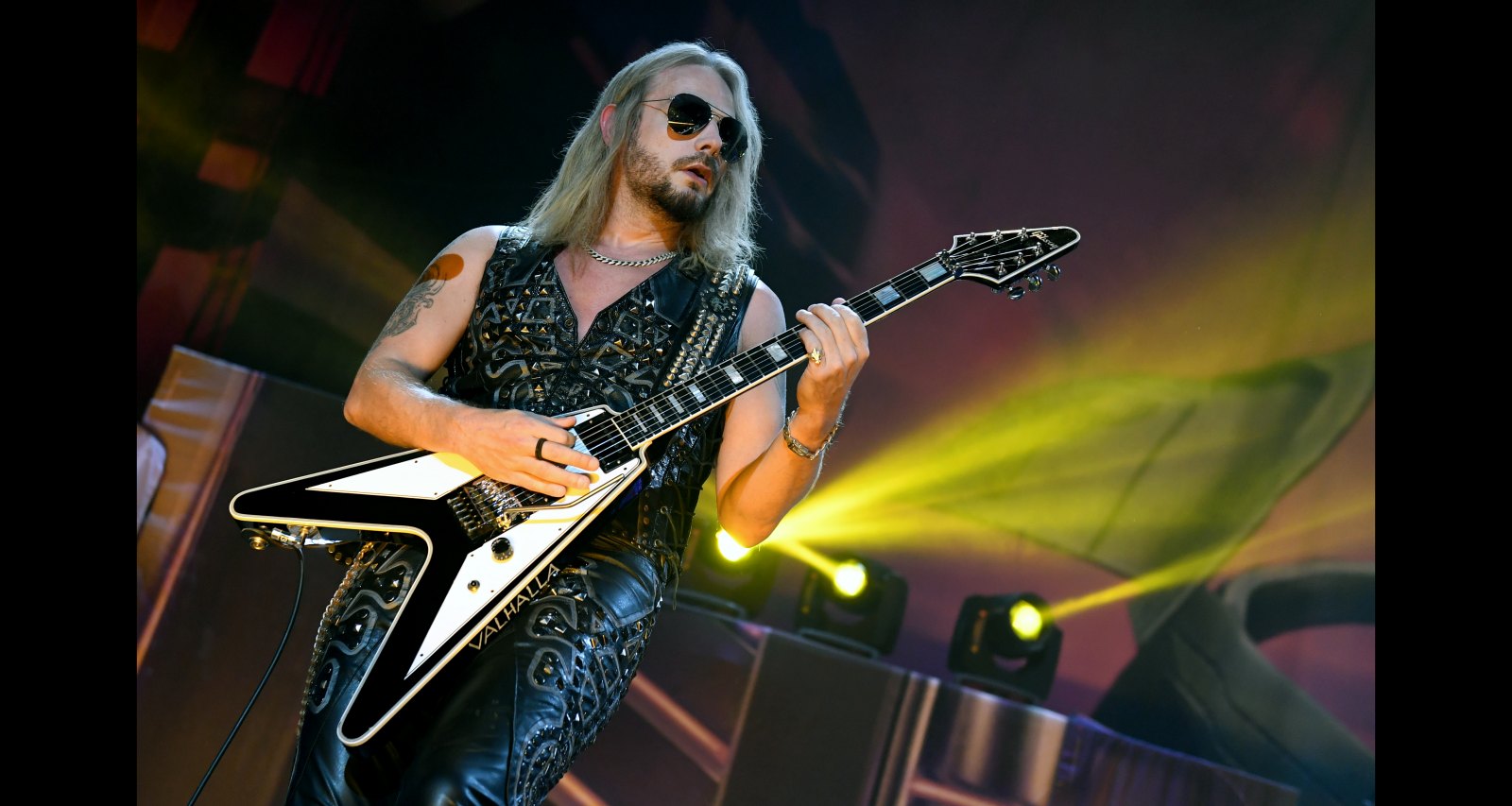 Judas Priest guitarist Richie Faulkner had to be hospitalized due to “major medical heart condition issues,” per the band’s official statement. During his health crisis, metal fans are also curious about his personal life, and want to know who is with him during this time. Specifically, they want to know if Faulkner has a girlfriend or wife. The heavy metal musician has been in a relationship with Mariah Lynch for a long time. And yes, that last name has to do with heavy metal royalty. We reveal more about Richie Faulkner’s partner, Mariah Lynch, and her family here.

Keikilanipulama Mariah Lynch was born on January 24, 1990, to George Lynch and his then-wife, Christy Lynch. Her dad is of course the George Lynch, metal guitarist and former member of Dokken.

Mariah has at least one brother, Sean Lynch.

After George parted ways with Dokken and formed his solo band, Lynch Mob, he took a break from music when Christy gave birth to Mariah. George and Christy were married from 1985 to 1995.

After their divorce, George married Danica Lynch. Mariah has stated on Instagram that Christy raised her as a single mom.

Nonetheless, Mariah has a good relationship with her dad as well. George said in an interview that his daughter grew up surrounded by music and was homeschooled so she could travel with him on tours.

Keikilanipulama Mariah Lynch graduated from Valencia High School in 2008. She attended College of the Canyons from 2006 to 2009 as well.

Back when Lynch lived in California, she owned and operated a party planning business. She is now based in Nashville, Tennessee, but her current job status is unknown.

It’s unclear when and how Richie Faulkner met George Lynch’s daughter and began dating her. It’s unclear if they are married, but the Judas Priest guitarist has referred to Mariah Lynch as “wife” in recent interviews.

British-born Faulkner moved to the U.S. and settled in Nashville to be with Mariah. The couple welcomed their first child, a daughter, on July 8, 2020. They’ve kept their daughter’s identity and images on the down-low, though they do share cute little glimpses of her growing up.

Their daughter is reportedly George’s fifth grandchild. But don’t mistake him for a metal stereotype. George is the goofy and doting granddad.

According to Faulkner, George often kept in touch with Mariah and was eager to visit his granddaughter when she was born. George made his own Instagram post announcing his granddaughter’s birth and loves posting pictures of his time with her.

And surely metalheads are curious about George’s dynamic with his son-in-law. George and Faulkner have gushed about each other in interviews and expressed their wish to share the stage one day. They also spoke about playing their guitars together at family hangouts, and both are sure that Mariah and Faulkner’s daughter will be shredding it on the axe one day soon.