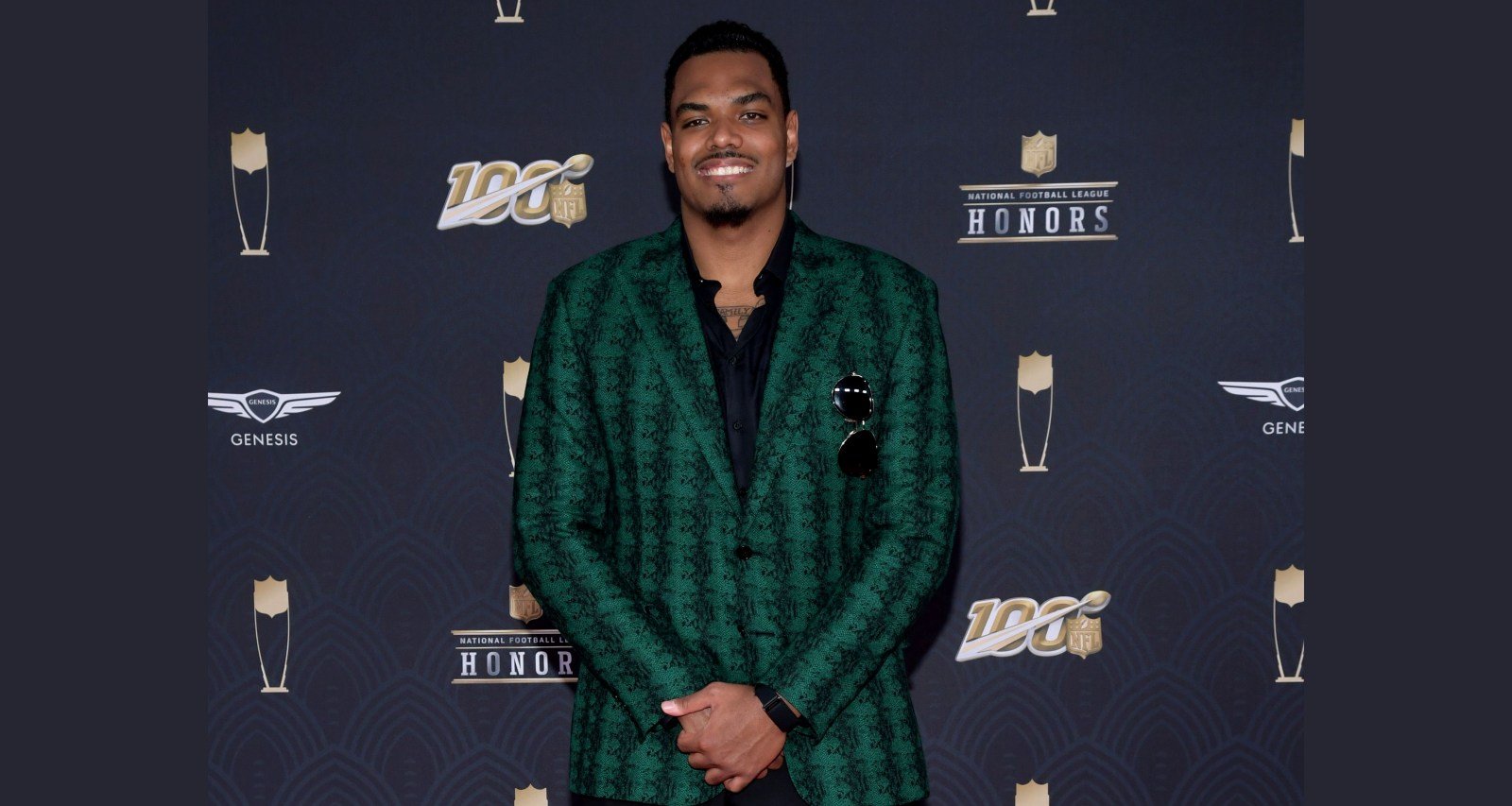 Ronnie Stanley’s return to the gridiron isn’t exactly going as planned with more injuries piling on. Outside the sport, though, Stanley is probably riding the high of his recent engagement and wedding planning. The Baltimore Ravens left tackle got engaged to his longtime girlfriend, Emily Kucharczyk, months ago, and is soon going to be in-laws with Indianapolis Colts defensive end (and his former Notre Dame teammate) Isaac Rochell. Unlike Rochell and his YouTuber wife, Allison Kuch, Stanley and Kucharczyk are pretty low-key about their relationship. It provokes a bit of curiosity about Ronnie Stanley’s girlfriend-turned-fiancée and her background, which we reveal in this Emily Kucharczyk wiki.

Emily Anne Kucharczyk was born on February 28, 1992. Her family is based in Michigan.

She is one of three children born to John and Sally Kucharczyk. Her brother, Jack Kucharczyk, is a swim and dive athlete who was a member of the swim teams at Indiana University Bloomington and Arizona State University.

In one of her appearances on Allison’s channel, the sisters cleared the air about rumors that they’re allegedly dating a pair of brothers. They confirmed their respective relationships with Stanley and Rochell in that video and said that the two Fighting Irish footballers became friends through Emily and Allison.

Emily Kucharcyzk briefly studied apparel and textiles at Central Michigan University in 2010. The following year, she enrolled in Michigan State University and earned her BS in psychology and kinesiology in 2015.

While at Michigan State, she was active in several campus clubs, nannied children with special needs, and was a first-aid TA. She also had a brief stint as a physical therapy technician and was a lifeguard at a local swim school.

Since completing a summer internship with State of Fitness in 2015, Kucharczyk has been focused on a multi-faceted career in health and fitness. She was an educator and key leader for almost three years with Lululemon Athletica in Baltimore before becoming a Pilates instructor with Equinox in 2019.

Kucharczyk continues to work as a fitness trainer, but she’s also passionate about animal welfare. In August 2021, she enrolled in a veterinary nursing program at Purdue University.

Las Vegas native Ronnie Stanley made his Notre Dame debut in his freshman year in 2012. The following year, he met Kucharczyk.

Kucharczyk is not an influencer like her sister, and she isn’t very active on social media. But thanks to her Facebook and Instagram, we know that she has been dating Stanley at least since 2013.

She has been with him through his career milestones, including when he was selected by the Baltimore Ravens in the 2016 NFL Draft. She moved to and worked in Baltimore while supporting Stanley’s NFL career.

Months after Allison and Isaac Rochell’s wedding, the family has another wedding to plan. Stanley popped the question to Kucharczyk in July 2021.

Kucharczyk and her family were celebratory on social media, but even Isaac couldn’t resist getting in a quip. While he did congratulate them, the Colts player subtly warned his rival to take good care of his sister-in-law.