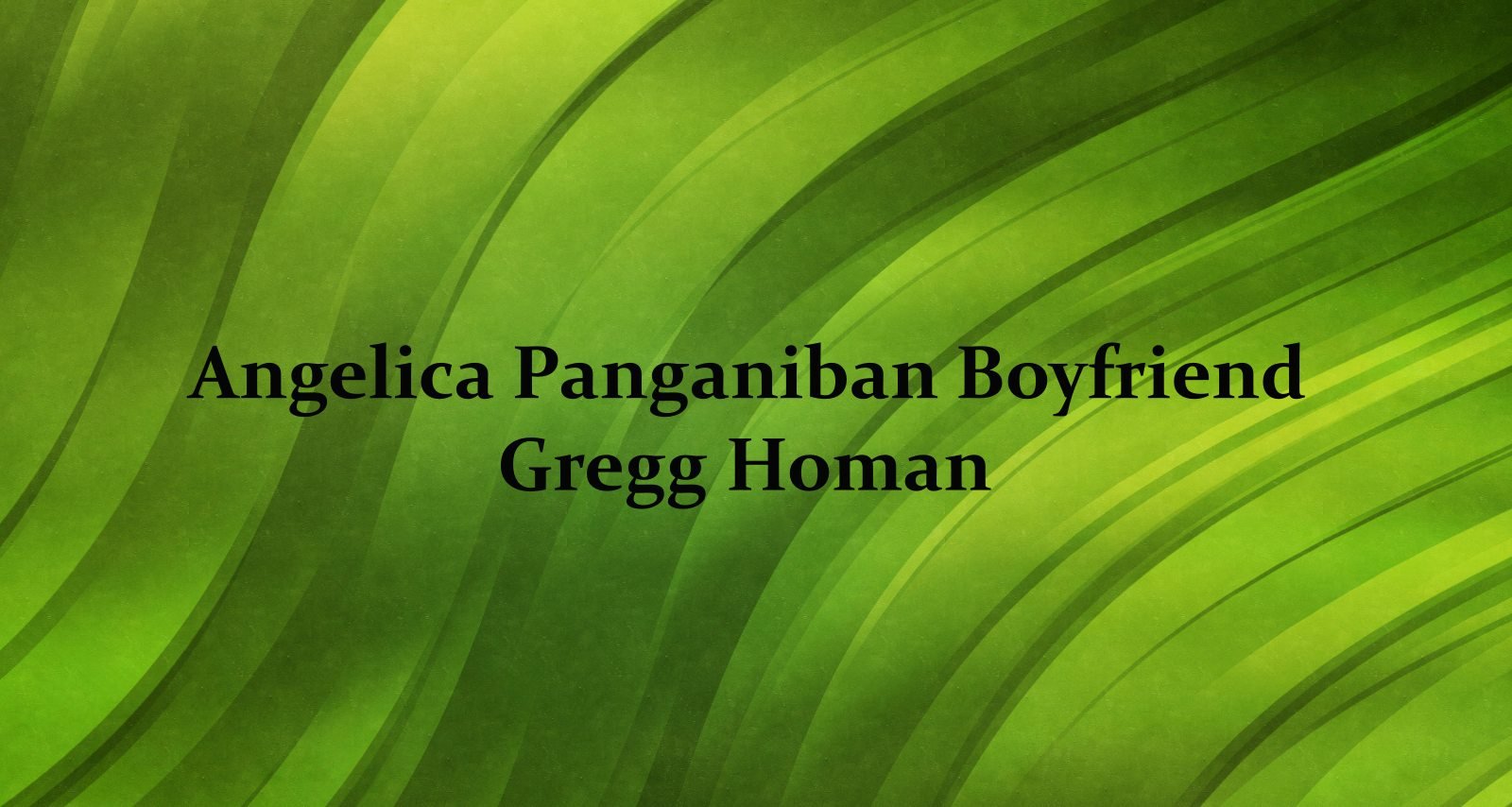 Filipina entertainer Angelica Panganiban had been linked to other celebrities before. But on New Year’s Day 2021, she surprised her fans by revealing her non-celebrity boyfriend, Gregg Homan. Panganiban and Homan are celebrating a year together, but there’s very little known about him and their relationship. He is a relatively private person, which provokes curiosity about who Angelica Pangainban is dating. So, we reveal more about who Gregg Homan is here.

Gregg Homan hails from Subic, a coastal municipality in the Philippines’ Zambales province. He is one of two children born to Alin Homan.

Gregg’s sister, Tanya Homan, was previously based in Australia. Per her Facebook page, after graduating from Brent International School Subic, she attended Australia’s Griffith University and worked with Oracle Business Accountants.

Gregg Homan has been working in Subic’s hospitality industry for years. Both he and his sister now work for Mangrove Resort Hotel. Gregg previously managed operations at Vasco’s Scuba Dive Resort.

Homan is the CEO of Bay Marine Subic, a company that designs, builds, sells or rents out boats, as well. Last year, Homan drove 2,000-plus miles to personally deliver a boat to a client.

Filipina-American star Angelica Panganiban kicked off 2021 by making her relationship Instagram official. She and her boyfriend, Gregg, announced their relationship on her social media page on New Year’s Day.

Homan keeps out of his girlfriend’s spotlight and has his Instagram set to private. But he does feature on her Instagram often. Most recently, they celebrated their first anniversary as a couple in July.