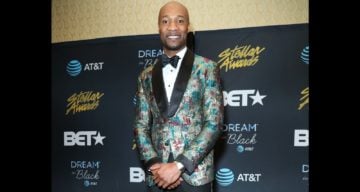 Shaunie O’Neal’s Instagram followers believe she has a new beau. The Basketball Wives star’s recent post wishing megachurch pastor Keion Henderson a happy birthday has many speculating if they are dating. And those who are familiar with the pastor and his work are asking, what happened to Keion Henderson’s wife? He was once married to Felecia A. Henderson (not to be confused with the popular television producer), until their marriage ended a couple of years ago. She has not commented on her ex’s alleged relationship with the reality star, but that hasn’t dimmed the attention on her. We sate some of the curiosity about her by revealing more about who Felecia Henderson is right here.

Who Is Felecia Henderson?

Felecia Annette Henderson was born on April 23, 1980, and is based in Texas. She was previously known as the first lady of the Lighthouse Church in Houston, Texas, where Keion Henderson is the lead pastor.

Besides being active in the church community, Felecia was part of the online talk show series Closet Chats in 2019. Felecia, WiiN Worldwide Founder and President Earlene Buggs, and The BossLady Network CEO and Founder Christina Murray cohosted the series featuring unfiltered talks about all-things womanhood.

It’s unknown what Felecia is doing currently. But she is seemingly no longer involved with the Lighthouse Church.

The erstwhile Felecia Marcel is a mom of three girls. Her two eldest daughters are from a previous relationship.

Felecia’s middle daughter, Candis Clements, was born on December 23, 2005. She is a track-and-field athlete in school.

Keion and Felecia have one daughter, Katelyn, together. She was born on July 18, 2012.

Felecia Marcel married Keion Henderson on August 7, 2010. Nine years into their marriage, the pastor reportedly spoke about difficulties in their relationship in an interview.

Their marriage ended in divorce in 2019. The pastor himself announced it in an interview with BlessedBeatz Media.

A vlogger by the name of Larry Reid reportedly secured copies of the court documents and released them on Patreon. The spiritual coach and commentator revealed that Keion had filed for divorce and the ensuing child custody battle was a bitter one.

Keion has spoken about his fears and moving on from the tough times in interviews and in his book, The Shift. Felecia has not spoken much about their separation and has had limited activity on social media.