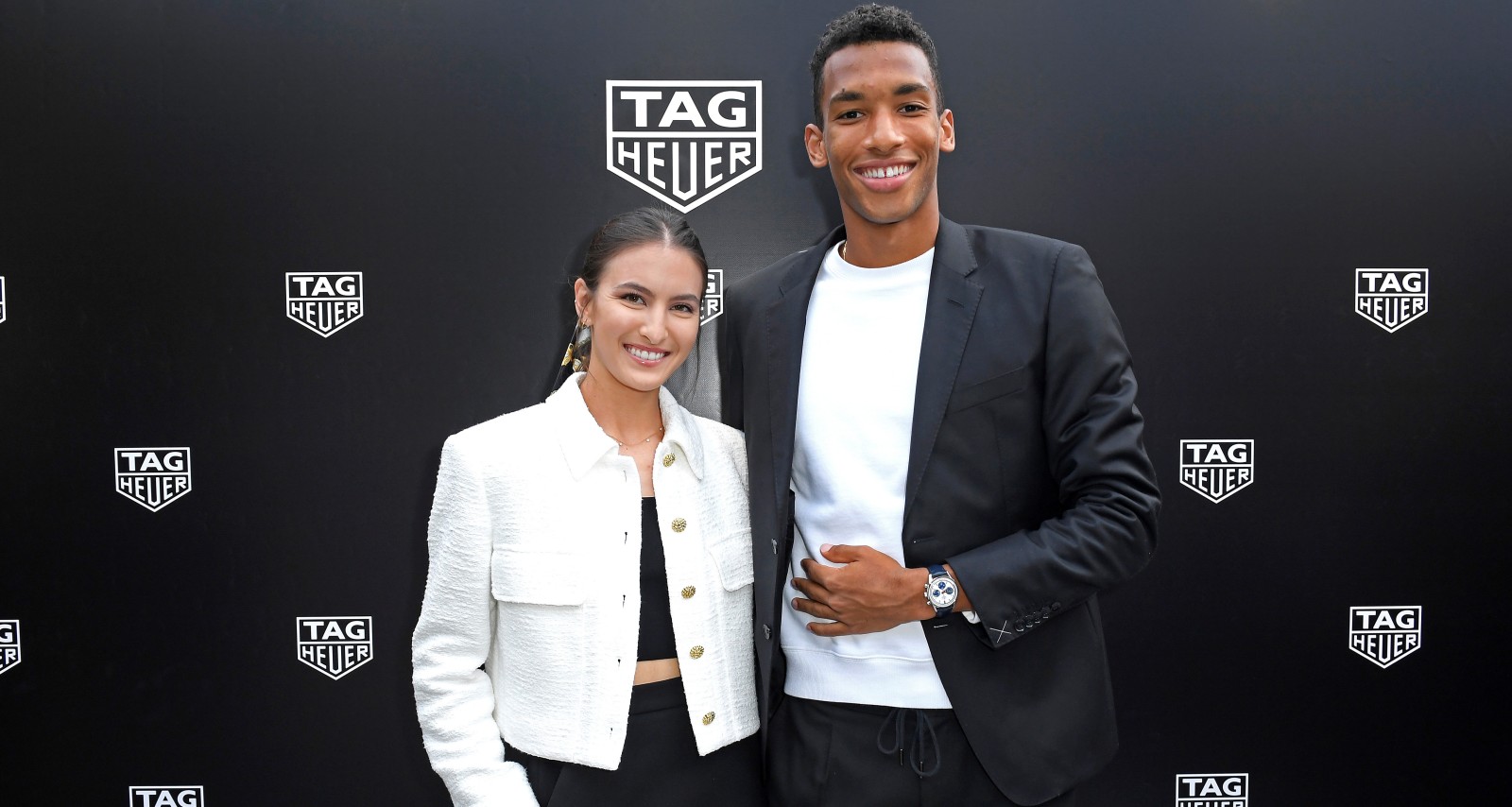 Felix Auger-Aliassime and Nina Ghaibi attend the TAG Heuer private dinner at the Hotel Fairmont on May 22, 2021 in Monaco, Monaco. (Photo by Kristy Sparow/Getty Images For Tag Heuer)

Nina Ghaibi has more than one tennis pro to cheer for at the 2021 Wimbledon. Felix Auger-Aliassime’s girlfriend will be in the stands at the men’s quarterfinals for her boyfriend, and at the women’s quarterfinals for her cousin, Ajla Tomljanovic. Outside the court, the Canadian tennis star and his girlfriend are #CoupleGoals all over social media. Their growing fans and followers want to know more about who Nina Ghaibi is and her extended ATP connection. We reveal it all right here in this Nina Ghaibi wiki.

Nina Ghaibi was born on June 19, 2000. She is one of two girls born to Karim and Jasmina Ghaibi.

The family is based in Huntersville, North Carolina. Nina and her sister, Cilia Ghaibi, have Croatian ancestry and represent Morocco in the equestrian sport.

Nina’s cousin and best friend is Ajla Tomljanovic, the Croatian-Australian tennis pro. Their social media interactions are the cutest.

Dad Karim Ghaibi is an equestrian from and competing for Morocco. And his daughters have followed his footsteps.

Both Nina and Cilia are equestrians based in North Carolina and competing for Morocco. While Cilia has one win, Nina has yet to record any.

Nina Ghaibi has been dating the Canadian-born Felix Auger-Aliassime since early 2019. They often feature in each other’s social media pages.

Ghaibi’s cousin, Tomljanovic, is dating Matteo Berrettini, who faces off against Auger-Aliassime in the 2021 Wimbledon Championships quarterfinals. Ghaibi joins the tennis pros on ATP stops, making them a little family on the tour.

There’s no bad blood between these rivals on the court, though. Thanks to their girlfriends, they’ve hung out together often, and from their social media, we find out that Berrettini and Auger-Aliassime are the best of friends.