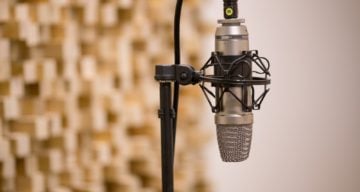 Longtime radio host Jeff Detrow was missing from the latest broadcast of Jeff & Randi on the Christian radio station, K-Love. Devoted listeners are, of course, curious to know what happened to Jeff on K-Love. Is his absence temporary? Or is he not coming back? Listeners are asking K-Love for an update on Jeff Detrow in the absence of an official statement from the station.

Jeff Detrow was born on October 1, 1955 to Don and Shirley Detrow. Growing up in Wooster, Ohio, Jeff had been aspiring for a radio career since he was 14.

Starting with a radio show in his hometown, Detrow worked for other stations in Detroit, Columbus, Chicago, and more. His career and family are now based in California.

Together with his friend of 30 years, Jerry Cesak, he hosted Jeff & Jer, until Cesak retired. It later became Jeff and the Showgram before being axed.

Detrow would, however, be asked to join K-Love in Sacramento in 2018. He hosted Jeff & Randi with Randi Tyler.
On the personal front, Detrow is married to fellow radio personality, Kristen “Kris” Detrow, after his first marriage ended. They are parents to three daughters and a son. Their daughter, Mia, was adopted from Ethiopia.

Jeff Detrow was missing from the latest broadcast of Jeff & Randi. Longtime listeners were hoping that he was only on vacation and the popular host would return to the show.

His return, however, seems unlikely, since K-Love has scrubbed Jeff’s presence from its website and social media. The show is now renamed as Randi on the K-Love website.

No official statement from K-Love has answered where Detrow is or why is he missing from the show. Fans have been hitting up the station’s social media handles for answers.

K-Love did respond to a few early queries. A tweet from the station states that Jeff Detrow has left their ministry and they can’t disclose further information, to protect his privacy.

Hi Jordan, thank you for asking. Jeff is no longer with our ministry. For his privacy we can not say much. Thank you! *Shay

Detrow’s personal social media accounts don’t hint at anything, as he is not very active on them. There’s no news if he has retired or is moving on to another job opportunity.