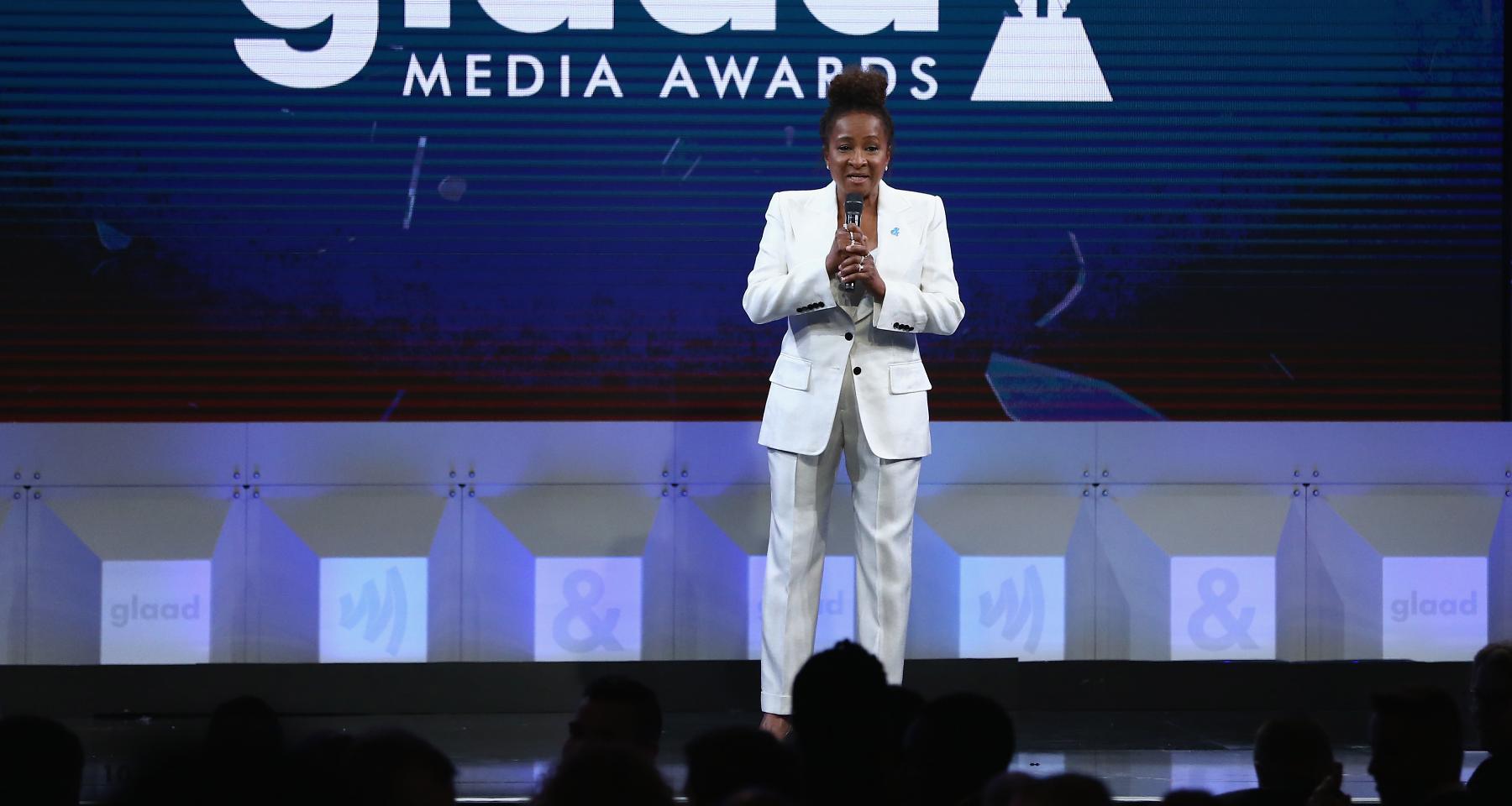 Actress Wanda Sykes is taking part in the popular show, Celebrity Family Feud. She and some select family members will take on her opponent, fellow actress Nia Vardalos, and her family. The episode will air on September 16, 2018, at 8:00 p.m. on ABC. Sykes is a lesbian and married to her wife Alex Niedbalski, and the couple has two kids together. Find out more about Wanda Sykes’ family, right here!

Word is out that Wanda Sykes is participating in an episode of the popular TV program, Celebrity Family Feud, which will be aired at 8:00 p.m. on September 16, 2018, on ABC.

This Saturday, there will be a face-off between Wanda Sykes and Nia Vardalos, and they will both be backed up by their relatives.

She Came Out as a Lesbian

People are curious to know more about Wanda Sykes family, especially about her wife. That’s right!

Sykes is a lesbian who publicly came out in November 2008 while speaking at a same-sex marriage rally in Las Vegas, Nevada.

In October 2008, the actress married her partner, whom she met in 2006. Wanda Sykes’ wife is a French woman named Alex Niedbalski.

The Monster-in-Law star was ecstatic when her wife gave birth to fraternal twins, a girl and a boy, on April 27, 2009. Wanda Sykes’ children Olivia Lou and Lucas Claude.

According to reports, Sykes and Niedbalski live a very happy and peaceful life together with their kids.

Her Parents Didn’t Accept Her Sexuality

Sykes was born in Portsmouth, Virginia, to her parents, Marion Louise Peoples and Harry Ellsworth Sykes.

Her mother was a banker while her father was a U.S. Army colonel employed at the Pentagon.

The actress came out as a lesbian to her conservative parents in 2004 when she was 40 years old. Both of her parents had a difficult time accepting her sexuality that they refused to attend her wedding with Niedbalski.

Sykes’ parents were also estranged from the couple for a while but later came around and are now the proud grandparents of her children.

The Obamas Were Very Accepting

One of the happiest moments in Sykes’ life came when she introduced Niedbalski her “wife” to then-President Barack Obama and First Lady Michelle Obama. She was surprised that the Obamas readily accepted her marriage to Niedbalski.

Sykes said at that time, “There are still 29 states where you can be fired for being gay. Marriage is one thing, but we still need equality. Because if you can’t get a job, no one is going to marry you. Nobody wants your broke ass.”

Four Family Members Will Join Her on the Show

On September 16, Sykes will be accompanied by four of her family members—Derek Sykes, Racine Sykes, Deborah Sykes, and Alex Sykes.

Deborah Sykes is her sister-in-law while Derek Sykes and Alex Sykes are Wanda Sykes’ nephews. And Racine Sykes is her niece.

Wishing a Happy Happy Birthday to this stud, @sykesyamind! I'm so grateful that God has blessed you with another year and equally grateful to call you my husband. I hope your day is a great one and pray that we get to celebrate many more birthdays together!

Derek and Racine Sykes are married to each other and are expecting their first baby to arrive in the first week of October 2018.

According to reports, the couple are going to have a baby boy, who will surely spread happiness in the Sykes household.

Racine Sykes’s maiden name is Racine Peters, and she got married to Derek Sykes on May 24, 2015.

The Show Will Be Very Entertaining

Wanda Sykes is an accomplished actress, comedian, and writer who is never at a loss for words. She can be trusted to put up a great show when she and her family members take on Nia Vardalos and her family.

The September 16, 2018 episode of Celebrity Family Feud is going to be a great show. So, make sure you don’t miss it!

Also Check:  10 Steve Harvey Memes That Will Make You Fall Off Your Chair, Laughing!