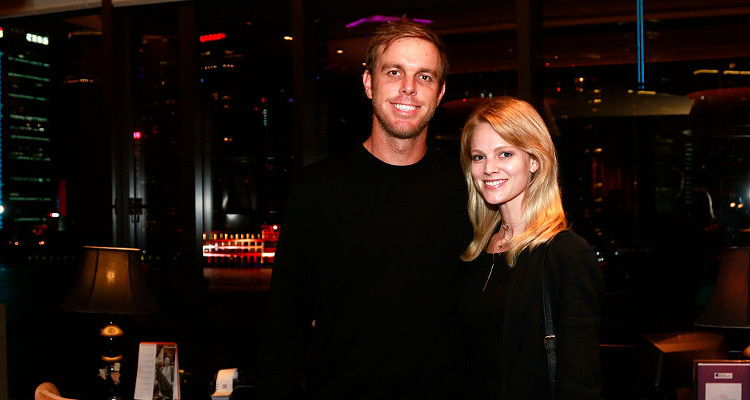 Abby Dixon came into Sam Querrey’s life and turned it upside down in a good way. She is a famous model whose photoshoots often take her outside the United States, but she is with Querrey as often as possible. Whether she is defending him or cheering him on from the stands, Dixon is his number one fan.

Sam Querrey was in search of a girl when he decided to take part in the reality TV show Millionaire Matchmaker in 2015. He found girl and they went on a date, but it didn’t go far after that. She never spoke to him after the show aired. That’s when Lady Luck smiled, and Querrey found a beautiful model named Abby Dixon. Sam Querrey’s girlfriend is 5’9″ with lovely blonde hair and cool blue eyes. Abby Dixon and Sam Querrey love going sightseeing and, in the last couple of years, have made trips to romantic getaways like Italy and France.

Abby Dixon’s age is 29, and she travels all around the world doing shoots in exotic locations such as Switzerland and the Netherlands. However, she still finds time to support her boyfriend both on and off the court. Dixon is represented by multiple agencies like New Version Models, Wilhelmina NYC, Trend Spain, Le Management Denmark & Sweden, and Donna Tokyo. She is not just Querrey’s girlfriend, she is his biggest defender against haters. Dixon is often seen applauding and supporting Querrey from the stand and replies to his online haters.

The model appreciates her fans’ support and keeps in touch with them through social media. Abby Dixon’s Instagram account is full of pictures of her photoshoots, with Querrey, her colleagues, friends, eating tasty food, and visiting famous landmarks like the Eiffel Tower. She has been a good influence on Querrey ever since they started dating and he has been an equally stabilizing influence in her life. His recent victories are testimony that Sam Querrey has bettered his game in the last couple of years. So anyone wanting to have a go at him better be warned; there is a tigress named Abby Dixon in his corner!