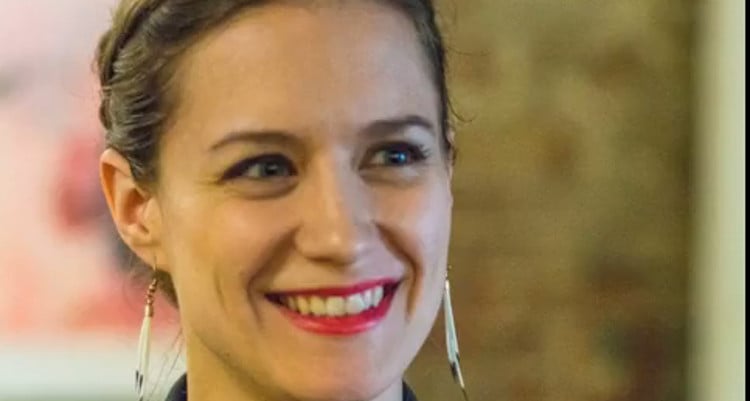 Rebecca Romney is famous for her appearance on the reality television show, Pawn Stars that airs on the History channel. Now, the rare book seller has broadened her horizons and wrote a book. Here is everything you need to know from Rebecca Romney’s wiki.

Rebecca Romney is a rare book seller, best known for her appearances in Pawn Stars. Her book, Printer’s Error: Irreverent Stories was recently published and has received a positive response from readers. Here is everything you need to know from Rebecca Romney’s wiki.

Rebecca Romney is Passionate about Languages

Rebecca was always in love with books. So, it comes as no surprise that she graduated with a degree in classical studies and linguistics with a minor in philosophy. She then went to Japan to teach English. Rebecca can speak English, Japanese, and French fluently and she can read ancient Greek, Old English, and Latin.

In 2007, Rebecca began working for Bauman Rare Books, which is famous for their advertisements in the back of the New York Times Book Review, and their galleries on Madison Avenue and in the Waldorf-Astoria.

It was owners David and Natalie Bauman who hired Rebecca, and promoted her to manage the Las Vegas gallery in 2010. The store has been around for over 40 years selling rare lithographs, books, photogravures, ephemera, engravings, and anything else related to history and the world of print.

In 2011, while she was still working at Bauman Rare Books, Rebecca Romney was approached by Rick Harrison to appear on Pawn Stars as a regular expert on rare books and documents. Since her first appearance on the show, Rebecca has appeared in approximately 60 episodes.

Rebecca opened up about how she was initially hesitant to come on the show saying, “We initially declined, but Rick came back pressing, I was now managing the store when he started pressing, and we eventually accepted. But he was really the instigator; he was the one who approached us with the invitation. It wasn’t the show’s producers or anything like that. It was a personal invite from him.” While talking about the role, Rebecca said, “It’s a lot of fun. I really like it. But it’s all somewhat cherry on top; it’s something I never expected to be doing. Just working for Bauman, which is so well-known and reputed in the rare book world, is my dream job.”

After quitting her job at Bauman Rare Books, Rebecca started a podcast called Biblioclast, which she produces with author, JP Romney. In March 2017, Rebecca’s first book, Printer’s Error: Irreverent Stories from Book History, which she co-wrote with JP Romney, was published by HarperCollins.

Besides her appearances on Pawn Stars, Rebecca is a regular speaker at events related to books, history, and literacy. Additionally, Rebecca helps appraise old books.

Although Rebecca Romney is an avid reader and a rare bookseller, she hardly wrote before completing her first novel with her ex-husband. Before her book with JP Romney, Rebecca said that she would typically only write short stories or poems. About her former husband, Rebecca said that he “is a full-time professional writer, and he’s the one that’s really good at it. He once wrote a complete novel based on a short story I started.”