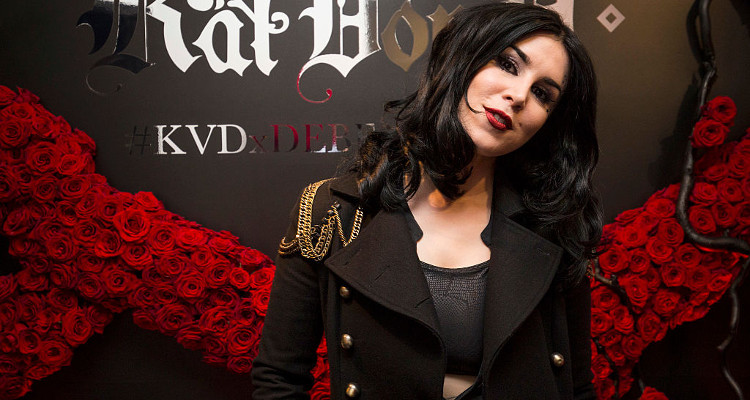 Kat Von D is a tattoo artist who starred on TLC’s, LA Ink and its spin-off, Miami Ink. She is now making waves as an entrepreneur with her new makeup line. Yesterday (March 8), this amazingly talented woman celebrated her 35th birthday!

If there ever was an Oscars for tattoo artists, LA Ink beauty Kat Von D would be taking home every award! Since her breakout TLC shows ended, Von D is now an entrepreneur with a mega successful cosmetic line. She has gone from opening her own tattoo shop and struggling to find reliable artists, to tattooing celebs like Lady Gaga, Beyoncé, Harry Styles, and Ewan McGregor. How much do you know about the tattooed star? We’ve got the lowdown in Kat Von D’s wiki, including details on her boyfriends, net worth, work, and much more.

#1. From Tattoos to Lipsticks

Von D was born Katherine von Drachenberg in Montemorelos, Nuevo León, Mexico. Her parents, Rene and Sylvia Galeano, were Seventh-day Adventist missionaries from Argentina. Von D, her sister Karoline, and her brother Michael, are of German, Italian, and Spanish descent. She and her family moved to Los Angeles when she was four.

Kat Von D rose to fame as a tattoo artist as she opened High Voltage Tattoo Studio on LA Ink. The show was abruptly canceled after four seasons and Von D went into business. She launched her makeup line in collaboration with Sephora. Her makeup line expanded into fragrances after seeing great success.

She later launched her own clothing line, KVD Los Angeles, and her independent makeup line, Kat Von D Beauty. She is set to launch an exclusive YouTube channel for Kat Von D Beauty, as well. Her reality show stint and businesses have earned her a net worth approximately $5.0 million.

When she was six years old, Kat Von D was classically trained in piano. The 35-year-old was always a fan of Ludwig Van Beethoven’s music. But her contemporary taste in music include the metal band, Mötley Crüe. Her favorite song of theirs is “Starry Eyes,” which is part of the reason behind the stars tattooed around her eye. She credits her love for art and music to her grandmother, Clara Von Drachenberg, and LA’s Latino culture for inspiration.

At the age of 14, she gave her first ever tattoo to a friend. She drew the punk band, Misfits’ skull logo and improvised a homemade ink machine with a cassette player motor and a guitar string. At the age of 16, she dropped out of high school to become a professional tattoo artist.

In 2009, Von D released a compilation of her tattoos and artwork in a book called High Voltage Tattoo, which made it onto the New York Times Bestsellers list. She explained that the book was “a picture-driven outline of my career as an artist. So, you see everything from my drawings when I was six to tattoos that have never before been seen.” Her second book, The Tattoo Chronicles was an illustrated diary following a year in her life, and it ranked third on the Bestsellers list.

The makeup mogul is the creator of the tattoo, music, and art festival, Musink. She opened an art gallery and boutique called Wonderland Gallery, next door to her tattoo studio, High Voltage Tattoo. Von D holds the Guinness World Record for most tattoos given in 24 hours, with a total of 400 people tattooed!

#3. She was Engaged to Sandra Bullock’s Ex

Kat Von D married another tattoo artist, Oliver Peck, in 2003 before they separated in 2007. Most of her tattoos were done by Peck when they were together. She then dated Mötley Crüe bassist, Nikki Sixx between 2008 and 2010.

In August 2010, Von D became famous for dating Sandra Bullock’s ex-husband, Jesse James, founder of West Coast Choppers clothing and merchandise and reality star. He got into hot water when several woman claimed that James had affairs with them while still married to Bullock, who consequently divorced James. While she moved on to win an Oscar for The Blind Side and adopted a child, he moved on with Kat Von D. 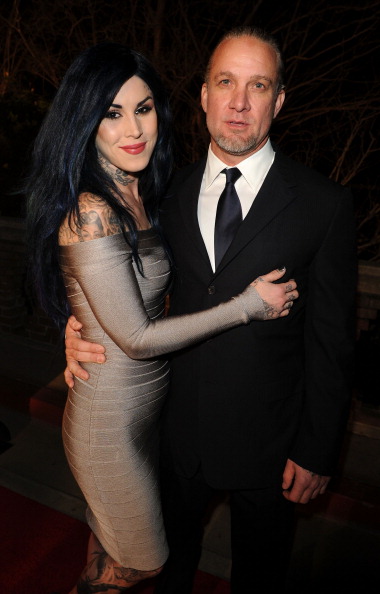 They couple were engaged in 2011 and many thought they’d make it down the aisle. But only a few months after going public with their engagement, they broke up. Von D went on an explosive Facebook rant revealing that James hadn’t let go of his cheating ways and had affairs with 19 women! This is after James said his rebound girl was better than Sandra. Ouch!

Von D rebounded with Joel Zimmerman, better known by his stage name Deadmau5. She even gave him a star tattoo under his eye to match her own. But they broke up after dating for only two months. Or so we thought! In November 2012, a month after they broke up, Zimmerman tweeted, “I can’t wait for Christmas so … Katherine Von Drachenberg, will you marry me?”

Yes, that’s right! James proposed to Von D over Twitter! He also included a photo of the diamond ring promising to change the rock for a black diamond to suit her tastes. She said yes, but surprisingly, Von D’s third shot at marriage also failed when the two broke up for good in June 2013. She then dated and broke up with Jackass stuntman, Steve-O. 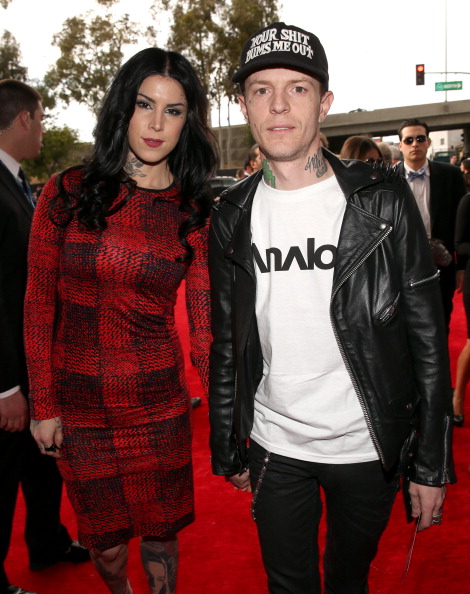 #4. An Activist for Animal Rights

Kat Von D is a champion for animal rights and an outspoken vegan and her Sephora makeup line benefited the Art of Elysium charity. Both her cosmetic collections were reformulated to be vegan and she affirms that the makeup is cruelty-free.

She released a limited-edition lipstick range called Project Chimps, where 20% of sales went to an organization dedicated to caring for retired research chimpanzees. 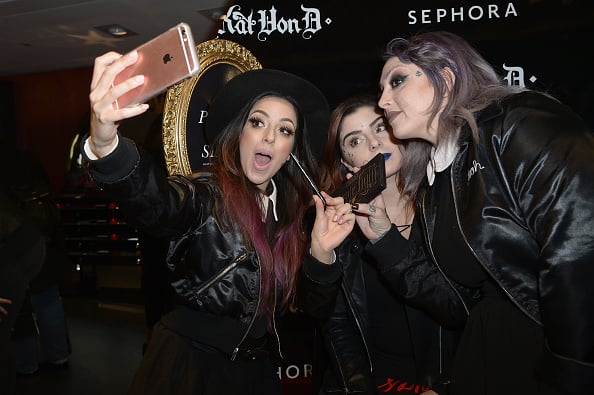