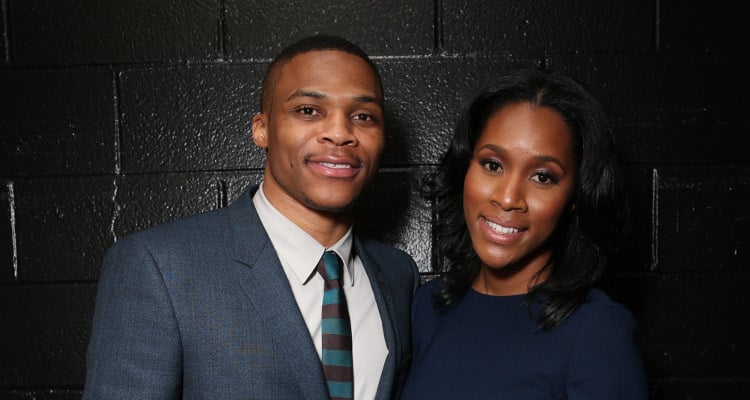 Russell Westbrook is more than just an amazing basketball player and his wife, Nina Earl, has been with him since college. Here is everything you need to know about Russell Westbrook’s wife in our Nina Earl wiki.

It is definitely not easy being a successful basketball player’s wife! The more court-time their husbands get, the more people look into their personal lives. However, Nina Earl knows exactly how to handle the media attention.

Nina Earl was born on January 16, 1989 in Upland, California. Her siblings are Michael Earl, Jonathan Earl and Benjamin Earl. Just like her husband, Nina played basketball, finding success at UCLA. Nina started playing basketball as a freshman, starting in 15 games and scoring double figures 11 times. Nina’s team bio describes her as “one of fastest players on [the] team.”

Russell and Nina met while at UCLA, where she studied English. In 2014, Russell proposed to his long-time girlfriend with a huge rock from Jason of Beverly Hills that cost around $700,000!

In an interview with ESPN, Russell was asked what he likes about Nina, to which he replied, “She’s a smart girl. She’s in school right now, trying to get her master’s in psychology. She knows what she wants to do in life, which is great. That’s easy for me to cope with.”

The beautiful couple got married in 2015 in front of family and friends, including Kevin Love, Kevin Durant, James Harden, Serge Ibaka, and reality star, Khloé Kardashian.

Nina and Russell are Expecting Their First Child

Good news is in store for the couple! A few months ago, Nina posted a photo on Instagram showing off a baby bump. Though they did not outright confirm the announcement, further posts revealed that Nina Earl is expecting.

Nina and Russell Do a Lot of Charity Work

In 2012, the basketball player started the Russell Westbrook Why Not? Foundation, which focuses to “inspire the lives of children, empower them and ask ‘Why Not?” According to the web site, the primary motive of the foundation is “to teach kids to never give up.”