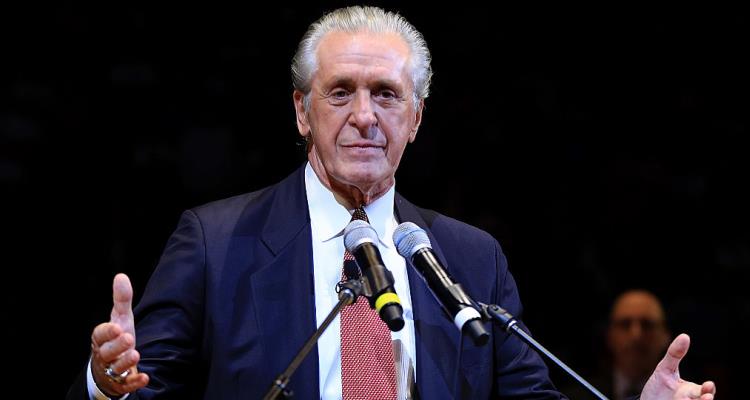 In an interview with ESPN Magazine, Miami Heat president, Pat Riley revealed how angry he was when LeBron James left to go back to the Cleveland Cavaliers. If you want to know more about this story, plus information on Patrick Riley’s daughter, family and more, then have a look at our Patrick Riley wiki.

Patrick James Riley was born on March 20, 1945 in New York and is the president of the Miami Heat. He has an estimated net worth of $80.0 million and is 72 years old. As a student at the University of Kentucky, Riley played both basketball and football, but ultimately chose basketball as a career path.

When James left the Miami Heat to return home to the Cleveland Cavaliers, it wasn’t just fans who were angry, betrayed and disappointed. Riley felt all those emotions and more when he got the phone call in 2014. After three years and a championship parade later, Riley opened up about what he was feeling that day, in an interview with ESPN Magazine.

“I was silent,” Riley said. “I didn’t say anything. My mind began to just go. And it was over. I was very angry when LeBron left. It was personal for me. It just was. I had a very good friend who talked me off the ledge and kept me from going out there and saying something like Dan Gilbert. I’m glad I didn’t do it.”

He added: “It was personal for me. It just was,” Riley said. “I had a very good friend who talked me off the ledge and kept me from going out there and saying something like Dan Gilbert. I’m glad I didn’t.”

Riley seemingly had it all before, but when Chris Bosh, Dwyane Wade and LeBron James left, his momentum began to slide as well as his chances at a championship title. Pat Riley’s family doesn’t just include his wife and kids, but it includes his players, as well. He was even a guest at Wade’s wedding to Being Mary Jane star, Gabrielle Union and he invited them to his house for dinners. But after Riley had some time to reflect, he realized that James did what he had to do at the time.

“He went home because he had to go,” Riley said. “It was time. It was really time for him to go home, in his prime. If he’s ever gonna do anything in Akron again, this was the time to do it. Otherwise, he’d have had a scarlet letter on his back the rest of his whole life.”

Riley’s net worth of $80.0 million comes with countless titles and championships for the Miami Heat. They are one of the best teams in the NBA and have always maintained a roster of top tier players. Riley has been coaching for a long time (almost too long) but it’s his passion for the game that has kept him going for all these years. If you’re a Heat fan, then you can understand why James’ departure was like a knife to the chest—or the back, from Riley’s perspective!

Patrick’s longtime wife is Chris Rodstrom and they have two kids together; a daughter named Elizabeth Riley and son named James Riley. They met when Pat was a professional basketball player, while she was attending San Diego State University. When Patrick was having a hard time with all of the news about James leaving the team (as well as his loss of Wade and Bosh), the two booked an immediate flight to Paris to unwind and went to see a few Bruce Springstein shows, according to ESPN. Well, that’s a nice way to unwind and relieve some stress!