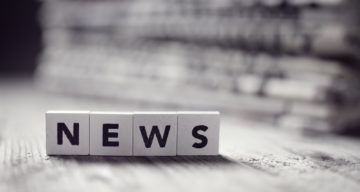 PBS NewsHour’s prominent foreign correspondent, Nick Schifrin, has been MIA for a while. But it’s far from bad news. Schifrin has been basking in the newlywed life (as well as new parenthood!) and celebrating his marriage. His followers often ask who Schifrin’s wife is. If you’ve glanced at his social media, you’d catch a glimpse of his longtime girlfriend-turned-wife Camilla Schick. She is in the same industry, and they met thanks to their jobs. We reveal more about Nick Schifrin’s wife and their relationship here.

Camilla Schick was born in the United Kingdom. She graduated from St. Paul’s Girls’ School in London in 2003.

According to her LinkedIn, Schick is fluent in English, Hebrew, French, and Arabic. Her skills and career have taken her to Tel Aviv, Israel, besides her home base of London. She is currently living in Washington, D.C., with her family.

Her career began around the same time at Media Standards Trust. She then had a brief stint with the online editorial team at Haaretz in Tel Aviv in 2011.

From 2012 to 2015, Schick was freelancing in Tel Aviv for BBC, Al Jazeera, Deutsche Welle, and others. She anchored newscasts on multiple platforms about the Israel-Palestine situation.

When she returned to London, she was a freelance producer and journalist for BBC. From 2016 to 2019, Schnick worked as a video journalist and breaking news producer for The New York Times in London.

She has been based in D.C. since at least 2019. She’s currently a foreign affairs producer for CBS News.

Nick Schifrin, the foreign affairs correspondent for PBS NewsHour, has lived in multiple countries to report from the ground. He was also based in London in 2012 and later in Jerusalem when he was Al Jazeera America’s first foreign correspondent.

He met Schick in 2014 when they were both working in Jerusalem. They would meet in Tel Aviv; Paris; London; Washington, D.C.; Istanbul; Athens; and many other cities during their long international courtship.

Eighteen months into their long-distance relationship, Schick moved to the U.S. and settled in D.C. to be with Schifrin. In May 2019, they were on a trip to Paris where Schifrin proposed and Schick said yes.

Camilla Schick and Nick Schifrin officially married during Thanksgiving 2019 in Washington, D.C. They had planned a separate wedding reception in Schick’s homeland for 2020, but the pandemic forced them to postpone it.

Schifrin announced in March 2021 that he and Cam—as she occasionally goes by—were expecting their first child together. Their son, Noah Anthony Rudy Schifrin, was born on April 18, 2021.

Schifrin is absent from the air while he is on paternity leave. And he’s made the most of it. The new parents finally got to have their British wedding on September 4, 2021, at Elmley Nature Reserve in England.