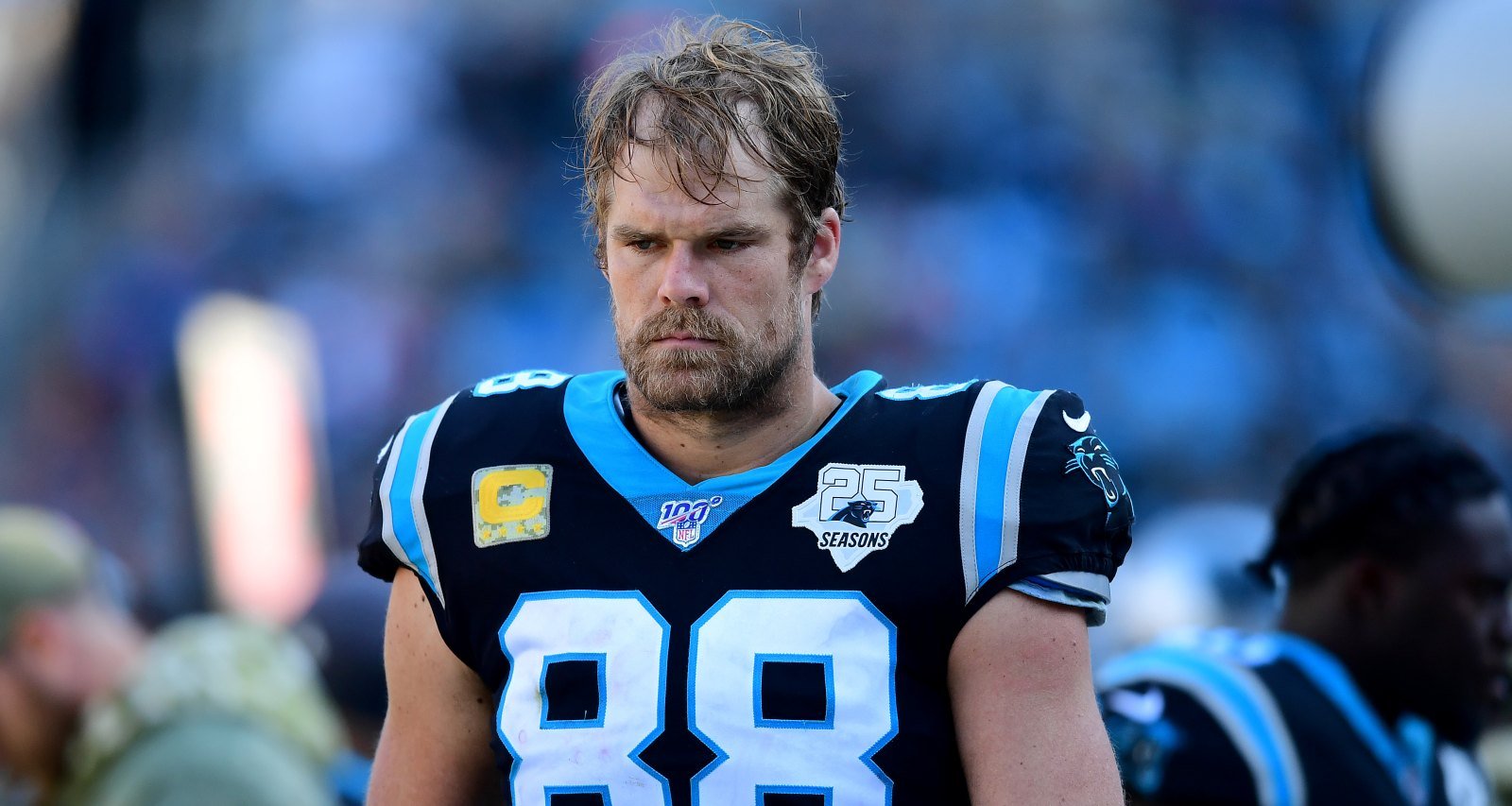 Former NFL pro-turned-sportscaster Greg Olsen followed a similar career trajectory to another NFL legend, the late Merlin Olsen. Both played over 10 seasons in the league before transitioning to the broadcast booth. And because of their common last name, some football fans wonder if Greg Olsen is related to Merlin Olsen. More specifically, they ask if Greg is Merlin’s son or nephew. But there’s no evidence of a familial relation between them, as we explain here.

Greg Olsen Is Not Related to Merlin Olsen

Merlin Olsen was born on September 15, 1940, in Utah. He was one of nine siblings born to Merle Barrus and Lynn Jay Olsen.

Merlin and his brothers Phil and Orrin Olsen were athletes and played football. After college, they were selected into the NFL and played at the same time, which is a rarity. Merlin and Phil were also teammates and defensive tackles for the Los Angeles Rams during the 1971 and 1972 seasons.

After one of the most successful careers in NFL history, Merlin retired in 1976. The Rams legend turned to a career in sportscasting soon after, as well had an acting career on the side.

After battling cancer, Merlin Olsen passed away in 2010 at the age of 69. He is survived by his wife and college sweetheart, Susan Wakley; their kids, Kelly, Jill, and Nathan; his siblings; and extended family.

At the time of his passing, there was no mention of a Greg Olsen. Younger football fans may know him as the NFL tight end who retired recently.

Greg Olsen was born on March 11, 1985, in New Jersey to coach Chris Olsen Sr. and Sue Olsen. His brothers Chris Jr. and Kevin Olsen also played collegiate football. While Chris didn’t get selected into the NFL, Kevin had major legal problems that led to his dismissal from multiple college teams.

After the Chicago Bears selected Greg in the 2007 NFL draft, the Miami alum played 14 seasons in the NFL. He later played with the Carolina Panthers and the Seattle Seahawks before announcing his retirement in 2021. Like Merlin Olsen, he switched to broadcasting immediately, announcing his new job at Fox Sports the day of his retirement.

There’s no evidence that Greg Olsen and his family have a connection to Merlin Olsen. The families share a talent in football and a last name, but that’s where the connection ends.