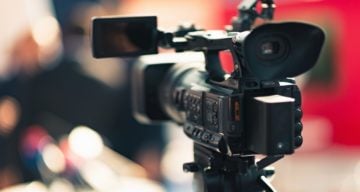 Mary Mays spent most of her career bringing weather updates to the residents of Nashville. But now the meteorologist is stepping away from the green screen for good. Mary Mays announced she is leaving WKRN-TV’s News 2 in 2022. That naturally led to Nashville residents asking questions about where the meteorologist is going and if they will see her in broadcasting again. They especially want to know whether she will remain in Nashville. Fortunately for her viewers, Mary Mays answered most queries about her departure from WKRN News 2.

Mays had worked on campus as a student clerk at the UGA Map Library and as a research/teaching assistant at Georgia Tech. She was also a meteorologist intern at WSB-TV.

The meteorologist began her career in broadcasting in 2012. She joined KXXV-TV/KRHD-TV as a weekday morning and midday meteorologist in Waco, Texas.

Mays moved to Fort Myers, Florida, to work for WINK News in 2014. She then became a freelance meteorologist in 2017, working for WJCL News 22 in Savannah, Georgia.

In 2018, Mays moved to Nashville, Tennessee, where she has been a part of the WKRN News 2 weather team since. Not only was she bringing the weather forecasts to News 2 viewers, but she was also reporting stories on severe weather and weather impact on the local community.

Mary Mays announced she is leaving WKRN and the broadcast news industry for good. She wrapped her last day on the air at WKRN-TV on November 1, 2022.

Mays is currently engaged to her long-time boyfriend, who is only identified as “Rosie” to her Instagram followers. Recently, she’s been offering glimpses into the wedding planning process.

She has yet to reveal if she has a new job lined up. But it’s unlikely she will return to broadcast news soon. Mays’ immediate goal is to use the extra time she now has to plan a wedding.

Fortunately, those who admire this meteorologist can run into her in the city. Mary Mays is staying in Nashville for the near future.