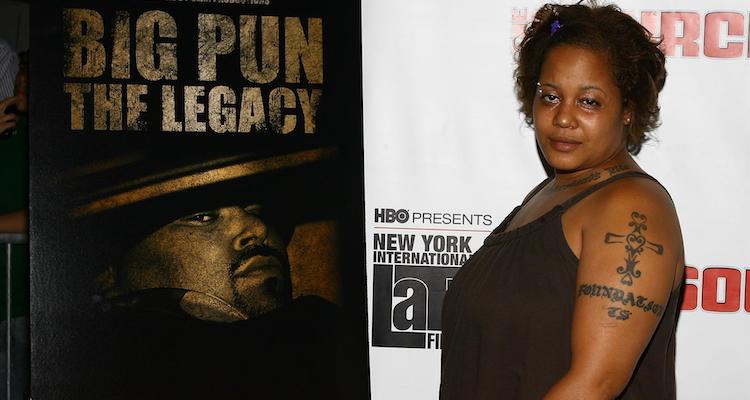 Did Big Pun abuse his wife? The legendary lyricist and rapper has been dead since 2000 but is still looked upon by some as a trailblazer and icon. By others, he’s viewed as a great rapper but a not-so-great person. Since his death, there have been accolades but also accusations. Did Big Pun beat his wife? We’ll get to the bottom of this controversy, right here.

Liza Rios was born in February 1973 and Big Pun was born November 3, 1971. Big Pun and Liza Rios got together when Rios was very young. They reportedly began to date when she was just 14 years old. Rios was 17 and pregnant when the couple got married. From the beginning, Rios’ parents were unhappy about their daughter dating Big Pun, the disagreement even caused Rios and her father not to speak for ten years! Rios would go on to be the mother of Big Bun’s three children, Chris, Vanessa, and Amanda. Despite the young age that the two got married, they were together until Big Pun died in 2000 at the age of 28.

But what the world didn’t know was from the age of 16, Rios alleges that Big Pun abused her both emotionally and physically. Reportedly, Big Pun had been emotionally and physically abused himself by his drug-addicted mother. According to Rios, that abuse left scars on Big Pun fed into a cycle of violence. Big Pun would begin to horribly overeat as a way to medicate his pain and when that didn’t work, he would turn his anger on his family. Regardless the reason, Big Pun smacked his wife, plain and simple.

After Big Pun’s death, Rios participated in a documentary about Big Pun, where she opened up on the abuse that she and the family had suffered at his hands. While to some, this was a big deal, others did not take kindly to what Rios was saying.

In many communities, Rios speaking out would make her a hero. That she was brave for telling her story, one that may help women realize that they are in an abusive relationship. But in hip-hop culture, especially when the documentary came out, the idea of snitching, even when someone was dead, was frowned upon. For a period, the hip-hop community turned their backs on Rios because she told the truth about the abuse and as they see it, snitched on Big Pun and defamed his memory. For example, R&B singer Michel’le accused both Dr. Dre and Suge Knight of abuse and up until recently, the story had remained quiet and generally ignored. Despite the fact that Michel’le was around Dre and had a child with him during the rise of NWA, her character is mysteriously missing from the film Straight Outta Compton, as if she didn’t exist. Dre’s assault on journalist Dee Barnes is also missing from the film. In fact, Eminem even made a joke of the assault on his track “Guilty Conscious.”

Times are changing. With the Harvey Weinstein scandal and the various stories of physical, sexual, and emotional assault that are coming to light, the doors are opening for people to come forward with their own stories of abuse. It seems everyday there is a new allegation and it’s a shame to see the hidden underbelly of Hollywood that is being revealed after all this time. Rios’s story is also being reexamined and applauded for her honest portrayal of her abuse and her situation. Her son, who now performs under the name “Chris Rivers,” recently released a video that depicts and talks about domestic violence within the family. Rivers a clear example of someone who shows growth of the attitudes in the hip-hop community towards domestic violence. Rivers used to perform under the name Lil’ Pun, but as he got older, he began to understand what his mother went through. He has since asked to never be referred to as Lil’ Pun again.