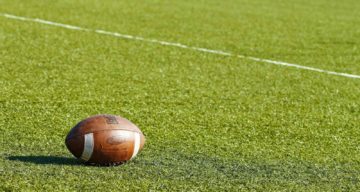 Image by Nomad369 from Pixabay

Kelsey Riggs is one of the prominent faces covering football on ACCN/ESPN. The journalist has covered sports in three major cities and is quickly becoming the face of ACCN. Her legion of fans on social media continues to grow, and her new followers want to know more about who is Kelsey Riggs. She is a former athlete herself and is not one to shy away from the intense workouts of professional athletes, as seen on her show. This Kelsey Riggs wiki has more details on the former athlete-turned-anchor.

Kelsey Elizabeth Riggs was born on November 19, 1988 and is a native of South Carolina. Kelsey; her sisters, Breanne and Chandler; and their parents, Bryan and Pam, are from Charleston.

Riggs was a student-athlete who played soccer at James Island Charter High School. She went on to play soccer at Charleston Southern University.

According to her Twitter bio, she tore her ACL while trying to relive her glory days playing for the Buccaneers. She graduated  from the university with a bachelor’s degree in communication in 2011 and embarked on a career in sportscasting.

Soon after graduating, Riggs began her career at Charleston’s CBS affiliate, WCSC-TV. She was a production assistant on Live 5 News for a year.

In 2012, she joined Florence’s WBTW-TV. She was a reporter for a year and then a sports anchor for for two years until 2015.

Riggs spent almost four years in Charlotte, North Carolina when she was a sports anchor/reporter at the local NBC affiliate, WCNC-TV. While in Charlotte, she was front and center of all the Carolina Panthers coverage.

In 2019, she relocated to Connecticut when she was appointed by ACCN/ESPN. Currently, she is a sideline reporter and hosts the studio show during football games.