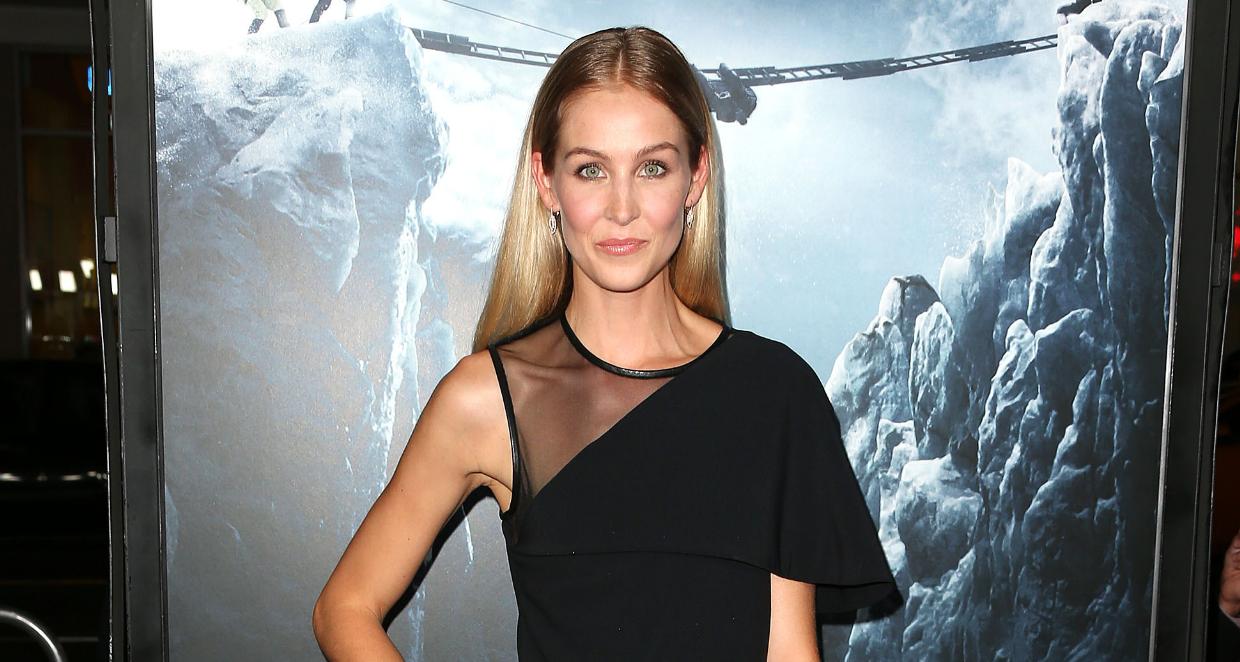 He may be an antagonistic purple menace in the Marvel Universe, but in real life, Josh Brolin is a big ol’ teddy bear who can’t stop gushing over his pregnant wife. Third time was a charm for the A-list actor, who married Kathryn Boyd in 2016 after his divorce from Diane Lane.

Josh Brolin and Kathryn Boyd’s relationship was met with mixed feelings from people. But the star couldn’t care less about their naysayers.

The son of the iconic James Brolin and stepson of Barbra Streisand is set to become a dad again. Josh Brolin’s wife is pregnant with their first child together, which warrants Kathryn Boyd’s wiki to celebrate the mom-to-be.

The Atlanta native has had a stellar education in the media field. She graduated from The Lovett School and attended the University of Georgia where she acquired a Bachelor of Arts in Magazine Journalism and a Certificate in Photojournalism.

Boyd also studied photography at the prestigious Santa Reparata International School of Art in Florence, Italy. She did a one-year internship at Atlanta-based marketing firm BARK BARK right after she graduated.

She Was Josh Brolin’s Assistant

According to her LinkedIn profile, she was an assistant to the Unit Production Manager in Bonanza Productions’ 2010 TV show, Past Life, before working as a director-producer’s assistant at TVM Productions.

She also briefly worked as an assistant to renowned funny man Ben Stiller during the filming of his 2012 movie, The Watch. She was also a production assistant in the 2011 reboot of Footloose and 2014’s Dumb and Dumber To.

In 2013, Boyd went on to work at Brolin Productions as the executive assistant to, you guessed it, Josh Brolin. At that time, the actor was freshly divorced from Oscar-nominated actress Diane Lane.

A decade before their divorce, Brolin was arrested for domestic battery. But Lane refused to press charges against him.

He was arrested once again for public intoxication in 2013, which turned out to be a difficult period for Brolin. But it turned for the better when he began a relationship with Boyd some time later.

Josh Brolin, the son of James Brolin, was married to Alice Adair for six years before the couple divorced in 1994. The couple has two children, Trevor and Eden Brolin.
The actor then married Diane Lane in 2004. However their nine-year marriage also ended in divorce. They had no children together.

Lane’s divorce papers cited irreconcilable differences as the reason for separation. However, rumors circulated that Brolin’s violent tendencies or an affair ended their marriage.

Barely a month after his divorce, Brolin began dating Boyd. This sparked rumors that the couple was having an affair while Brolin was still married to Lane, but those allegations were never confirmed.

Fanning the flames, Brolin’s stepmother, Barbra Streisand, reportedly sided with Lane during her divorce from Brolin. Streisand allegedly wasn’t entirely fond of Boyd, but Brolin continued his relationship with her despite his stepmother’s disapproval.

When Boyd and Brolin got engaged in 2015, Streisand was reportedly on the verge of boycotting the wedding. But these rumors were groundless.

The legendary songstress was present at their September 2016 wedding, along with her husband, James Brolin and many of Josh Brolin’s friends from the film industry.
Boyd has also gone on record to say that Streisand is a wonderful mother-in-law. 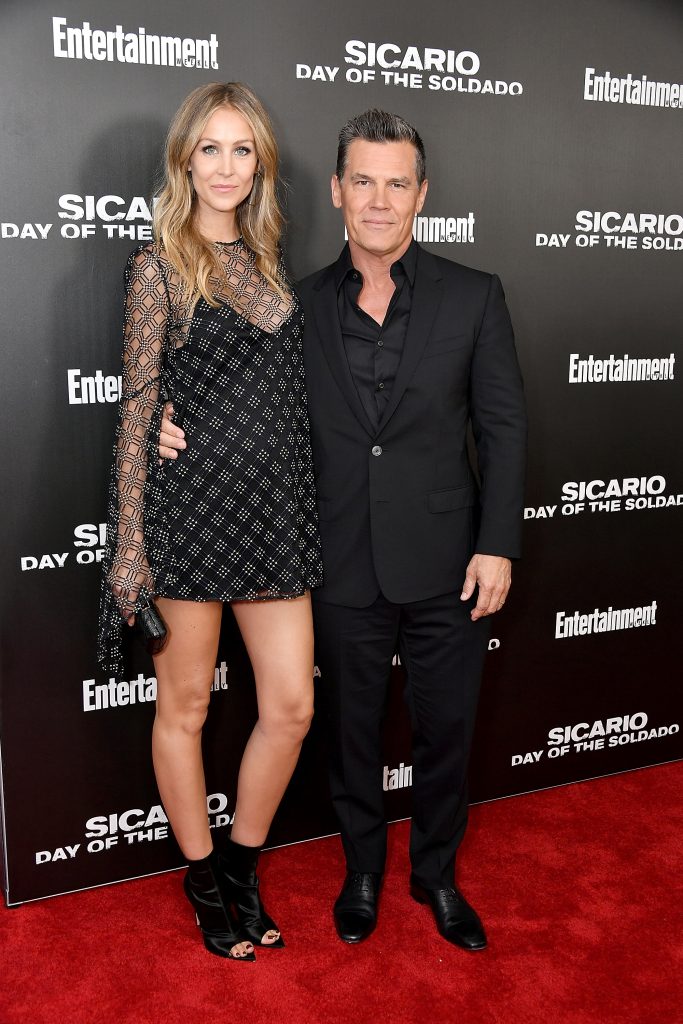 Josh Brolin and wife Kathryn Boyd at the screening of ‘Sicario: Day Of The Soldado’. Credits: GettyImages/Michael Loccisano

Despite Kathryn Boyd and Josh Brolin’s age difference, it doesn’t present a problem in their marriage, and they’ve been going strong. He shares his happiness of his wife’s accomplishments, particularly her growing business.

On May 28, 2018, Brolin revealed he’s going to be a dad for the third time. Boyd is pregnant with their first child together, a baby girl they affectionately refer to as “Cowgirl.”

There’s a new sheriff in town, and she’s no bigger than a sweet potato. Hang on to your hats. #jbkbstucktogether #lilbeanterritory #loveisaslovedoes

In 2014, Boyd went from assisting actors to life in front of the camera. She signed with LA Models Agency and embarked on a modeling and acting career.

She’s a registered actress in SAG-AFTRA with limited acting credits. Most of her work has been short movies.

Boyd is more noted as a producer of documentary films for Brolin Productions. She has produced and starred in short films like Rideshare, Ride to Vegas, and Loveless in a Brown Room.

Even her sister, Heighlen Boyd, is an actress. She is known as Anna from Valor and Esta in Into the Badlands. And Brolin is not shy of promoting his sister-in-law’s work either.

With Kathryn Boyd’s height of five-foot-10, the stunning model knows the struggle of finding the perfect jeans for tall people. That inspired her to expand into the denim business with Midheaven in January 2018.

The collection sources eco-conscious denim fabric from Italy, and the jeans are manufactured in a green and sustainable mill that reduces waste production. The designs are made to fit the tallest of women of every size and curve.

“The factory is literally located in a national park, so they have a bunch of different guidelines that they have to follow in terms of waste management and all of their production tactics. They use cotton that is sourced from the Better Cotton Initiative,” said Boyd.

The 30-year-old doesn’t have any design training. But she has been working on a denim line for years. Boyd paid close attention to all the tweaks made on her outfits when she was a fit model to create styles for women as tall as six-foot-three with longer inseams.

She started with a line of four styles manufactured by 25 sewers in Los Angeles. Boyd has since expanded the collection, which became a hit among women of every height for their versatility.

Midheaven also has celebrity fans like Nicole Kidman and Cindy Crawford and received rave reviews from publications like Vogue.

Kathryn Boyd has big plans for her label, including expanding into retail beyond the online market. She hopes to make a capsule collection for plus-size women, along with activewear and sleepwear.