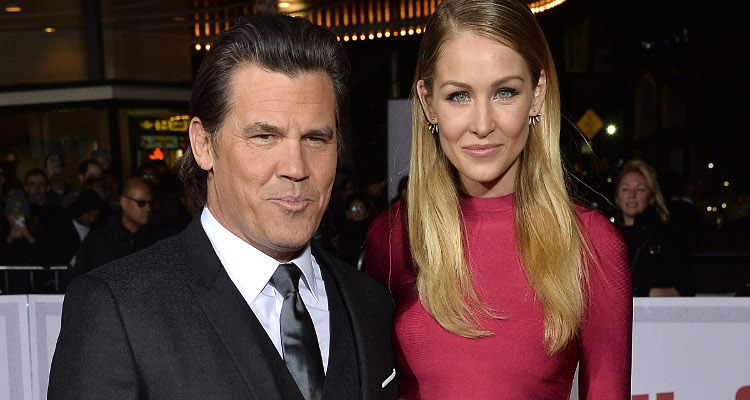 You heard it right! Josh Brolin has married again! Recently, actor Josh Brolin was in the news for his wedding to model, Kathryn Boyd. The Goonies star wed his much-younger former assistant in an extravagant ceremony in North Carolina, with close friends and family in attendance on Saturday (September 24). Fans of the hopeless romantic want to know more about his new Mrs., and are searching the Internet for Josh Brolin and the age gap difference with Kathryn Boyd. Don’t go anywhere else, because we’ll tell you everything you need to know about Josh Brolin’s wiki, including his net worth, age, and wedding!

Josh Brolin’s marriage to Kathryn Boyd is actually his third one. The 48-year-old movie star married the young model in a private ceremony and according to onlookers, the couple seemed ecstatic and deeply in love. Brolin popped the question to his new wife in March of last year, and she happily accepted his proposal. Since then, the lovebirds had been planning out every little detail of their wedding to perfection. Brolin was earlier married to actress Diane Lane from 2004-2013. The former couple mutually filed for divorce, citing irreconcilable differences. Before Lane, Brolin was married to actress Alice Adair from 1988-1994. He has two children from his first marriage—Trevor Brolin (28) and Eden Brolin (22).

A Star Is Born

Josh Brolin is the son of the award-winning actor, James Brolin and Jane Cameron, a wildlife activist. He was born on February 12, 1968, in Santa Monica, California, but was raised on a ranch away from the Hollywood spotlight. After his parents’ divorce when he was 16 years-old, Brolin took an interest in pursuing acting after taking an improv class in high school. He kick-started his career with TV movies and guest appearances. Growing up, Brolin admitted to being part of a surfing group called, “Cito Rats,” who stole cars and did drugs.

Brolin is well-known for his iconic film roles such as Hollow Man (2000), No Country for Old Men (2007), American Gangster (2007), W. (2008), Milk (2008) and Inherent Vice (2014), among others. He made his Hollywood debut with the cult film, The Goonies (1985) and since then, there has been no looking back for the star, who once considered quitting acting. Brolin is famous for his villainous roles and has multiple award nominations. Recently, Brolin was seen in blockbuster films like Guardians of the Galaxy (2014), Sin City: A Dame to Kill For (2014), Avengers: Age of Ultron (2015), Sicario (2015) and Everest (2015). Brolin has graced the small screen as well, making guest appearances in TV shows like Private Eye, 21 Jump Street, Mister Sterling, Into the West and Saturday Night Live.

Brolin has also worked behind the camera. In 2009, he executive produced and acted in a documentary feature film titled, The People Speak, utilizing both his dramatic and musical performances. He made his writing and directorial debut with a short film called X, based on a prison inmate who escapes from prison to reunite with his daughter and search for his murdered wife. In his ’20s, Brolin wanted to quit acting and for a short time, actually became a stock broker. He was the co-founder of a stock trading web site.