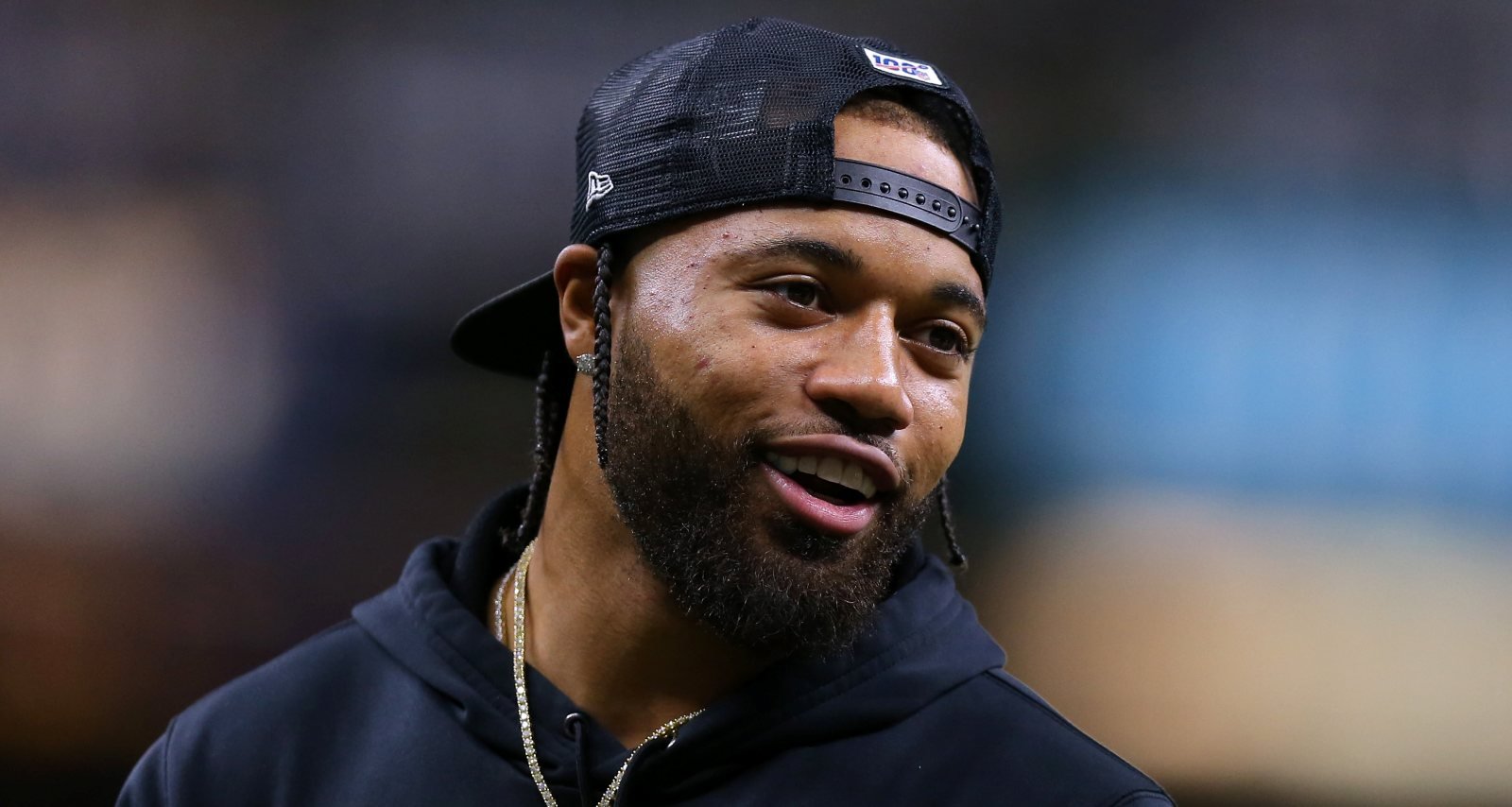 Marshon Lattimore of the New Orleans Saints at the Mercedes Benz Superdome on November 24, 2019 in New Orleans, Louisiana. (Photo by Jonathan Bachman/Getty Images)

Marshon Lattimore is proving to be a formidable cornerback for the New Orleans Saints in the four seasons he has played in the NFL. His fans can’t help but wonder if his talent on the football field runs in the family. Specifically, they want to know if Marshon is related to Marcus Lattimore, a former NFL pro-turned-coach. Marcus’ career was short-lived, but his talent was visible at one point. Could he be related to the rising NFL star? Here’s what you need to know.

Marshon Lattimore Is Not Related to Marcus Lattimore

Marshon Lattimore was born on May 20, 1996 in Cleveland, Ohio. He is one of three children born to Felicia Killebrew and Marland Lattimore Sr.

Marshon’s father Marland was a standout quarterback in high school. He was set to play in college, too, before an injury ended his career.

Felicia Killebrew mostly raised her children by herself while Marland was in and out of prison before he cleaned up his act. Felicia, who grew up alongside football-playing brothers, was one of Marshon’s first coaches who supported him throughout his career.

Marshon definitely grew up in an athletically-gifted family. But there’s no evidence of a familial connection between Marshon and his family and Marcus Lattimore.

Marcus Lattimore was born on October 29, 1991 in Duncan, South Carolina. The San Francisco 49ers selected him in the 2013 NFL draft. But he didn’t see any play time while on the non-football-injury list before announcing his retirement in 2014.

Marcus turned to coaching and was last working as the director of player development at his alma mater, the University of South Carolina. He left in January 2020 and his current job is not known.

Marcus Lattimore often posts about his family, including his brother, on social media. But he has no apparent connection to Marshon Lattimore, except for football and their last names.