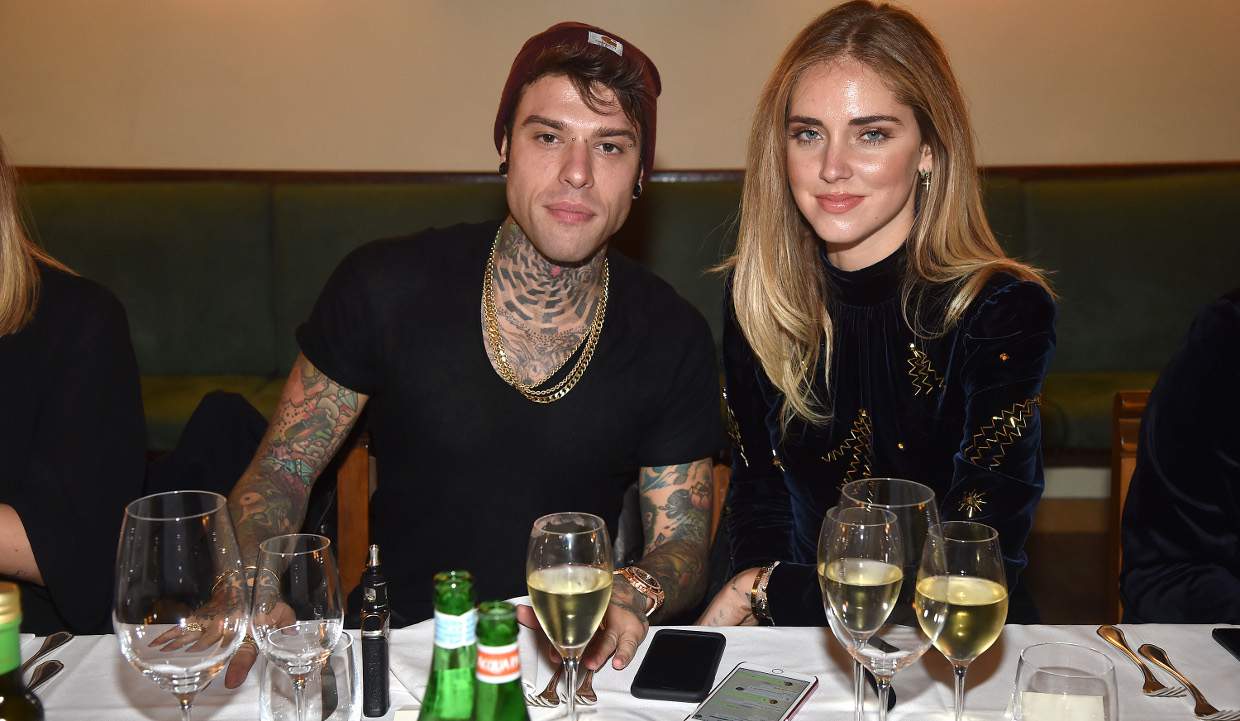 Baby on board! Italian rapper Fedez and fashion influencer Chiara Ferragni welcomed a baby boy on Monday, March 19, 2018! The happy news was shared by both Ferragni and Fedez on their respective Instagram accounts. But what do we know about Chiara Ferragni’s boyfriend-turned-fiancé? Read everything you need to know about him with details from Fedez’s wiki!

He was born Federico Leonardo Lucia on October 15, 1989, in Milan, Italy. He is famous by his stage name, Fedez.

Fedez spent most of his childhood between Buccinasco and Corsico, in the province of Milan. He dropped out school to pursue a career in music.

Fedez’s Music Career and Net Worth

Fedez recorded his first self-produced album in 2011 with a very small budget in hand. It was released as a free digital download, and all the songs were mostly about social and political problems.

In the same year, Fedez signed a contract with the label, Tanta Roba, which was founded by Guè Pequeno and DJ Harsh.

In January 2013, Fedez released his first single, “Si scrive schiavitù si legge libertà,” to a major label. The same song was then included in the album, Sig. Brainwash – L’arte di accontentare, in March 2013.

The album was well-received by the audience and success began to snowball for Fedez. It peaked at No. 1 on FIMI’s Italy Albums Top 100 Chart and was later certified triple platinum!

Besides music, Fedez was a guest judge in 2013 during the auditions in season 7 of the Italian version of X Factor. In the same year, it was revealed that Fedez would be one of the judges on the eighth season of the show.

On September 30, 2014, Fedez released his fourth studio album, Pop-Hoolista. It was certified gold a week after it was released.

Fedez appeared in the remixed version of Ariana Grande’s song, One Last Time, in 2015.

Fedez’s net worth is estimated at $10.0 million.

Fedez also has a website (fedezofficial.com) that gives a background about the singer, news, and information about any upcoming events. In fact, his fans can also buy merchandise like t-shirts, caps, and, sweatshirts via the site.

On June 1, 2018, Fedez and J-Ax will be performing for the first time at the Stadium San Siro in Milan. So, if you are excited and want to go, you can buy tickets on the website.

He Is Chiara Ferragni’s Fiancé

When they started dating each other, Ferragni and Fedez didn’t shy away from uploading photos with each other on their respective social media accounts.

Fedez popped the question to his lady love in May 2017, during his concert in Verona, Italy, after dating for a while. A small girl grabbed Ferragni’s hand and took her to the stage towards the end of the concert, where a small video of the couple’s sweet moment was being filmed.

Fedez then took to the stage and sang an Italian song dedicated to Ferragni. He got down on one knee after the song was over and proposed to Ferragni in front of thousands!

The entire arena was filled with fans who were screaming with happiness. And of course, Ferragni said yes!

The concert and proposal were broadcast live on Italian radio and TV channel RTL 102.5.

Recently, the sweet couple welcomed their baby boy, Leone Lucia Ferragni. In fact, Fedez shared a photo of himself holding his son on his Instagram account, and it’s already garnered more than 1.6 million likes!

The Italian rapper has a huge fan following on social media. Fedez’s Instagram followers are around the 5-million mark.