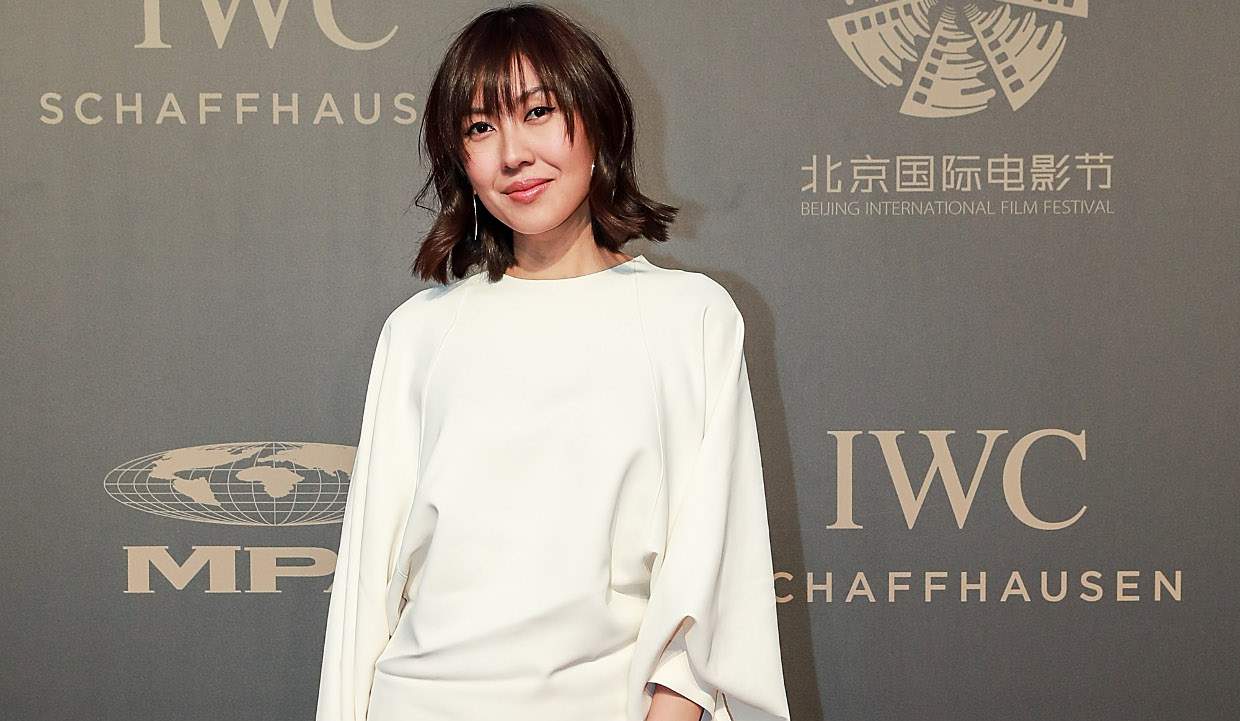 Fashion stylist Liz Uy recently uploaded a photo of her new bundle of joy on Instagram to showcase her baby’s debut on social media! People can’t stop oohing and aahing at the sight of how adorable her baby is! However, after looking at the photo, people are also wondering if Raymond Racaza is her baby’s daddy. Let’s find out, right here!

Who Is Liz Uy?

Liz Uy’s age is stated to be 36. She was born to banker parents in Manila, Philippines.

Liz Uy’s sister, Laureen Uy, is as a fashion blogger. Meanwhile, her brother, Vince Uy, is the creative director of Preview magazine. Uy claims that she got inclined towards fashion because of her brother Vince. He had a major style influence on her and her sister.

Besides being a stylist, Uy also has a website, and the “About Liz Uy” section states, “Liz Uy is a stylist, author, and fashion editor-at-large from the Philippines. She works as a digital curator for Style Singapore and is the creative director of a styling company, Stylized Studio based in Manila.”

Uy’s website has different sections such as Style, Beauty, Culture, and Collaborations.

The fashion stylist is also active on social media platforms such as Instagram and Twitter. She has around 1.5 million Instagram followers, and she uploads photos on a regular basis for her fans to see.

When Uy started working as an editorial assistant for Preview magazine, she used to work on all the fashion pages and fashion products on her own. Additionally, Uy has worked at Esquire. Uy has been a part of the fashion industry for 13 years now. She is currently focused on being a celebrity stylist, which she’s known for being very successful at.

Reportedly, in 2006, Uy was in a relationship with actor John Lloyd Cruz. They dated for a while but eventually parted ways in 2009. Talking about her breakup, Uy said, “My dad says that he was grateful [for Cruz], that that [breakup] happened to me, because I was so sheltered.”

In 2010, it was also reported that Uy briefly dated former President of the Philippines Benigno Aquino III.

Her Baby’s Debut on Social Media

Uy is making headlines today for a bomb she dropped, as she revealed that she had a baby! Her fans were taken by surprise when Uy uploaded a photo of her cute little munchkin.

The star stylist captioned the photo with his name, “Xavi,” and the mother-son duo looks very happy.

In an interview with Preview magazine, Uy confirmed the fact that the baby in the photo is her son. She revealed that no one, not even her friends, knew that she was going to share the news of her baby being born! She kept a very tight lid on this shocking news until now.

And motherhood has certainly changed Uy’s mindset and said, “I don’t really think only of myself anymore. Every time I do anything, I think of Xavi first.”

Uy didn’t give any details about when the baby was born. But fans are speculating that Xavi was the reason she couldn’t attend Anne Curtis and Erwan Heussaff’s wedding in November 2017, in New Zealand.

Even though Uy is the newest mom in town, she still prefers to keep it fashionable and chic. She selects her clothes carefully, especially now that she has a baby to take care of!

Is Raymond Racaza Her Baby Daddy?

Although Liz Uy’s baby made his debut on social media, her fans are still curious to know who her baby daddy is. She didn’t reveal information about who the baby’s father is, nor is her dating life public. However, people are already coming to their own conclusions.

Since the Instagram post, many people have taken to Twitter and are speculating that Raymond Racaza could be the father of the child! Why is this such a shock?

Raymond Racaza is the husband of Dr. Geraldine Zamora Racaza!

These are just speculations, and nothing is confirmed yet.

Liz Uy has also remained tight-lipped about the Twitter posts.