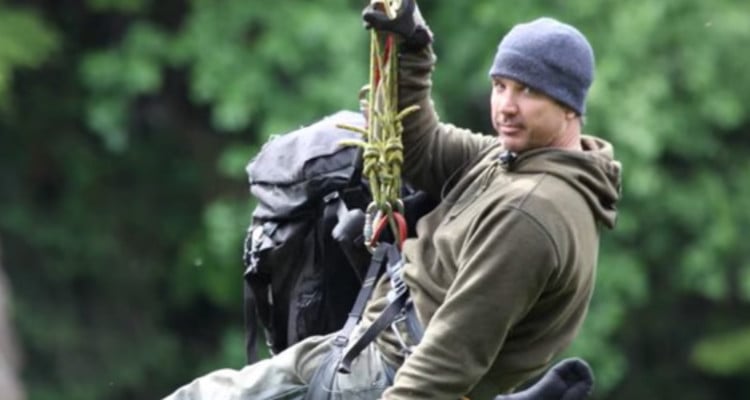 Dustin Hurt from Gold Rush doesn’t really need an introduction. With the show being an absolute hit, the Dakota Boys member became increasingly popular with fans. Let’s take a closer look at his life with details from Dustin Hurt’s wiki.

Dustin Hurt appeared in multiple episodes of the infamous reality television series, Gold Rush. Airing on Discovery, the show captures the gold mining efforts of a few family-run mining companies, most of which are located in the Klondike area of Dawson City in Yukon, Canada. However, Todd Hoffman’s 316 Mining company’s efforts have ranged across both North and South America.

Gold Rush has been incredibly successful. Just a few months ago, it began airing its eighth season.

Who Is Dustin Hurt?

Apart from being a reality television personality, Dustin Hurt is a contractor and wildland firefighter.

Born in New Orleans, Louisiana, Hurt began working in construction immediately after graduating from high school. However, in his early 20s, his focus shifted.

Hurt chose to become a wildland firefighter for the California Forest Service. His job involved suppressing forest fires before they spread, and he spent long hours working alone.

For several years Hurt worked as a self-contained firefighting unit. Later, he left to join his father, Fred Hurt, at the Jim Placer Mine. And after the Hoffman Group was squeezed out, Fred Hurt’s group worked at the Porcupine Creek.

On Gold Rush, Dustin Hurt was a member of the Dakota Boys. His presence became prominent after he had a tiff with his father. However, the feud was soon resolved.

According to sources, Dustin Hurt’s net worth is estimated at $1.0 million.

Where Is Dustin Hurt Now?

The Dakota Boys are currently on yet another mining venture in Gold Rush: White Water. This time around, Fred and Dustin Hurt have taken things to another level and put together a diverse team of mountaineers, divers, and bush mechanics to extract gold in a secluded canyon from the raging rapids in Alaska.

When questioned about their new show, Fred Hurt revealed, “It’s not for the faint of heart. I mean, you’re looking down at 250 feet straight down. These are cliff walls. The walls on the sides of Porcupine Creek that we’re crossing, and where we’re working, are vertical. I mean, they’re 200 or 300 feet straight up, and when you go over that edge out there, hanging by a couple of little straps, it’s a little bit of a pucker moment, and we saw that fright in the eyes of some of the guys for the first time they ever went across that thing. We had to do this twice a day for the entire season.”

Watch them in action every Friday at 10:00 p.m. EST on Discovery.