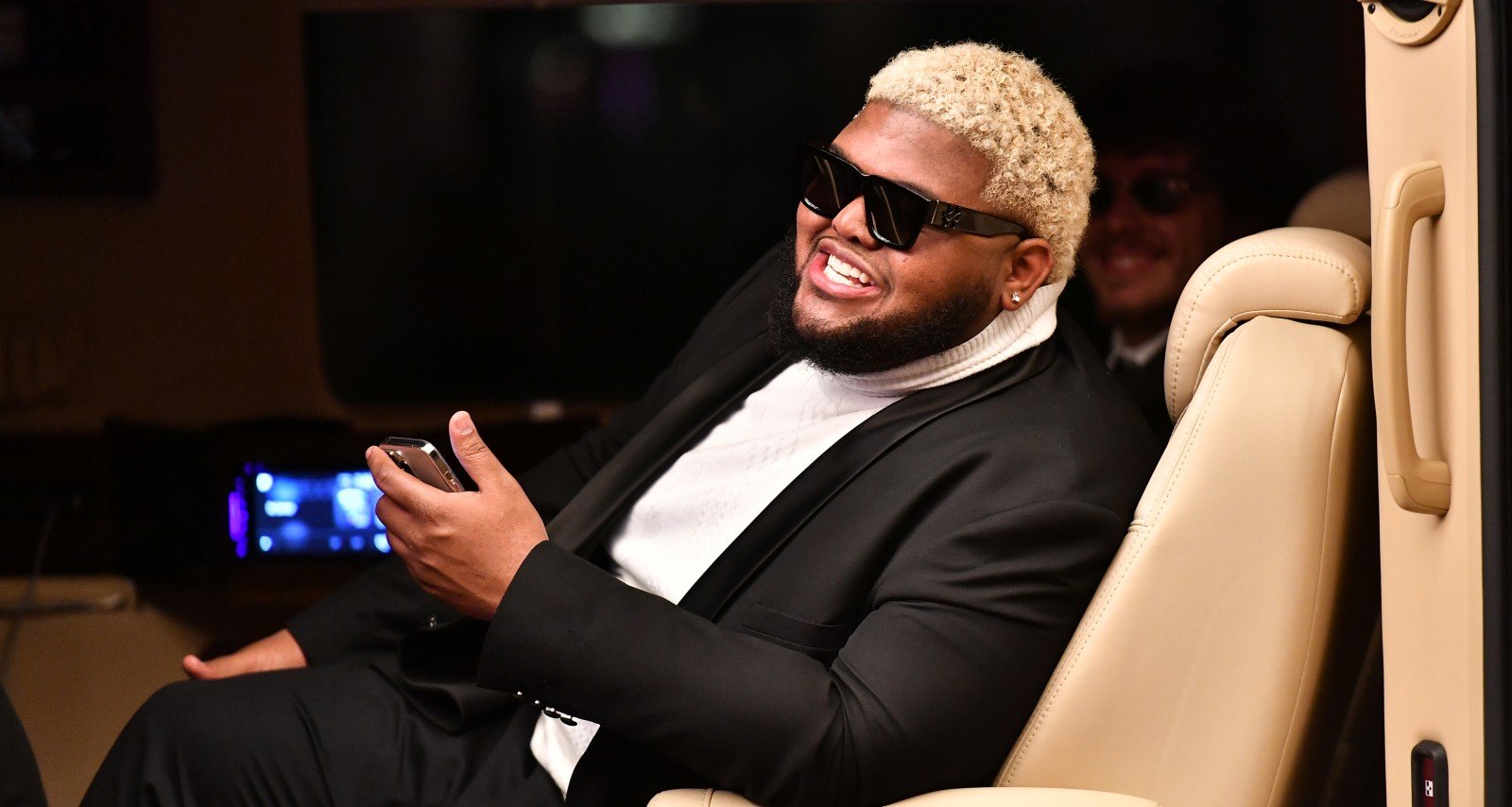 Druski went from a making cameo in a Drake video to creating his own social media content that tickles the ribs of over three million followers. The comedian is set to host The Off-Season Tour with J. Cole, and continues to produce viral Internet skits. And it all started with wanting to prove to his family that he could make his entertainment dreams a reality. Druski’s family members are a far cry from the funny genius. In fact, his parents initially weren’t happy with his career choice, either. That only provokes the curiosity of his fans, who want to know who Druski’s parents and siblings are. So we reveal his background right here.

Druski was born Drew Desbordes on September 12, 1994. He was born in Maryland, but grew up in Gwinnett County in Georgia.

Drew is the older of two kids born to Capt. David McLain Desbordes and Cheryl Desbordes. Both his parents are academically inclined and boast accomplished careers.

So when their son decided to pursue a career in entertainment, it didn’t go down so well with David and Cheryl.

Drew said that “upset” didn’t even begin to cover it. “My mom used to lose it—like literally cry,” he recalled in an interview with GQ.


When Drew dropped out of college, his mother was disappointed and his grandmother threatened to cut him off.

That only served as his determination to prove them wrong, and he went on to become a comedian with appeal not only in the conventional comedy clubs, but also on platforms like TikTok and Instagram.

Druski’s father David graduated from Howard University where he was part of the ROTC program. He was awarded candidacy to the U.S. Air Force Academy, completed flight officers training, and served the U.S. Air Force.

After leaving at the rank of captain, he served in the Pittsburgh National Guard where he was promoted to major. After leaving the armed forces, he became a commercial pilot with United Airlines.

Drew Desbordes’ mother Cheryl  holds a bachelor’s and master’s degree in public health from the University of Maryland Baltimore County and the University of North Carolina at Chapel Hill, respectively. Since the ‘80s, she has worked in state departments.

When Druski quit college and moved in with his mother, she wasn’t very happy. Especially because she was dipping into her retirement savings to put him through college.

When he was staging his Internet skits in the living room, it only annoyed Cheryl further. His mom’s frustration spurred Druski to improve his content and build his followership.

Now Cheryl probably sees that her son is a star on the rise. But she still hopes the Sneakin’ In With Druski host will go back to school and complete his degree.

Drew Desbordes has a younger sister, Nadia Desbordes, who was born in 2006. Nadia is a standout volleyball player in high school. She is set to graduate in 2024 with opportunities to play collegiate volleyball.