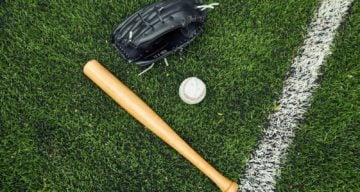 Drew Pomeranz, a baseball pitcher for the San Diego Padres, lost most of the 2022 season due to an injury in his left elbow. However, he is expected to return to the field in top form. In all the ups and downs, one person was always by his side. And that is Drew Pomeranz’s wife, Carolyn Pomeranz. The MLB WAG is his greatest supporter and a source of encouragement. She always tries to attend all his matches and cheer for him. Get to know more about Drew Pomeranz’s wife, Carolyn Pomeranz, in this wiki.

Carolyn Pomeranz (nee Esserman) was born on December 26, 1991, to Yvette and Charles Esserman in Alameda County, California. Her dad is the co-founder and CEO of TSG Consumer Partners LLC, an investment company in the San Francisco Bay area. She has at least one sister.

Carolyn Pomeranz attended Miramonte High School in Orinda. She earned a BS in Human and Organizational Development from Nashville’s Vanderbilt University in 2014. Before that, she worked as an assistant account executive at Pereira & O’Dell (a boutique advertising agency), a business analyst at TSG Consumer Partners (her dad’s company), and a production assistant at Fueled (a mobile app development company).

After she graduated, Carolyn Pomeranz worked with Salesforce, a software development company in San Francisco. In 2016, she founded and became CEO of CarolynSaidIDrew.com (a fashion-focused travel and lifestyle website). She also writes blogs to inspire others to maintain a fashionable, healthy, and fun lifestyle. Furthermore, the blogger also shares her experiences during the only two seasons she and her husband are used to—baseball season and off-season.

In 2019, she became the director of the Celebrity Fashion Group, a company that deals with brand-building, licensing, equity, and endorsements for celebrities, influencers, and athletes.

Drew Pomeranz’s wife also participated in the Red Sox Foundation and Red Sox Wives 16th Annual “From Fenway To The Runway” Fundraiser in 2017.

It is unclear how the couple met. According to one of the MLB player’s posts, they started dating in August 2014. He proposed to his then-girlfriend on December 27, 2015, one day after her birthday, at Four Seasons Resort Hualalai.

They married on November 19, 2016, in Hawaii. And country pop music duo Dan + Shay performed at their wedding.

The MLB WAG nearly attends all of her husband’s games. Otherwise she wouldn’t see him nearly as much due to his busy schedule.