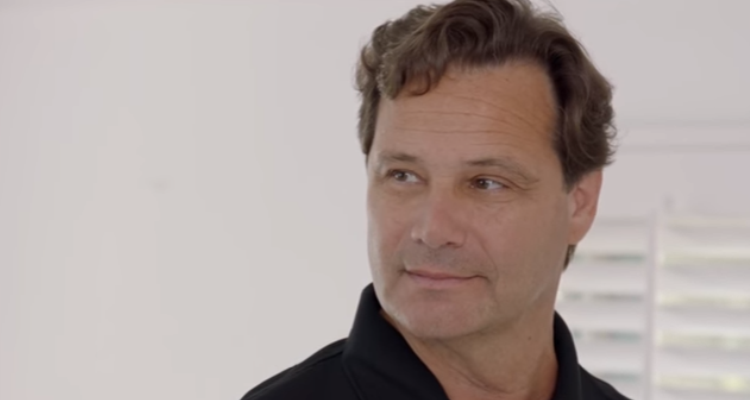 There’s some more drama happening on the set of the hit E! show, Second Wives Club, and it has to do with a certain former beauty queen, Tania Mehra! So, naturally everyone wants to know more about the love life of Dean Bornstein and Tania Mehra. Want the scoop? Then get all the details on the latest drama and more with our Dean Bornstein wiki.

Who is Dean Bornstein?

In Hollywood, Dean Bornstein was known as Dean Hamilton, a Canadian actor from Windsor, Ontario. Dean Bornstein’s age is 20 years older than Mehra. He was born in February, 1961, making his age 56. Dean Bornstein’s net worth is estimated at $7.0 million and he acquired his wealth by acting. He rose to fame in the ’80s on the hit soap opera, One Life to Live and also appeared in the TV series, 21 Jump Street with Johnny Depp. Now, he’s the CEO of the Sherwood Media Company, which is an independent finance, distribution and film production company. Among other credits, he also produced the 2007 film, Blonder and Blonder, starring Pamela Anderson and Denise Richards.

Dean Bonrstein’s fiancée became his wife on October 16, 2016 and they were married at the Sherwood Country Club. The wedding invitations also sparked controversy during an episode of the Second Wives Club. The series premier debuted all of the wives and the soon-to-be wives of wealthy men. Mehra announced her engagement and upcoming wedding to Bornstein, but the women were surprised that they weren’t invited so close to the wedding.

“Once one invitation goes out, it’s going to be like when Alexander Graham Bell invented the telephone,” Mehra said. “Everyone is going to be calling each other and I’m not sure I’m ready to deal with that quite yet.”

Things escalated once it was revealed that Shiva and Morisa hadn’t received invites, while Veronika and Katie did. They made matters worse when they brought up the snub over dinner.

“It’s absolutely proper etiquette to invite everyone,” Veronika said. “Shiva didn’t get an invite. She got discontinued like an old MAC lipstick.”

Shiva was worried about her own wedding ceremony to Mohamed Hadid, who was clear that he was in no rush to tie the knot.

“The thing about it is, we have it so right, right now,” he told her. “I’m not sure, I feel like you and I are married already.”

He’s Going to be a Father, Again

Bornstein is already a father to his son Zach, but the growing pains are starting all over again. Mehra is pregnant with their first child: A son! The reality star took to Instagram to share the good news and both parents couldn’t be happier.

“I have never been so happy in my entire life. I have never felt love like this and I feel truly touched by God’s grace. “For this child I prayed and the LORD has granted the desires of my {HEART}” 1 Samuel 1:27
This is the only chance in life I will get to assist God in a miracle! I love you so much little one. Thank you for shifting the focus of my life. [sic]”

His Wife was Called Fake

“I don’t know what Tania’s trying to do,” Veronika says. “I don’t have energy for it. I don’t believe for a second that Tania wants to reconnect. However, I’m going to put all the petty in me aside and I’m going to go and I’m going to be civil and be an adult and hear her out.”

She continues, “I don’t really know what we have to rehash or go over, but I’m just not a mean-spirited person. If she wants to get together, we can talk.”

Later, when the phone rings and Shiva picks up, Veronika says Tania is “as fake as a $3 bill.” The drama seems to never end for the Second Wives Club, and we can’t say we aren’t loving every minute of it!

Baby we found love right where we are ???