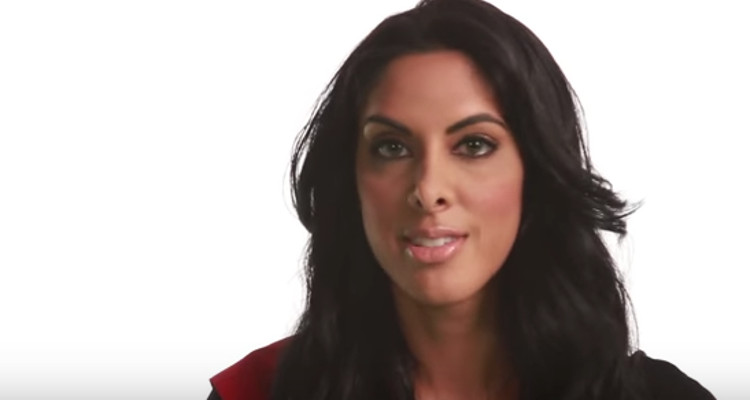 Miss India 2011, Tania Mehra, is the latest member to join the cast of E!’s, Second Wives Club. She is a model and actress who currently lives in L.A. with her fiancé, Dean Hamilton.

Tania Mehra is 33 years old and she is a former beauty queen and Maxim model. She won the Miss India USA 2011 title and has traveled around the world doing fashion shows for the Christian Audigier/Ed Hardy fashion house, and more.

After winning the beauty pageant, Tania Mehra moved to California to start her career in the entertainment industry. She acted in a couple of movies like Hair Battle Spectacular (2010), Trust Me, You’re Famous (2016), and My Antonio (2009).

The former Miss India USA is 20 years younger than her fiancé and will soon be a stepmom to his son. Mehra admits that she never expected to fall in love with someone who was married before, but it looks like there’s a first time for everything!

This isn’t her first stint with reality TV. Tania Mehra made appearances in Hair Battle Spectacular (2010-2011), Whats Up Girl! (2015), My Antonio, Baggage, The Millionaire Matchmaker, and Botched.

If you take a look at her recent pictures, Tania Mehra may look a bit different from her Miss India days. It was reported that Mehra was coerced by her ex-boyfriend to get a nose job. Unfortunately, the rhinoplasty surgery did not go as planned and she was left with a “pig nose.” The botched operation shattered the beauty queen’s confidence. She said, “I was Miss India 2011, but now people refer to me as ‘pig nose.'”

Mehra later went under the knife again and to get her nose perfected by L.A. doctors, Paul Nassif and Terry Dubrow.

Tania Mehra’s net worth is estimated to be $1.0 million.

The former Maxim model and beauty queen is an absolute bombshell. At 33, she looks as gorgeous as ever and could give many models a run for their money! Here are six hot pics from Tania Mehra’s Instagram.

A flower does not think of competing with the flowers next to it…..It just blooms. ???I used to be my biggest critic, I would stand in my own way and I placed too much emphasis on what people thought of me. I finally love the skin I'm in and the woman I have become! #limitless #selflove #prosperity #growth #happiness #life #love #blessings #positivity

She's badass with a good heart, soft but strong. Unapologetic and honest. She's the type of women you go to war beside, the type of woman you marry ????

#4. Looking at a phone never looked so sexy!

#5. The road is the runway when Tania Mehra walks!

Women don't realize how powerful they are

#6. She perfected the smoldering look!

You are the closest I will ever come to Magic ??♌️ #taniamehra