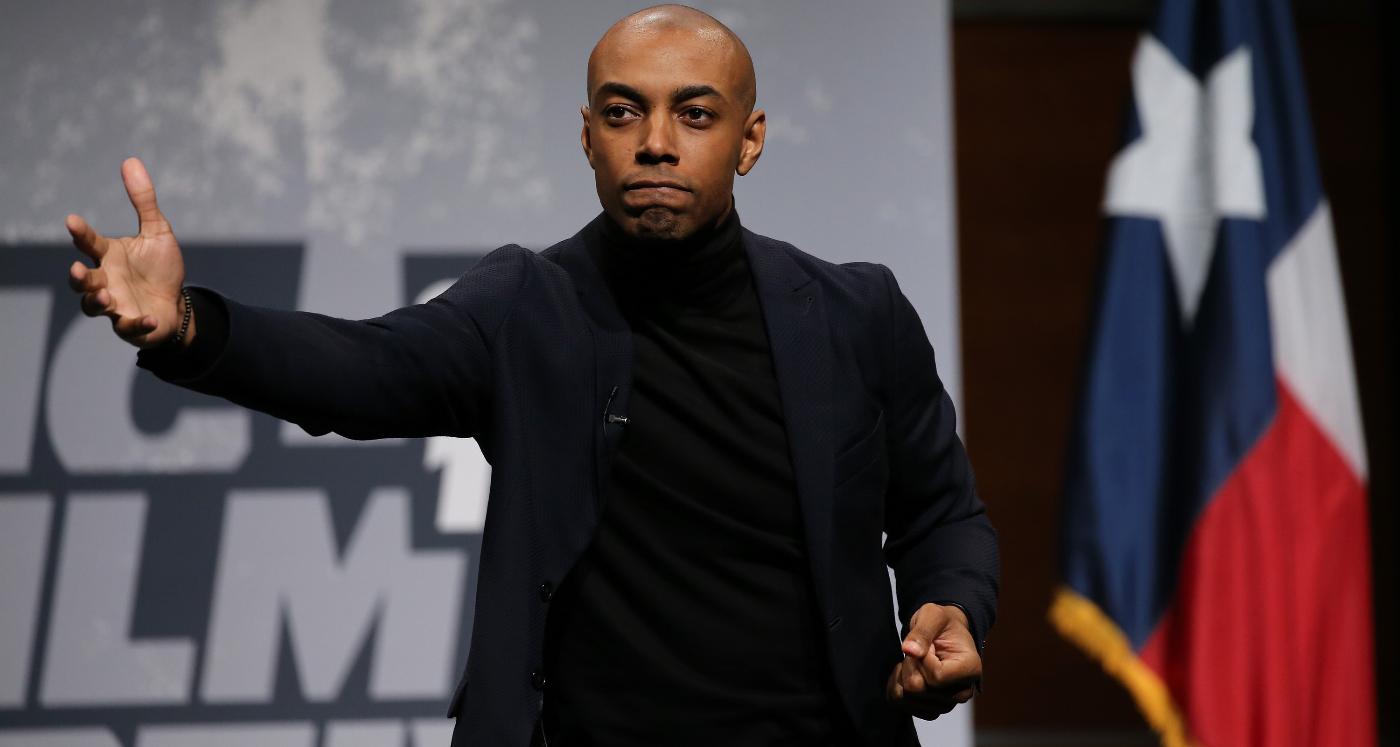 A Harvard Business School graduate and excellent orator, Casey Gerald has released a new book titled There Will Be No Miracles Here, which not only speaks about the perpetually discussed “American Dream,” but claims it’s all a myth! Fans of the TED Talks guest are wanting to know more about him, and we have curated a detailed Casey Gerald wiki to help you get to know the man better.

Thirty-one-year-old Casey Gerald’s speeches have been a source of inspiration to many who have often wanted to find their paths. With the release of his new memoir, we’re sure a lot of people will benefit from his words and experiences. Before you head off to buy the latest “Amazon Best Seller,” meet the author here!

Casey Gerald Had a Harrowing Childhood

Casey Gerald’s difficult past has been his greatest strength. He was born into an unstable family with parents who were seemingly unfit to raise a child. He was born on January 6, 1987 in Oak Cliff, Dallas, Texas, to Debra, who was bipolar, and his father Roderic, who was a drug addict.

Eventually, they abandoned him, and his life was left in the hands of his grandmother Clarice and sister Natashia. His grandmother, who cleaned houses for a living, means the world to Gerald. His grandfather was a Baptist preacher.

He was a kid when he witnessed an attempted robbery in his own home. Gerald says one night he heard a knock on the door. When he got closer, he heard a bang and then a crash, as two thieves had broken open the front door.

Gerald remembers being tied up and thrown to the floor, which is when he started to think it would be his final day. He says he remembers praying, and then, in that moment of ultimate fear, a calm washed over his body.

He had never felt more detached before, and before he knew it, the thieves were scrambling to get out of the house because the cops had arrived.

Gerald has a great sense of being given a second chance at life, and it’s what propelled him to take up a path that would help him make this world a better place to live in.

He attended South Oak Cliff High School in Dallas, then got accepted into Yale University, which is where he majored in political science.

#tbt, to when I was, in my mind, an extra from @missymisdemeanorelliott ’s I can’t stand the rain video, and when the cold ass sun in Chicago made me look, for a min, refreshed instead of sleep deprived. ??? . . . . #missyelliot #supadupafly #miracles #chicago #bookstagram #tour #sleep

“My first year at Yale was one of the most difficult years of my life. I showed up with clothes two sizes too big and a coat two layers too thin and an accent that nobody could understand,” Gerald said, adding, “I never realized how poor I was until I got to Yale. I had gotten what I thought was a good score on my standardized tests in high school. Then I got to Yale, and, you know, the dumbest people I met had scores that were way higher.”

He was on Yale University’s football team, the Bulldogs, as a defensive back, but Casey Gerald chooses not to speak at length about his athletic career.

His journey from a rough childhood to a life of sharing his life-changing theories and ideas with the world has been an encouraging one.

“The reality is that I wouldn’t have been at Yale if it weren’t for football. There’s no question about that,” he expressed gratefully.

Gerald graduated from the prestigious HBS in 2014, and he was bestowed the chance to give the commencement address.

With over 200,000 views on YouTube, his speech is recommended for anyone who is looking for motivation.

Ever since his powerful voice was heard by his class at HBS and thousands of others, he has become a local hero who is often called on to speak about various topics across the political spectrum.

Not only did Gerald make an impact, but in his own way, he also opened up another world of opportunities for himself, which he seized with both hands!

With a couple of his classmates, Casey Gerald co-founded the MBAs Across America movement, which provided a platform for entrepreneurs across the nation to come together to create and reinvent the business scene—to help each other and build a stable economy for themselves.

The company has shut down now, and Gerald said the main reason for its demise was the “theory of change.” “What happened over the course of three years is that people went from ruthlessly doubting us to blindly believing we were saviors,” he said. “And I think one of the big lessons of our generation has been that it’s a very dangerous thing to put all our faith in a savior who’s going to solve all our problems.”

Released on October 2, 2018, by Penguin Random House publications, Gerald’s memoir was dubbed the “Best Book of 2018” by The New York Times. He was on tour promoting his book from October 5 to October 25, 2018, visiting cities like NYC, Baltimore, Philadelphia, Austin, and Iowa City.

He spoke about the memoir and his experience in his various fields of work, from the time he spent in Washington, D.C. under some influential politicians to the time he was working for Wall Street who’s whos like Lehman Brothers.

The book also speaks about his personal struggles, like discovering his sexual orientation and later embracing being gay, and a lot about his experience in the world of business.

i got threee versions. fourth [real, final hardcover] on shelves 10.2.2018 131,228 words @ last count. will post some here, soon. takes a long time to sound like yourself. [h/t miles davis]. longer time to put the sound on paper. since it’s lucille clifton’s bornday, i’ll just say for now — “i made it up here on this bridge between starshine and clay, my one hand holding tight my other hand; come celebrate with me that everyday something has tried to kill me and has failed.” ? + handwritten v: @caseygerald |galleys + hardcover + paperback: @riverheadbooks . . . . . . . [ ?? #lucilleclifton #frankocean #art #poetry #books #author]

Right now, you can find his book online as well as in stores, but his book tour has ended. You can find more information on PenguinRandomHouse.com and on his official website.