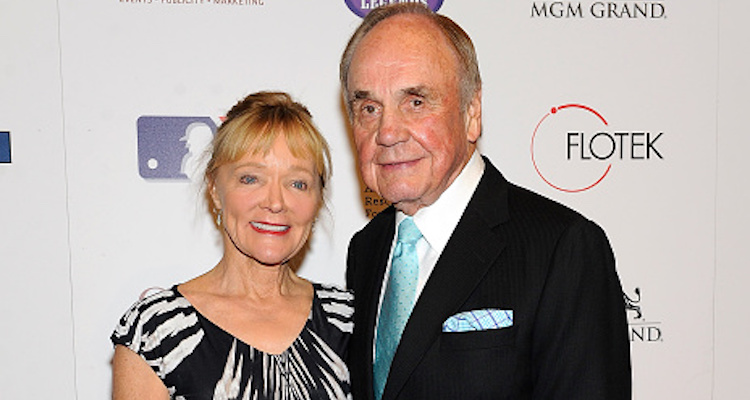 Dick Enberg is probably one of the most legendary sportscasters in the history of televised sports and known for announcing almost every North American sport from baseball to tennis. But the man behind that voice had a family, too. Dick Enberg’s wife, Barbara Hedbring, has been along for the ride for numerous of years. Read all about Dick Enberg and Barbara Hedbring’s relationship and family in our Barbara Hedbring wiki.

The Basics about Barbara Hedbring

Barbara Hedbring met Dick Enberg while the two worked for NBC. They married in 1983, a decade after Enberg’s first marriage ended. Hedbring and Enberg were married for approximately 34 years before Enberg’s recent passing.

For many years, Hedbring worked as an interior designer, eventually heading up her own firm, HE Designs. She also served on the board of the La Jolla Music Society for many years.

Hedbring is an avid cyclist who often combined her passion with charity work. She was inspired by the athletes involved with the Challenged Athletes Foundation, an organization that provides opportunity and support to people with physical disabilities. She even biked from San Diego to San Francisco, which is approximately 600 miles, to help raise money for the organization.

Enberg and Hedbring lived in La Jolla, California, in a spectacular home designed mainly by Hedbring. The couple enjoyed numerous vacations in France, so Hedbring designed the home with a Mediterranean feel that is reminiscent of the French countryside.

Enberg’s one condition for the home was that he was to get a wine cellar at the first part of the home. It was complete with a winding staircase that leads to a tasting room. The room had a vaulted ceiling that looks similar to a cave!

Hedbring also managed to work her husband’s career into the home with a theater room containing sports memorabilia from Enberg’s long career. There’s even a 1920s-era bench from Wimbledon as part of the furniture.

Along their 34 years of marriage, the happy couple had three children together. Dick Enberg and Barbara Hedbring’s kids included a son named Ted Enberg, and two daughters, Nicole and Emily Enberg.

Ted Enberg is a sportscaster just like his father. He even got to call a Padres game with him before Dick Enberg retired!

Nicole Enberg worked in communications at ABC News and NBC News. But she now works as an account manager for Launch Squad, a PR firm based out of San Diego.

Emily Enberg is a video producer and photojournalist.

Barbara Hedbring is also stepmother to Enberg’s children from his previous marriage to writer Jeri Taylor. Together, they had three kids—actor Alexander Enberg (best known for his work with various Star Trek franchises), actor-musician Andrew Enberg, and daughter Jennifer Enberg, who passed away of ovarian cancer 17 years ago.