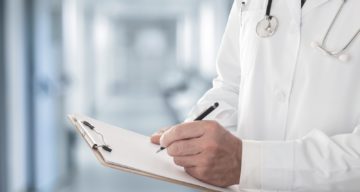 Leslie Marshall, the illustrious radio host, has often opened up about her family’s experiences in heartfelt pieces. Marshall is married to Dr. Asghar Husain, who she’s mentioned in her pieces about their children. Dr. Husain is known in athletic circles for helping sports pros deal with their injuries. Thanks to Marshall, we know of his remarkable work, especially in the current atmosphere. Find out about Leslie Marshall’s husband in this Asghar Husain wiki.

Asghar Husain was born on September 4, 1967. He is currently based in California with his family.

Asghar has at least one sister. But very little is known about his parents and where he grew up.

According to Leslie Marshall, her husband is American-born with Indian roots and was raised in a Muslim family. While the family name has Arabic and Muslim origins, Dr. Asghar Husain is neither.

Marshall has expressed her fear of her children becoming victims of Islamophobic hatred and ignorance over their name.

Asghar Husain married Leslie Marshall on June 28, 1996. They are parents to a son and a daughter.

Husain and Marshall suffered heartbreaking losses on their journey to parenthood. The journalist’s Ashkenazi Jewish ancestry left her at higher risk of carrying the Canavan gene mutation. Testing confirmed her carrier status, and that Husain was a carrier of the Turkish mutation of the neurological disease.

When even IVF couldn’t increase their chances of having a healthy baby, Marshall’s brother reminded her of her childhood dream. Marshall had been inspired by Josephine Baker’s story and hoped to adopt children in the future before she forgot about it in her adult life.

Husain also jumped on the suggestion of adoption, under the condition that they adopt a child of his ethnicity, specifically Indian. The problem, according to the adoption agency, was that they’d never encountered an Indian child being put up for adoption in the United States.

After all the paperwork, they traveled to India only to become stranded in bureaucracy. Just when they were close to giving up, Marshall considered adopting from Pakistan.

And while the notion of American citizens adopting from Pakistan had its own set of problems, it wasn’t going to deter this couple. Husain had lived in Pakistan before for a humanitarian mission and his history could be helpful.

A group of philanthropists, the Edhi Foundation, helped them with the adoption. But when they were called to Pakistan to see their son, it wasn’t as rosy as you’d imagine.

Among the things they witnessed during their time in Pakistan were shootings of judges by terrorists and political turmoil in the aftermath of former Pakistani Prime Minister Benazir Bhutto’s assassination. After four months, the couple would return home with their son.

Later on, they discovered that one of their frozen embryos did not carry the genetic mutation. With that, they went through their 13th round of IVF to give birth to their healthy daughter.

Marshall has heard the ignorant comment or two about her son’s ethnicity, including being asked about the possibility of her son growing up to be a terrorist. She has penned articles about the Islamophobic-driven hostility towards innocent children and reminds readers that terrorism comes from ideology, and not genetics.

Asghar Husain earned his medical degree from the University of Miami School of Medicine. He did his residency in orthopedic surgery at the San Francisco Orthopedic Residency Program, a sports medicine fellowship at Cincinnati Sports Medicine, and an AO visiting trauma fellowship at Harborview Medical Center in Seattle. He also served as the staff orthopedic physician at UC Davis Medical Center in Sacramento.

Dr. Husain is a lauded orthopedic surgeon in California with over a decade of experience. His focus is primarily on shoulder, elbow, and knee surgeries.

Husain has been featured in peer-reviewed journals and earned numerous titles for his remarkable work. It’s no wonder that he’s sought by some of the top athletic bodies.

They include the Anaheim Angels-affiliated Rancho Cucamonga Quakes minor league baseball team, professional tennis tours, the Ontario Reign hockey team, and student-athletes. He’s also a clinical assistant professor in the Department of Orthopedics at the USC School of Medicine in Los Angeles.

The nature of Dr. Husain’s work is performing elective surgeries. Recently, Marshall penned an article about second-line physicians like her husband who had to cancel or reschedule treatment plans to keep supplies and beds free for the COVID-19 patients.

Dr. Husain opted to fill in for his frontline colleagues who became infected and couldn’t work due to quarantine. Marshall revealed her fears being married to a doctor during the pandemic.