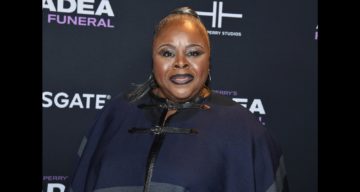 Tyler Perry’s House of Payne season 10 premiered on BET on May 25, starring the original cast including Cassi Davis. House of Payne got an early renewal ahead of the season premiere, and it should be celebratory for fans. But concern for Cassi Davis is overtaking the fun. Fans noticed the actress who portrays Ella Williams-Payne looks different and asked what happened to her. Davis recently made a revelation about what she is going through.

Cassi Davis has portrayed Ella, the matriarch of House of Payne, since the Tyler Perry sitcom began. Fans who have grown up with the show feel a distinct bond with the main cast.

So when they noticed something different about Cassi Davis in the season 10 premiere, fans were concerned. Viewers worried that the 54-year-old actress may have suffered a stroke that affected her facial muscles or caused her eye to droop.

Cassi Davis didn’t suffer a stroke. But she did explain her visible health condition.

In February 2021, she appeared on the podcast The Culture, where she spoke about her husband, Kerry Patton; her career; and her health.

Cassi Davis has developed Bell’s palsy. The condition affects facial muscles and causes the side of Davis’ face to droop.

She said she was diagnosed with it in March 2020. And added that her husband has not “skipped a beat” in her care.

The condition has not impacted the funny lady’s personality in the least. She said that while it doesn’t hurt, it is a bit of a distraction.

For Davis, the diagnosis has shown her strong relationship with her husband and other loved ones she credits for support. And, for sure, her fans will be in her corner, too, and wish her well.