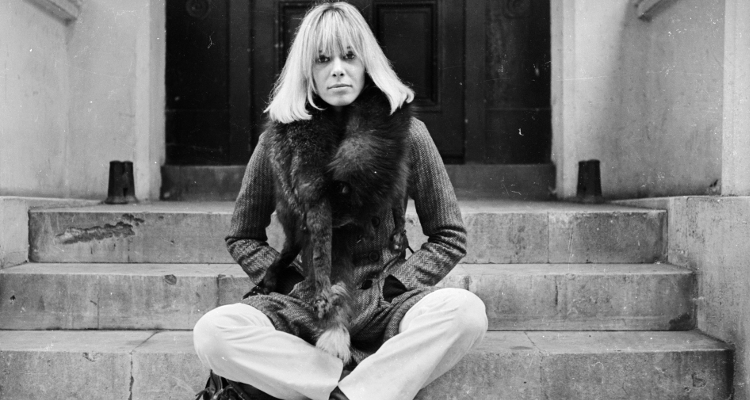 Singer Keith Richards’ ex-partner died on Tuesday at the age of 73. Anita Pallenberg’s cause of death is not yet known. Here is everything you should know about the style icon and “It Girl,” right here in our Anita Pallenberg wiki.

Born on April 6, 1944 in Rome, Italy, Pallenberg’s father, Arnaldo Pallenberg, was an ethnic German-Italian sales agent, a hobbyist painter, and an amateur singer. Her mother, Paula Wiederhold, was a German embassy secretary. Their daughter became fluent in four languages at an early age.

At the age of 16, Anita Pallenberg was expelled from school, after which she started hanging out with the Dolce Vita crowd. She later moved to New York City, where she spent time with Andy Warhol’s Factory crowd. It was in Paris that Pallenberg started her career as a model, and studied graphic design, medicine, and picture restoration, without earning a degree.

In 1990, Pallenberg decided to turn her attention back to education. Four years later, she studied and graduated from Central Saint Martins in London with a degree in fashion and textiles. However, she decided not to embark on a career in fashion, as she found the industry to be very cruel.

Besides being a successful model, Pallenberg has made appearances in several movies over the span of 40 years. Her debut film was Barbarella, in which she had a leading role. She has since appeared in a variety of films throughout the 1960s and 1970s, taking a short break before returning to the big screen in the late 1990s. Some of her films include: A Degree of Murder, Candy, Dillinger is Dead, Performance, Love is the Devil: Study for a Portrait of Francis Bacon, Hideous Man, Go Go Tales, Cheri, Mister Lonely, and Stones in Exile.

Of course, the 73-year-old beauty had her fair share of relationships. Her relationship with Rolling Stones band members Brian Jones and later Keith Richards made headlines. In 1965, Pallenberg met Jones in Munich, where she was on a modeling assignment. Their friendship soon turned into a two-year relationship. Pallenberg revealed that while they dated, they both used acid which caused Jones to have nightmares. Pallenberg ended their relationship in 1967, after Jones had become violent towards her while the two were vacationing in Morocco. He died in 1969 after being found at the bottom of a swimming pool.

Anita Pallenberg began dating Keith Richards soon after her relationship with Jones ended. Richards had witnessed Jones assaulting Pallenberg in Morocco, and not only saved her from the situation, but also took her to England where the model moved in with him. Pallenberg and Richards dated, but never got married. She later revealed that, despite having children, being a father was an adjustment to the rock star. While Pallenberg raised their children and became sober, Richards still used drugs and would stay up all night and sleep all day.

The couple had three kids together: son Marlon Leon Sundeep, born on August 10, 1969; daughter Dandelion Angela, born on April 17, 1972; and son, Tara Jo Jo Gunne, born on March 26, 1976, who passed away 10 weeks after his birth in his cot, due to sudden infant death syndrome (SIDS) or pneumonia. The two dated until 1980 and after their split, Richards claimed that he still loved her. Now, Richards is married to model Patti Hansen, with whom he has two daughters: Theodora and Alexandra.

Anita Pallenberg’s Cause of Death

Beaming beauty busy making drinks and chatting up my boyfriend, letting him take this picture in her kitchen as we snapped Bella's look book. We'd chat about archeology and gardening. Always digging: sites, allotments, scenes #anitapallenberg

On Tuesday evening, legendary actress and model Anita Pallenberg passed away at the age of 73. Her cause of death has not yet been revealed. Pallenberg is survived by her son, Marlon (46) daughter, Angela (44), and five grandchildren.

The news of Pallenberg’s death was announced by her closest friend, Stella Schnabel, who wrote on Instagram, “I don’t think there is anybody in this universe like you. No one has ever understood me so well. You showed [me] about life and myself and how to grow and become and exist with it all … Thank you for the most important lessons – because they are ever changing and definitive. Like you. We are all singing for you, how you liked it.”