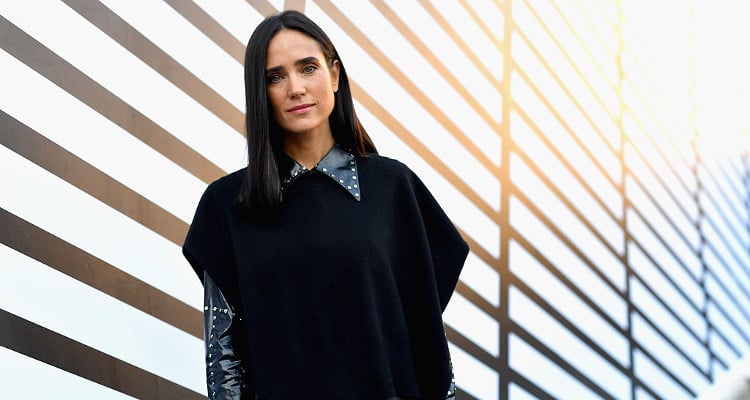 Since she was a teenager, Jennifer Connelly has been a captivating face in feature films. But her next venture will bring the acclaimed actress to our TV screens. Here’s what to look forward to from Jennifer Connelly in 2017.

Jennifer Connelly started young and became famous on the big screen with movies like Phenomena, Labyrinth, and Career Opportunities. She’s now starring in a rare TV gig with the TNT series, Snowpiercer. It is an adaptation of the critically-acclaimed 2013 film of the same name starring Chris Evans. It follows the social struggle of the last remnants of humanity aboard a perpetually moving train, when earth becomes a frozen wasteland. Here’s more about her latest ventures this year in our Jennifer Connelly wiki.

Connelly was born in Cairo, New York to Ilene, an antiques-dealer, and Gerard Karl Connelly, a clothing manufacturer. Young Jennifer was initially raised in Brooklyn Heights, where she attended a private school specializing in the arts. The family moved to Woodstock to escape the city’s smog on account of her father’s asthma, but returned four years later and she was back to her old school.

Her father’s friend suggested that a 10-year-old Connelly try modeling, and her parents sent her picture to Ford Modeling Agency. She joined Ford and modeled for print ads and TV commercials, later appearing on the cover of Seventeen in 1986 and 1988, while also releasing songs for the Japanese market.

Jennifer Connelly has earned a net worth of $20.0 million in her career. Besides acting, modeling contributes to her wealth. She is the face of ad campaigns for major brands like Balenciaga and Revlon.

#2. She Had No Interest in Acting

Connelly once said while modeling, she had no aspirations to become an actor. Nevertheless, her mother took her to acting auditions and she immediately landed her first role in Once Upon a Time in America. While filming for the movie, she made her first TV appearance in Tales of the Unexpected.

Her first lead role was in the 1985 horror flick, Phenomena. The same year, she starred in the coming-of-age movie, Seven Minutes in Heaven. Her most acclaimed movie was the 1986 film Labyrinth, which went on to become a cult classic. She balanced her work while studying at Yale for two years, and one year at Stanford. Encouraged by her parents, Connelly left college to pursue her acting career. After a few commercially disappointing films, her work in 2001’s A Beautiful Mind won her the Oscar for Best Supporting Role.

The 46-year-old will be seen in a new movie called Granite Mountain, which is in post-production now and is set to release later this year. She is also on board for the TV remake of Snowpiercer, her first foray into television in 17 years. She plays Melanie Cavill, a first class passenger who works as the voice of the train —responsible for making the daily announcements over its PA system.

#3. Her Husband Won Her Over with His Guitar

Rightfully named among the most beautiful women in the world, men are head over heels for Jennifer Connelly. But Paul Bettany is the lucky guy who calls himself Jennifer Connelly’s husband. The couple met while filming A Beautiful Mind and they both felt a connection.

The British actor admitted he was both smitten and intimidated by the beautiful actress. “I’ve never been this close to someone that beautiful before,” he gushed. “I remember thinking, ‘I bet every man you ever met has tried to flirt with you.” So, how did he win her heart? “He started playing guitar and it was all over,” Connelly confessed.

Connelly and Bettany are parents to 13-year-old Stellan and six-year-old Agnes. She also has a 20-year-old son, Kai Dugan, with photographer, David Dugan, whom she dated before meeting Bettany.

Connelly was named the Ambassador for Human Rights Education by Amnesty International. She also supports the non-profit, Charity: Water and has appeared in advertisements stressing the need for clean water. She sought donations for African, Indian, and Central American drilling projects for the organization. Connelly participated in Revlon’s annual 5k Run/Walk for Women, and was named an ambassador for Save the Children Fund to advocate children’s rights worldwide.