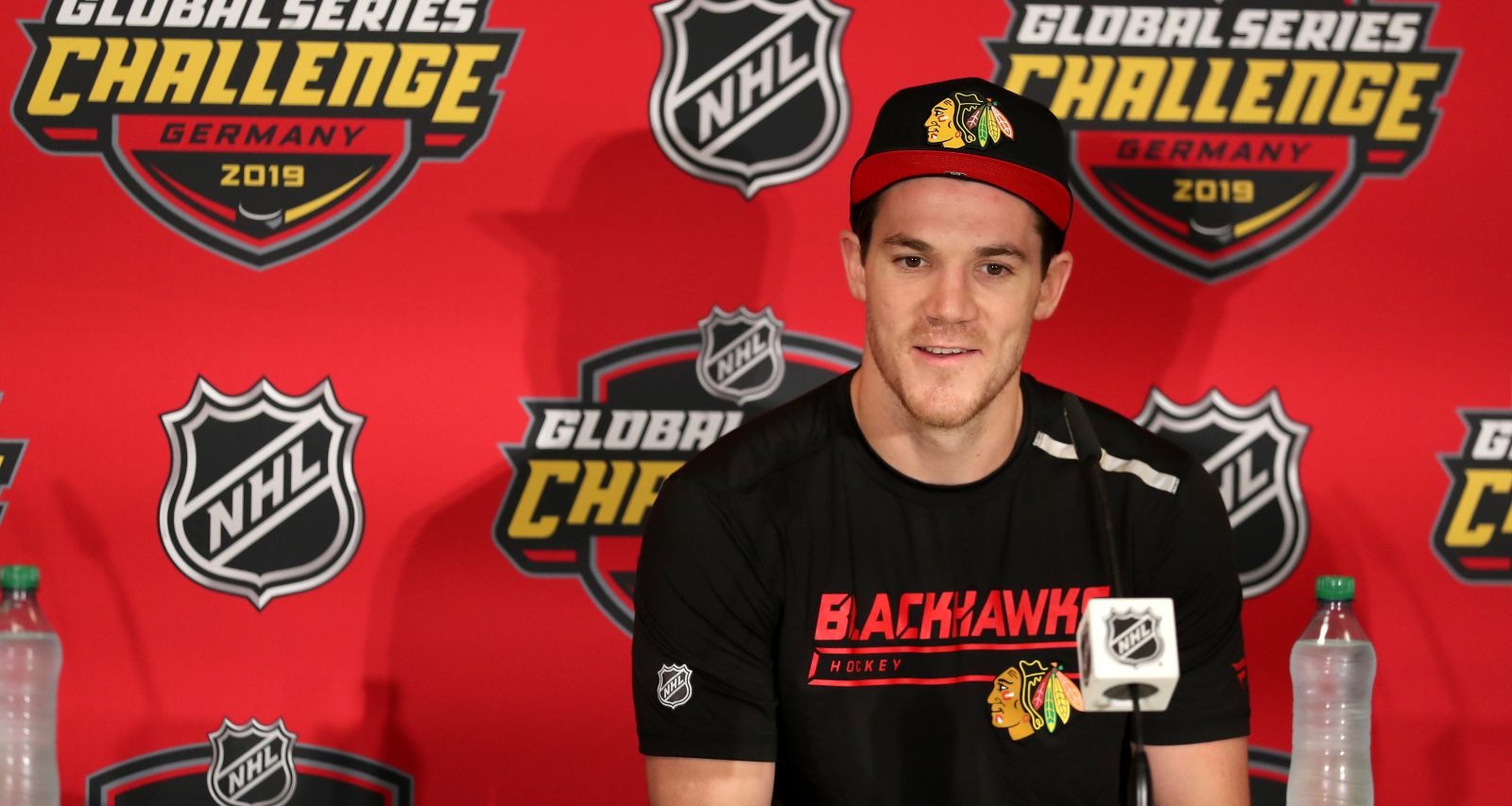 Andrew Shaw of the Chicago Blackhawks at Mercedes-Benz Arena on September 29, 2019 in Berlin, Germany. (Photo by Chase Agnello-Dean/NHLI via Getty Images)

Andrew Shaw has announced his retirement from the NHL after 10 seasons. He cited the repeated concussions he suffered while playing as a reason to prioritize his health and family. Shaw is retiring a wealthy man. In his decade-long career, Andrew Shaw earned an estimated net worth of $26.0 million. He is yet to reveal what he is going to do in retirement. His family welcomed its latest addition in 2020, so they might be at the top of his list now. Nonetheless for his fans, we look back at Andrew Shaw’s career.

Andrew Shaw was born on July 20, 1991 in Ontario, Canada. As his family predicted, he embarked on a successful hockey career.

Shaw began his career as a junior player in the Ontario Hockey League in 2008. The Chicago Blackhawks selected him in the 2011 NHL entry draft, and he made his professional debut the same year.

He was traded to the Montreal Canadiens in 2016, with whom he signed a six-year contract worth $23.4 million. His time with Montreal was riddled with rough playing, injuries, and concussions.

Shaw was traded back to the Blackhawks in 2019, which his fans celebrated. But more concussions and the subsequent recovery would render him unable to play.

After suffering another concussion in February, Andrew Shaw announced his retirement from the NHL on April 26. His contract would have kept him until the 2021-22 season, with his total career earnings projected to hit $28.0 million. But as it stands, his career earnings until the 2020-21 season are estimated at $26.0 million.

The following table illustrates Andrew Shaw’s earnings throughout his career.

After getting traded for the first time in his career, Shaw got engaged to his longtime girlfriend, Chaunette Boulerice, in 2016. They married on August 12, 2017, after he had recovered from recent concussions.

In 2018, Shaw and Boulerice gave a first glimpse into their Montreal home. Although the exact price of the house is not known, it is reportedly over a million dollars. If they have a home in Chicago, there’s no information on it.