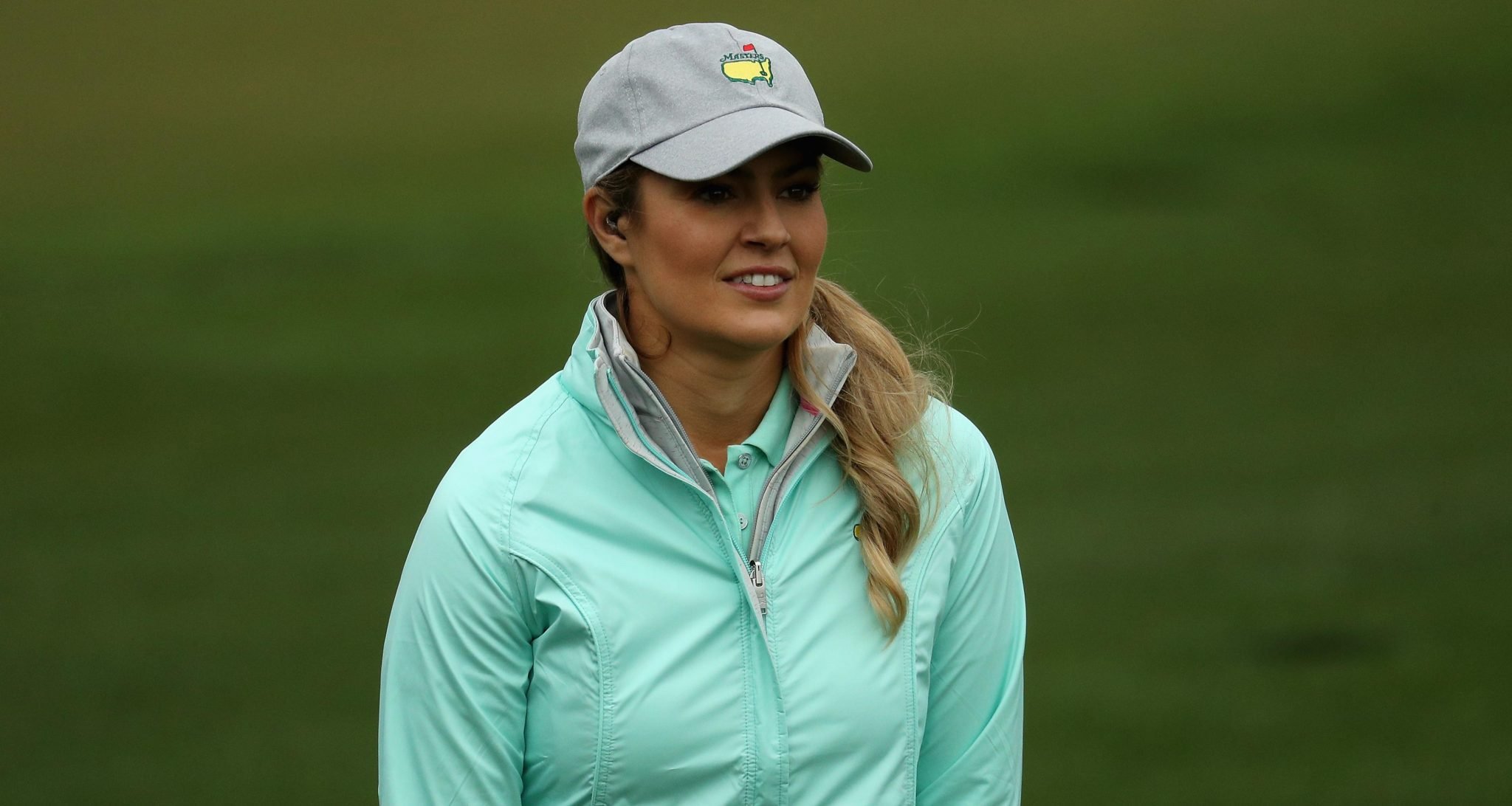 Amanda Balionis looks on during practice round prior to the start of the 2018 Masters Tournament. Credits: Patrick Smith/Getty Images

Amanda Balionis, CBS’ golf reporter, spends her days on the green either covering golf tournaments or playing a game or two with her family. In January, she was named as one of the most stylish people in golf! So, it comes as no surprise that many people want to know more about her. For those with curious minds, here are some facts from Amanda Balionis’ wiki!

Who Is Amanda Balionis?

Just trying to be like @hallyleadbetter ?‍♀️ looking forward to a great final round in Memphis, see ya’ll at 3pm ET on @cbssports

Amanda Balionis, age 32, was born on June 20, 1986. She is originally from Pittsburgh, Pennsylvania and grew up in Upper St. Clair, but she moved to Lancaster with her family at the age of 10.

From a very young age, Balionis was obsessed with sports and belongs to a family of golf fanatics like her. She took lessons on a golf course when she was around eight years old and played volleyball throughout her high school years.

In 2004, Balionis graduated from Manheim Township High School. She then attended Hofstra University to pursue her studies in broadcast journalism and graduated in 2008.

While studying at college, Balinois was actively involved in several activities. She was a part of the institution’s WRHU radio station, the Association for Women in Communications, and The Chronicle student newspaper.

Balionis interned for several news networks during her time at Hofstra, like CBS 2, ABC News NOW, the New York Islanders and the New York Jets.

In 2009, Balionis began working as a reporter covering high school sports for the MSG Network. She then worked as a reporter for PGA Tour in 2011, covering professional golf from day one, and has appeared on shows like Trending on Tour, Buy a Mulligan, and PGA Tour Live.

She joined the team at CBS Sports as a golf reporter in 2017, working select tournaments. And she was more than excited when she was offered the position.

“I don’t think they fully understood what I meant. But after my first hit at the Genesis Open, the first text I got was from my mom, and she said, ‘Oh my Gosh, Jim Nantz knows your name!’ I was like, ‘I know!’ So that was a surreal moment. In this business, the CBS Golf team is the best of the best, so I just feel so grateful being a part of it,” she added.

Additionally, Balionis is a media correspondent at Callaway Golf, which she joined in 2016. She is also still a contributor for Turner Sports’ digital platform.

What. A. Week. Congratulations to Brooks Koepka winning the 100th @PGAChampionship in his 100 start. Kudos to TW and Adam Scott on a hard fought Sunday as well ?

Balionis currently lives in San Diego, California with her dog. As of now, she plans to stay with CBS Sports. However, her goal is to report on golf and football full-time.
Recently, Balionis had the chance to interview famous golfer Tiger Woods and was quite excited about it.

Also Read: Everything You Need to Know about Ichiro Suzuki’s Wife, Yumiko Fukushima

During her first year with PGA Tour, Balionis went to the Tour Championship. She didn’t really know a lot of the players at that time. There were 30 players on the field, and she wrote a full note card on each one of them.

Her interview with Dustin Johnson didn’t go as she had planned and still remembers it vividly. Balionis misread her notes and said something about him being in his third Presidents Cup, but it was his first.

She looked at the camera and said, “Thanks, Phil. Guys. You’re Phil!”

They somehow got through the interview, but she learned her lesson.

“Keep it simple, be confident in what you know and don’t try to do too much,” Balionis said.

Spent tonight learning about the Marine Raider Foundation and being reminded of the sacrifice so many courageous men and women make for us. To keep us safe, to give us freedom. Tonight was also a reminder of all of the ways we can support these heroes and their families who are just as brave and sacrifice just as much. ♥️?? check this Foundation out, to learn how you can help @marineraiderfoundation

In January, Golf magazine named Balionis as one of the most stylish people in golf. Although she earned the title, she did reveal that she had to style herself and do her own hair and makeup back in 2011, when she was working with PGA Tour.

Back then, Rugby shirts were considered quite fashionable. So, she wore one wrapped around her on camera.

Her mother called her and told her, “Donate that shirt. I never want to see it on you again.”

Amanda Balionis’ parents got married on June 20, 1978, which means the couple has been happily married for 40 years now.

Her mother, Dana Caplan Balionis, graduated in 1966 from Taylor Allderdice High School and went on to attend the University of Michigan. She is now retired and lives in University Park, Florida.

Balionis’ father, Anthony Balionis, doesn’t seem to be very fond of social media. He is not active on Facebook or Instagram.

His daughter, on the other hand, feels that social media is the perfect place to get feedback from viewers. It helps her to work on herself and she takes it in a stride.

Amanda Balionis finds it difficult to watch herself infront of the camera. So, she will ask her friends or family members to watch her work and to give her feedback.

Who Is Amanda Balionis’ Partner?

Back in 2014, Balionis replied to a tweet and said that she was in a relationship. However, she hasn’t yet revealed person who she’s romantically involved with.

A social media user asked Balionis in 2015 if she was engaged, to which she replied, “No.” She even cleared the air about the ring on her finger by saying that she was not engaged.

As of now, Balionis’ significant other’s name and profession is still a mystery. She doesn’t post anything about her relationship on her social media profiles.

She Has Done Some Charity Work

On Fridays we wear #PuppiesAndGolf ! Have you ordered your limited edition Puppies & Golf shirt yet? So many different colors and styles ALL profits going to @k9sforwarriors . Look good/feel good. If you already have yours take a pic and post it so @callawaygolf and @puppiesmakemehappy can show ya some love! Happy Friday! ?⛳️ or on PuppiesMakeMeHappy.com

Balionis has a French Bulldog named Chorizo and is a huge dog lover. She has done some charity work with K9s For Warriors, an organization that assists post-9/11 veterans.

In 2017, Amanda Balionis, along with her friends, were promoting T-shirts that read, “Puppies and Golf.” The sales proceeds went to charity.

With her knowledge of and dedication to golf, coupled with her hard work and determination, don’t be surprised if you see more of Amanda Balionis on your TV screens.