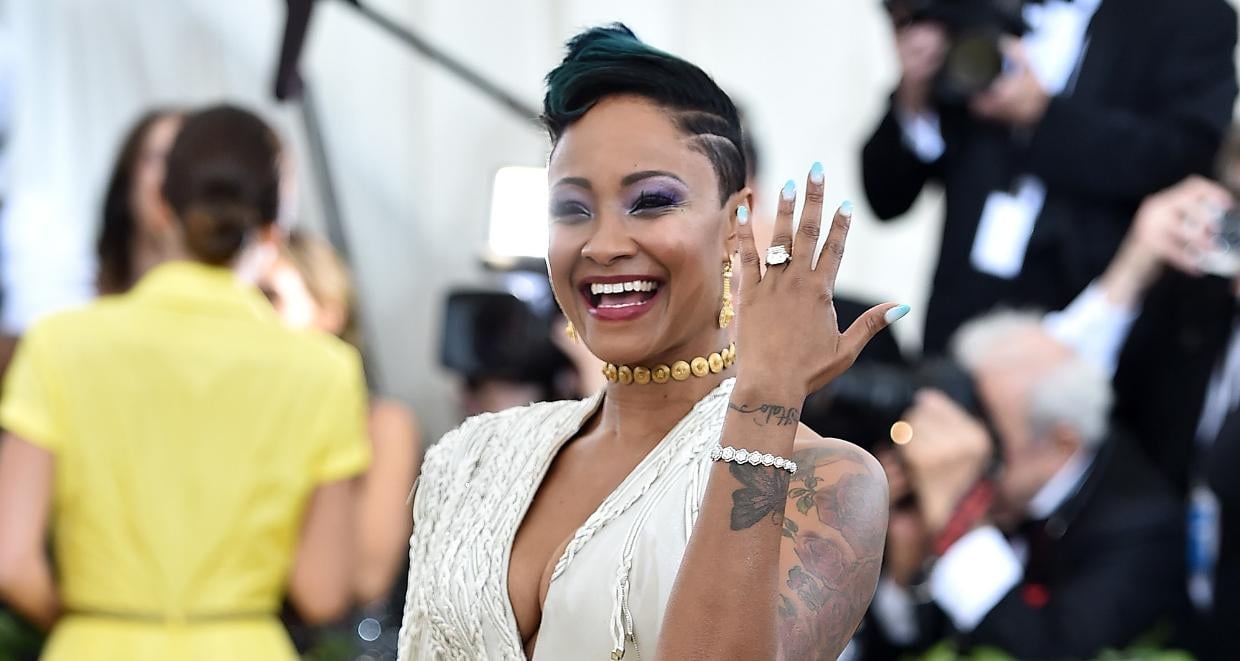 If you ever think romance is dead, just look at 2 Chainz. The rapper is a one-woman man with eyes only for his lovely wife, Kesha Ward. They have been together for years without so much as of a blip of a scandal in their relationship. And last weekend, all eyes were on this popular couple as they finally tied the knot!

2 Chainz goes all out for the mother of his three children. 2 Chainz and his wife, Kesha Ward, have been together for as long as he’s been in the spotlight. He gave her the sweetest proposal at the 2018 Met Gala and pulled out all stops to make their wedding special.

Even Kim Kardashian and Kanye West couldn’t take the spotlight from the happy couple at the Versace mansion wedding. Our Kesha Ward wiki looks at the work and philanthropy of 2 Chainz’s wife.

They Married in Miami’s Versace Mansion 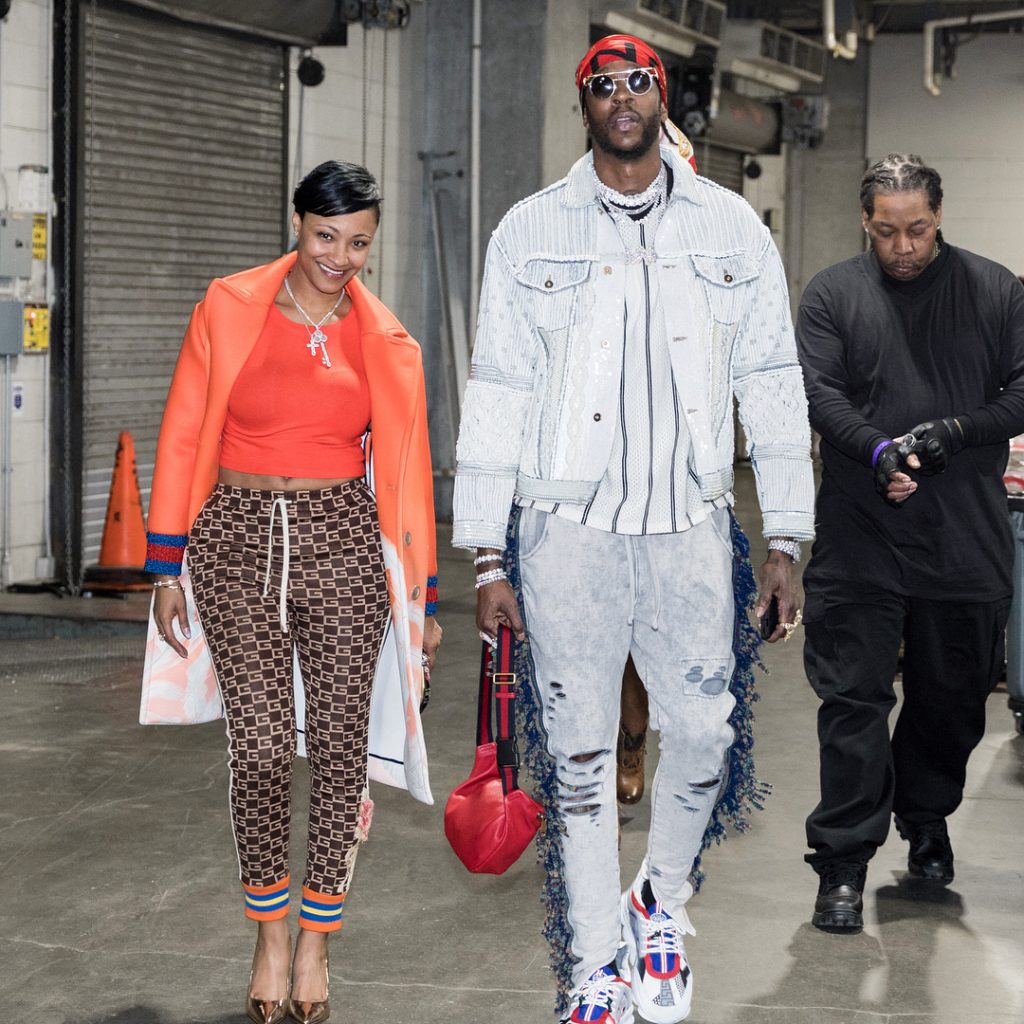 Georgia-born Tauheed Epps, better known as the hip-hop star 2 Chainz, has been with his longtime love, Kesha Ward, for years. Born Nakesha Ward, she appears to be a native of Georgia, too.

While 2 Chainz can command attention everywhere he goes, he keeps his personal life on the down-low. So, there’s very little known about Ward and their kids. It’s also not known exactly when or how long they have been together.

Ward’s Instagram is private, though she and the kids do pop up on 2 Chainz’s Instagram on occasion.

He reportedly proposed to Ward the first time in 2013, during the BET Awards. But they didn’t go ahead with their wedding plans at that time. Still, they referred to each other as “husband” and “wife,” which led many to believe they had married already.

So, it came as a bit of a shock to fans when they witnessed 2 Chainz get down on one knee and pop the big question to Ward at the 2018 Met Gala red carpet in May!

Most people couldn’t take their eyes of the snazzy engagement ring he presented her with at the event, and three months later, the two were hitched!

The two were officially wed on August 18, 2018 and people are still buzzing about the star-studded affair!.

He reportedly dropped a fortune of $300,000 to have their wedding at Villa Casa Casuarina in Miami, Florida, the famed Versace mansion where Gianni Versace was killed by Andrew Cunanan.

The venue was a no-brainer considering 2 Chainz, (unlike most Gucci-loving rappers), loves Versace couture. He couldn’t even decide which of his Versace shoes he should wear to the ceremony!

He has even teamed up with Donatella Versace for a sneaker collection in the past. And it was most fitting that the two tied the knot at that venue. The couple were wearing Versace at the Met Gala when they got engaged!

The wedding guest list included 2 Chainz’s famous friends, including Kanye West and Kim Kardashian West, along with Pusha T and Lil Wayne. Epps’ mom even cheekily declared that if she were 50 years younger, Kim Kardashian would have stiff competition. (We can’t deny that Kim K’s neon green dress caught the attention of everyone in attendance!)

A white tiger was also spotted entering the swanky venue, though in a cage flanked by 10 security guards.

It’s unknown if the feline was part of the actual ceremony, but he or she did make an appearance in a video shared by 2 Chainz on Instagram.

Also Read: Everything You Need to Know About Gucci Mane’s Wife, Keyshia Ka’oir

They Have Three Children Together 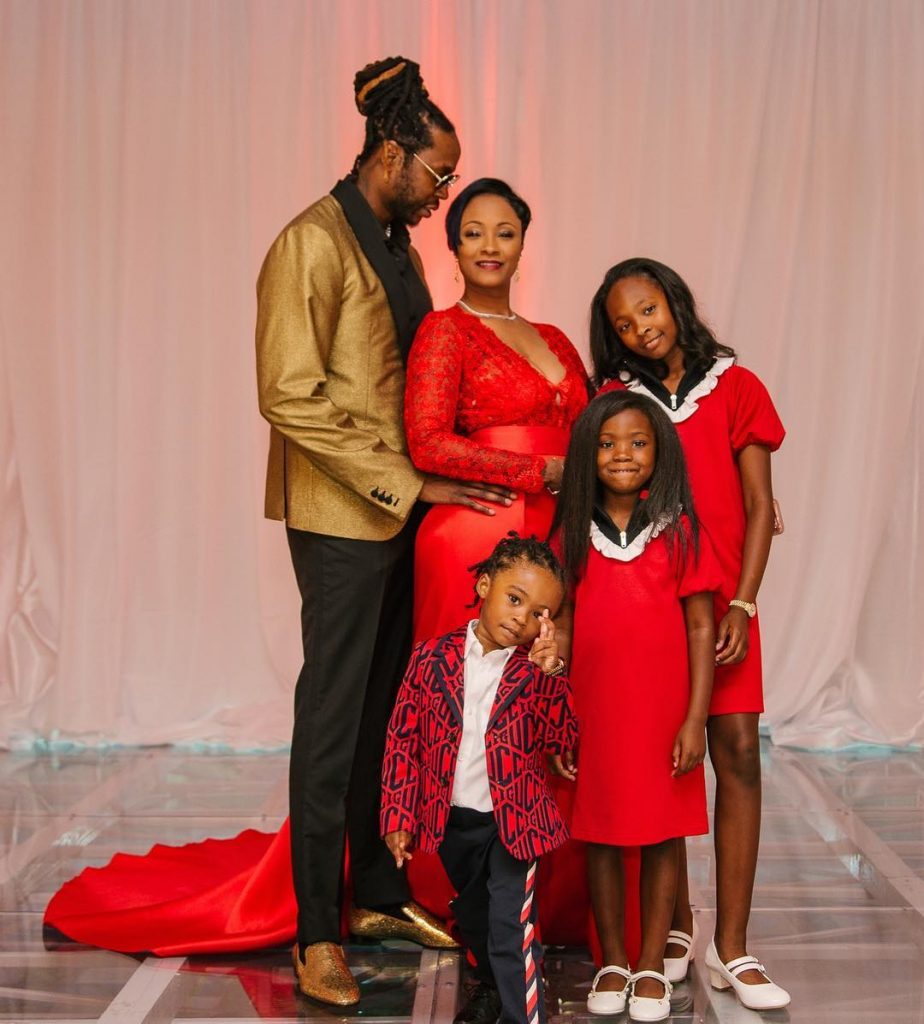 Epps and Ward are parents to two girls, Heaven and Harmony. Their son, Halo, was born in October 2015.

The entire Epps family was dressed in red and gold for the “Drenchiest Rehearsal Eva.” 2 Chainz shared pictures of their family portrait and they couldn’t have looked any cuter!

The Epps’ didn’t go the Versace route for the rehearsal dinner. Instead, Heaven, Harmony, and Halo were seen sporting pieces from Gucci’s kids collection.

She’s an Educator and Philanthropist

Nakesha Ward is the owner of two businesses registered in Atlanta, Georgia. She’s the founder and CEO of TRU Foundation, 2 Chainz’s nonprofit organization that aims to help the Southside Atlanta community.

With a bachelor of science degree and over a decade’s experience in childcare, Ward established her preschool and childcare facility, A Gift from Heaven Academy (named after her daughter, Heaven), in Atlanta.

Ward is director of the school. She has previously worked in pre-school and kindergarten environments, and has been a manager and director of childcare facilities in the past.

A Gift from Heaven Academy and TRU Foundation have come together to hold annual school drives in Atlanta.

She also owns an entertainment and recreation company called Bouncing With Harmony. LLC.