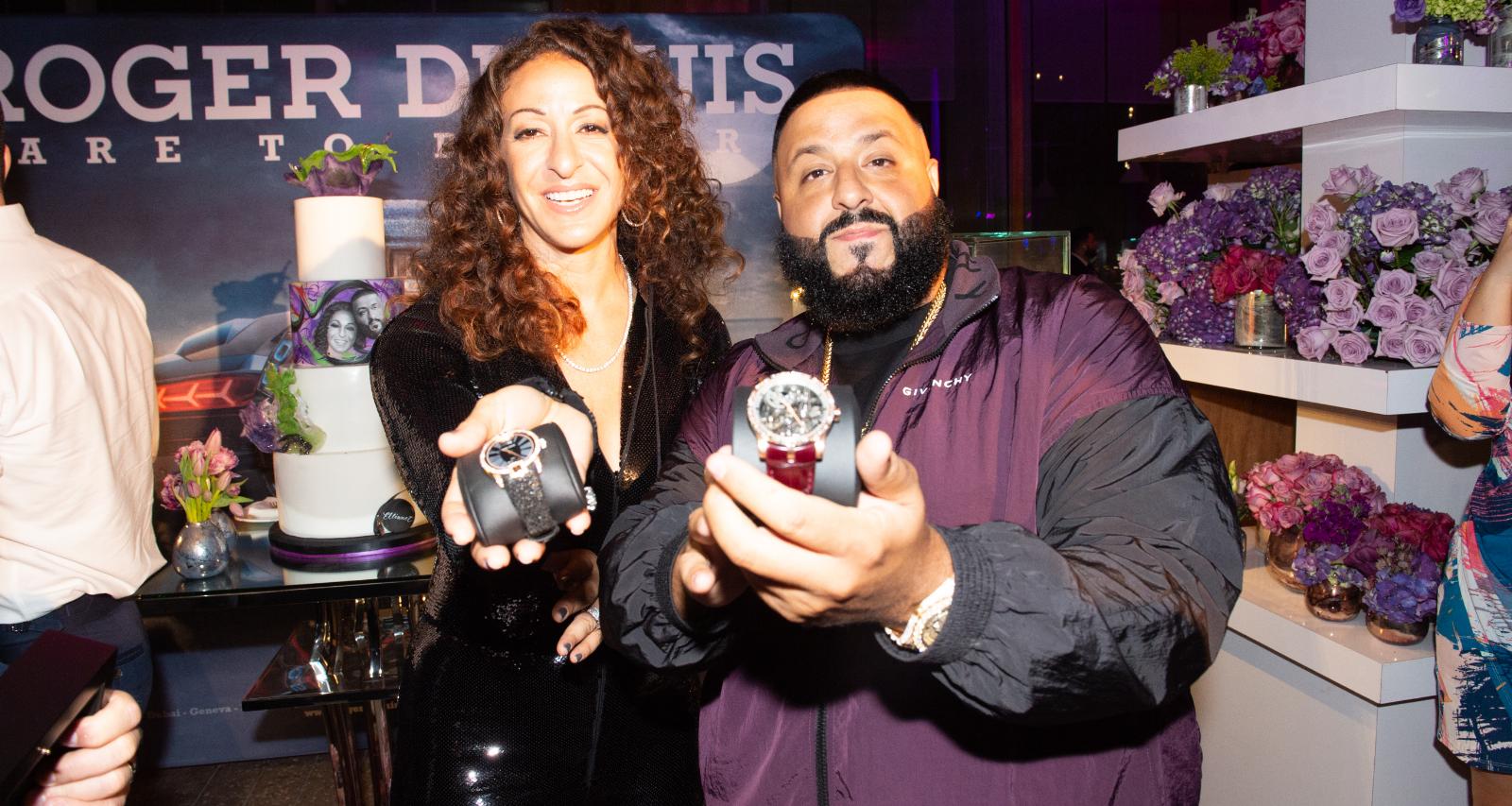 DJ Khaled is certainly a one-woman man. The record producer and King of Snapchat has been in a relationship with Nicole Tuck for a long time now. Even though Khaled is extremely active on social media with his adorable son, Asahd Khaled, Nicole Tuck is fairly private.

American record producer DJ Khaled can say some pretty motivating things at times. But an old interview that has resurfaced has become polarizing.

DJ Khaled claimed he would never go down on a woman! That turned the spotlight on Nicole Tuck, his longtime partner, wife, and “The Queen” of his Snapchat empire. We have come to know her as little Asahd Khaled’s mom. While feminists everywhere are enraged that Khaled feels “the rules are different for men” and women should “praise the man—the King” by doing whatever necessary in the bedroom, he does not believe those sexual actions should be reciprocated. But does his wife agree? (Seems she got the short end of the stick here!)

Who Is Nicole Tuck?

DJ Khaled tends to appear on our social media feeds a lot. And we get to see his adorable baby boy, so we’re not going to complain.

However, his wife, Nicole Tuck, keeps a low profile and rarely makes an appearance on Khaled’s social media feeds. She doesn’t reveal personal information about her family, either.

It’s well known that the couple met long before Khaled became a music mogul. Like Khaled, Tuck is of Palestinian descent. She also has an African-American heritage.

She was born on December 7, 1975, which means that Nicole Tuck is 42 years old. She grew up with her two siblings in New York.

Her mother, Pauline Vitale, was born in New Jersey and currently lives in Florida.

Vitale expressed her wish to go to Amsterdam on her Facebook page. So, Tuck made her dream come true and went on a European vacation with her mother in September 2015.

She even shared a photo of her dad on social media, on Father’s Day last year. Here’s the pic of him from Nicole Tuck’s Instagram account.

Happy Father's Day to the very best father in this world!! #oneofakind I love u!! Xoxo ?

The 42-year-old’s now inactive Facebook page reveals that she attended Marymount Manhattan College to earn a Bachelor’s degree in fine arts. She later acquired a Master’s in education from Fordham University. Her sister, Freshie Tuck, also went to Fordham.

Tuck also has a stepmother and stepsiblings.

Always There for Her Man

ABU stands for “Always Be U (You).” (We have a feeling that DJ Khaled had something to do with the name.) It is a hip-hop-inspired streetwear brand influenced by the two places she lived in—New York and Miami.

At some point, ABU went out of business. However, Tuck keeps herself busy by managing her man’s career.

These days, the 42-year-old represents Khaled as an unofficial manager. Tuck also helps him run the business side of his music empire. She’s also promoting Khaled in the rare moments she uses social media and makes red carpet appearances with her son and husband.

For all the oversharing he tends to do, DJ Khaled never talks about how he met Nicole Tuck. It is believed that they dated for at least a decade before they got engaged.

Tuck has been by her man’s side throughout his career and weathered a few controversies along the way. She especially stuck by him when Khaled publicly proposed to Nicki Minaj in 2013.

That moment caused a frenzy among fans of both artists. That was, of course, a publicity stunt for his new album and Minaj was quick to laugh it off. But at least we know Tuck is one secure woman who trusts her man, even when he faux-proposes to another woman!

The couple later got engaged, and Tuck gave birth to their son on October 23, 2016. The private couple reportedly married sometime after their son was born.

KHALED FAMILY VACATION ?? THANK YOU GOD FOR MY FAMILY!!! GOD IS THE GREATEST!!! mommy daddy @asahdkhaled Swipe for vibes ??

She makes the occasional appearance on her husband’s Snapchat. In fact, she famously “snapped” at Khaled in a Snapchat video last month.

In the video, she can be seen busting her chops during a boxing workout while her supportive man cheered her on with one of his signature motivational speeches. But this lady would rather workout in peace and paused midway to tell him to “shut the f**k up. I ain’t like you. I don’t need to have you in the background talking s**t, tell me to workout. I can work out without you talking.” Damn!

Khaled was wise enough to stop the video right then and there.

He Broadcasted Her Childbirth

DJ Khaled’s wife doesn’t follow his social media policy. But in the past, she promoted her charitable cause, Hope for Harvest, and her jet-setting days. These days, she shows off her adorable son more than anything.

However, Tuck was cool with Khaled documenting their son’s birth on Snapchat, because this is DJ Khaled we’re talking about. The record producer let his Snapchat followers watch Tuck grit her teeth through contractions, conversations with the doctor, and the entire delivery!

He had made his intentions to Snapchat Asahd’s birth months earlier on Jimmy Kimmel Live! Back then, Kimmel asked him what was Tuck’s opinion on Snapchatting the whole process.

ok so I'm convinced he has the mind of a teenage boy pic.twitter.com/epzhPjceny

The record producer said, “The key is that I’m the king and every queen should support the king.”

And then his “king comments” continued. DJ Khaled made a similar statement during the infamous 2015 interview with The Breakfast Club, where he said that he never performs oral sex on a woman! His reasoning? He’s “The King” and that bedroom rules are different for men and women courted controversy.

He went on to add that even though he refuses to ever go down on his wife, it would be unacceptable for her to refuse to go down on him. The uproar from his comments was swift and harsh…

Nicole Tuck hasn’t responded to this rehashed drama. But the Internet has been in peak troll mode ever since!

Just like his recording career. Other people provide the talent and he sits there like a hack, shouting his name for no reason.

A King who doesn't is no King at all. https://t.co/Jg1GAlfIjI

No wonder she’s always angry in his snaps lmao

Things I didn’t need to know about that will haunt my dreams. https://t.co/JXKJrgAz6x