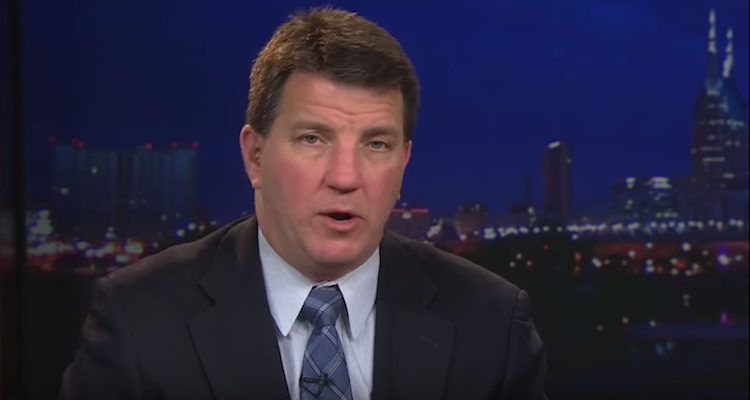 What happened to Steve Hayslip? Viewers in Nashville are wondering about their favorite missing news anchor and they want answers. Where is Steve Hayslip now? To get more on that and his life, here’s our Steve Hayslip wiki.

Who is Steve Hayslip?

Steve Hayslip’s News Channel 5 career started in 1999, and the Emmy-winning anchor was raised in his hometown of Memphis, Tennessee. He attended Southern Illinois University, Carbondale from 1981 to 1985. Before joining the Nashville team, he worked at WREG-TV in Memphis as a reporter-anchor, from 1986 to 1999.

“I always say being a journalist is the greatest job in the world,” said Hayslip in his News Channel 5 profile. “Because it takes you places you never dreamed possible.”

He covered events from the Oklahoma City Bombing to the Presidential Inaugurations and they all apparently “changed him.”

Hayslip met his wife, Kathy Blake Hayslip, when he was attending university. They now have three kids together: Andrew, Elizabeth, and Paul.

“We have three terrific children: Andy, Elizabeth, and Paul,” he said. “My free time is spent hanging out with them, playing sports, or tinkering on antique cars.”

Where is Steve Hayslip Today?

For almost 20 years, Hayslip has been the first thing people see in the morning but out of nowhere, the popular news anchor was missing! According to the network, Haylslip left his job to join his wife in their skincare business with Rodan + Fields.

“Steve has been my ‘silent supporter’ for three years, as we’ve watched our business grow, realizing all along that BIGGER things are on the way!,” said Kathy in a Facebook post. “The funny thing is, STEVE was the one who saw the vision of this opportunity to partner with the doctors that created Proactiv, and said, ‘We are sitting on a Goldmine, and we’ve got to tell everyone!’ He urged me to start sharing this business and these products with friends, and within one year, I matched my full-time teacher’s income! I’m sure glad I followed his entrepreneurial lead! We are now able to not only help build our own financial future, but that of our friends and business partners who have joined us! WHAT A FEELING! [sic]”

Kathy announced on Tuesday that Steve would give his personal experience with the business in a live Facebook post, saying: “You’ll see the passion and fire that burns in him to help others as only THIS business can do. He’s also finally able to get some sleep (which he NEVER did with his early morning TV job) and get his health back!
I’m so happy that my best friend, and the most wonderful husband in the world will be by my side in a business that we both love, and is truly changing skin and changing lives! [sic]”

So, why didn’t Hayslip give one last farewell show? According to the network, he was dealing with a family situation out of state and didn’t have time to say goodbye. The network didn’t go into further detail but did wish him well, saying: “From all of us at NewsChannel 5, we want Steve to know we will miss him and we can’t wait to cheer for his success in this next chapter of his life.”