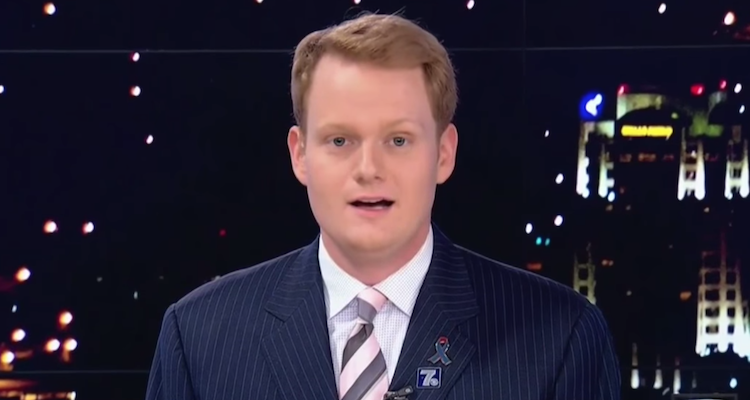 Chris Hurst just won a Virginia delegate seat, but all anyone is really asking about is the tragic story behind Chris Hurst and Alison Parker, his girlfriend who died on live TV. To learn more about this story, here’s our Chris Hurst wiki.

Chris Hurst’s age is 30 and he is a former TV anchor who was born on July 9, 1987 in Philadelphia, Pennsylvania. He worked for WDBJ, a news station in Roanoke, Virginia. He went to school in Boston, where he graduated from Emerson College.

If you have been following Chris Hurst’s Twitter account, then you already know that he won the race for the 12th district for Virginia’s House of Delegates. Hurst, a Democrat, is a fresh face in politics and received just over 53%  of the votes on Tuesday. A key part of his platform was minimizing gun violence.

“We must change the way we address the thousands of Virginians who die each year by bullets from guns,” said a statement on his website. “I think we do that by realizing this is a public health crisis because more people in the commonwealth die from gun violence than in car crashes. My focus remains on those most susceptible to homicide and suicide from firearms.”

He added, “I will work to protect men and women of color in cities from dying on the streets, to help women find safety after taking the courageous move to leave a dangerous relationship and to encourage parents to make sure children don’t have unsupervised access to a gun.”

Saying good luck and congratulations to one of my favorite people, @linds_anders!! We're all gonna miss you but what an incredible adventure for you in Kansas City!

While Hurst should be celebrating his win, many still remember when his girlfriend of nine months was killed on live TV in 2015. In a February op-ed for The Daily Beast, Hurst said that he was leaving his position as a broadcast journalist.

“In 2015, my girlfriend Alison Parker was executed on live TV,” Hurst said. “Now, I’m leaving my career at the station where she worked to fight for the causes she and I value the most.”

“Going into the newsroom each day began to numb me to the humanity on which I was supposed to be reporting,” Hurst wrote. “The only way I could read news of murders, protests, hatred, and loss was to insulate myself from that human emotion. Even as I connected with people in a new, profound way on TV, I was becoming a shell. The man Alison loved began to fray at the edges.”

Alison Parker, 24, the daughter of Andy Parker and Barbara Parker of Martinsville, was shot repeatedly and killed along with her cameraman, Adam Ward, 27. They were killed during their early-morning shift assignment by Vester Flanagan, a former employee at their TV station.

His Promise to Parker’s Father

Hurst got into politics for very personal reasons and made it his mission to make changes to the current gun laws, in memory of Parker.

“I pledged to her father,” Hurst told People. “Her father wants me to help him do whatever it takes to make sure not one more family has to go through this kind of unspeakable violence.”

Parker graduated from James Madison University in 2012, which made the Alison B. Parker Memorial Fund in the School of Media Arts & Design.

Going to see Shakespeare in Staunton on a Midsummer Night!